Finding An Expression For A Tricky Sine Wave:

See Lowermost Image For A Higher Quality Rendering of The Wave Whose Function I'm trying to Find.

Important Note. I found the best fit thus far; but, it seems arbitrary or maybe I just don't understand why it works (see image above the lowest image!). (It's also not as good a fit as it could be.) It might be helpful for those answering to look at it and or try and explain / think about what's going on....

One thing that must be kept in mind is that a sine wave can be regarded as a helix viewed from the side: Viewed head on, my sine wave would be a special type of golden spiral.

If people wouldn't mind, I'd like to address this parametrically.....

(See images; the sine wave I'm trying to find a function for is in blue, and my attempts to find functions in desmos are in red.)

I've been working to find the function for creating this sine wave over a long length of time. Unfortunately, I can't seem to arrive at an accurate function. I've found functions that correspond to parts of it closely, after scaling (my image); but I just can't seem to make any progress with regard to the whole thing. I'd really be thankful for some help from someone more skilled / with access to technology capable of solving this problem. Thank you all for your time!

I'm sure someone will have fun working on this; I certainly did for some time, but feel that I've reached my limit and would really like a true an correct answer! 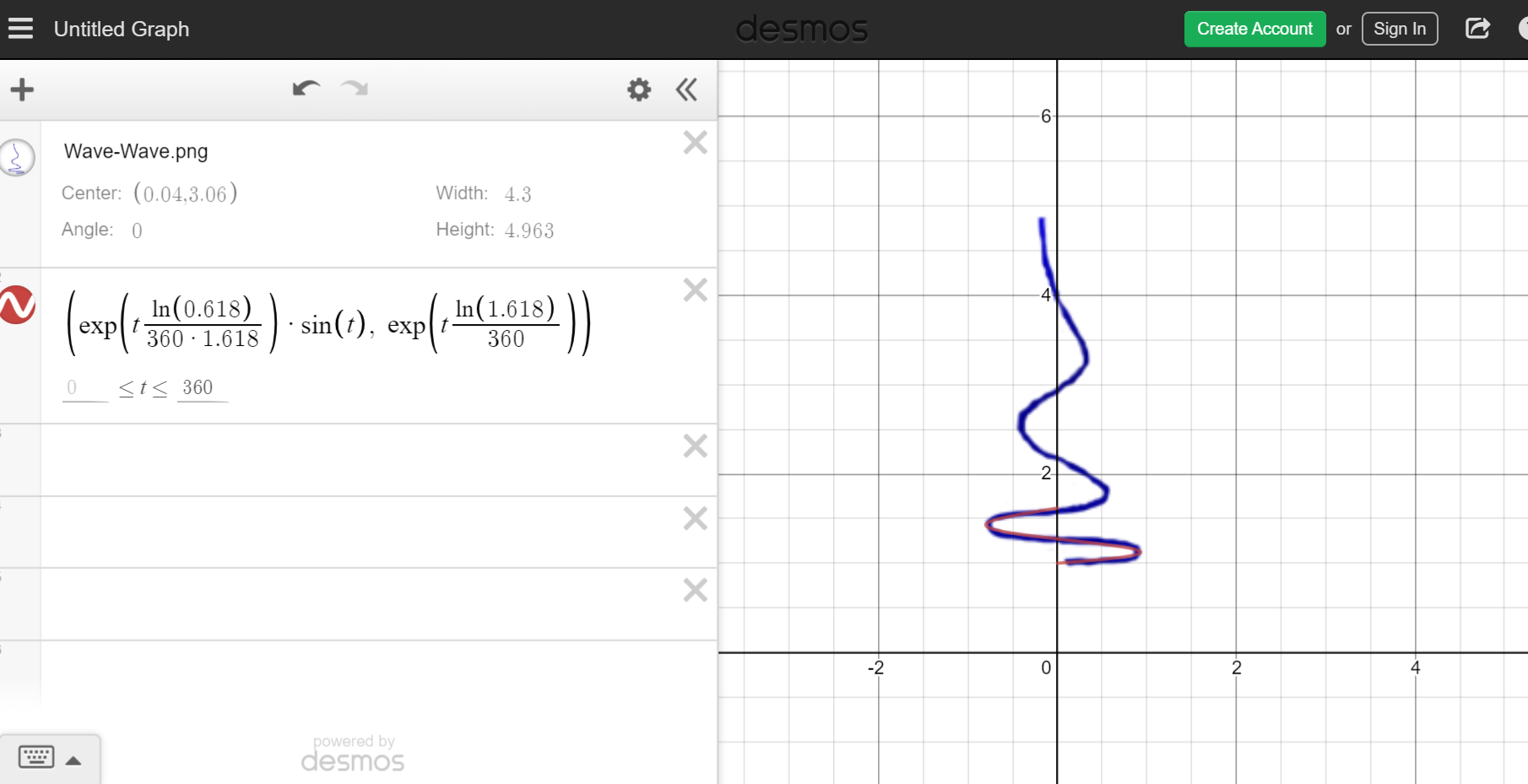 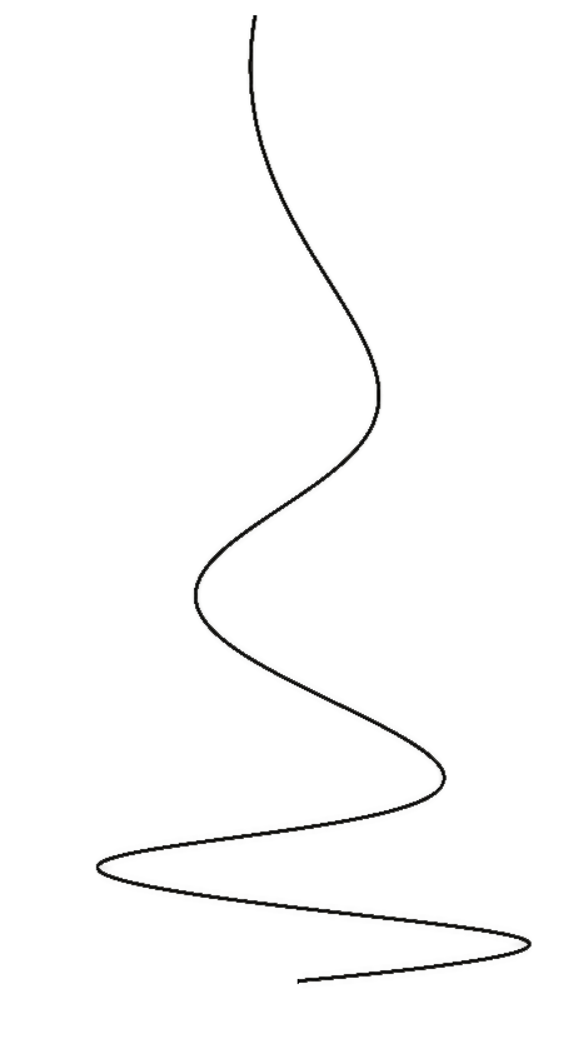 If that's the case, then the equations must be of the form 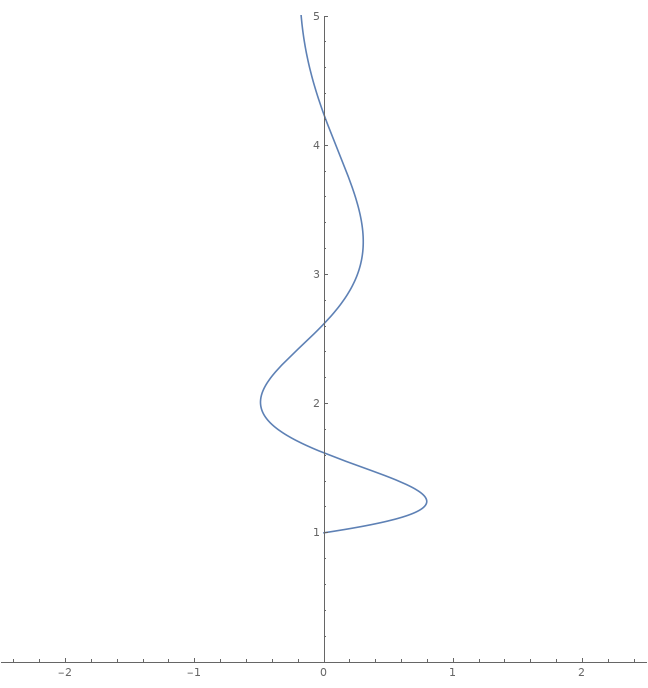 This isn't an answer, per se, but something that may help: This sine wave is meant to fit perfectly on a correctly scaled hyperbola / moved. All sine waves of the form given will do this.

Note. In this case, however, I scaled / moved my image, not the hyperbola. 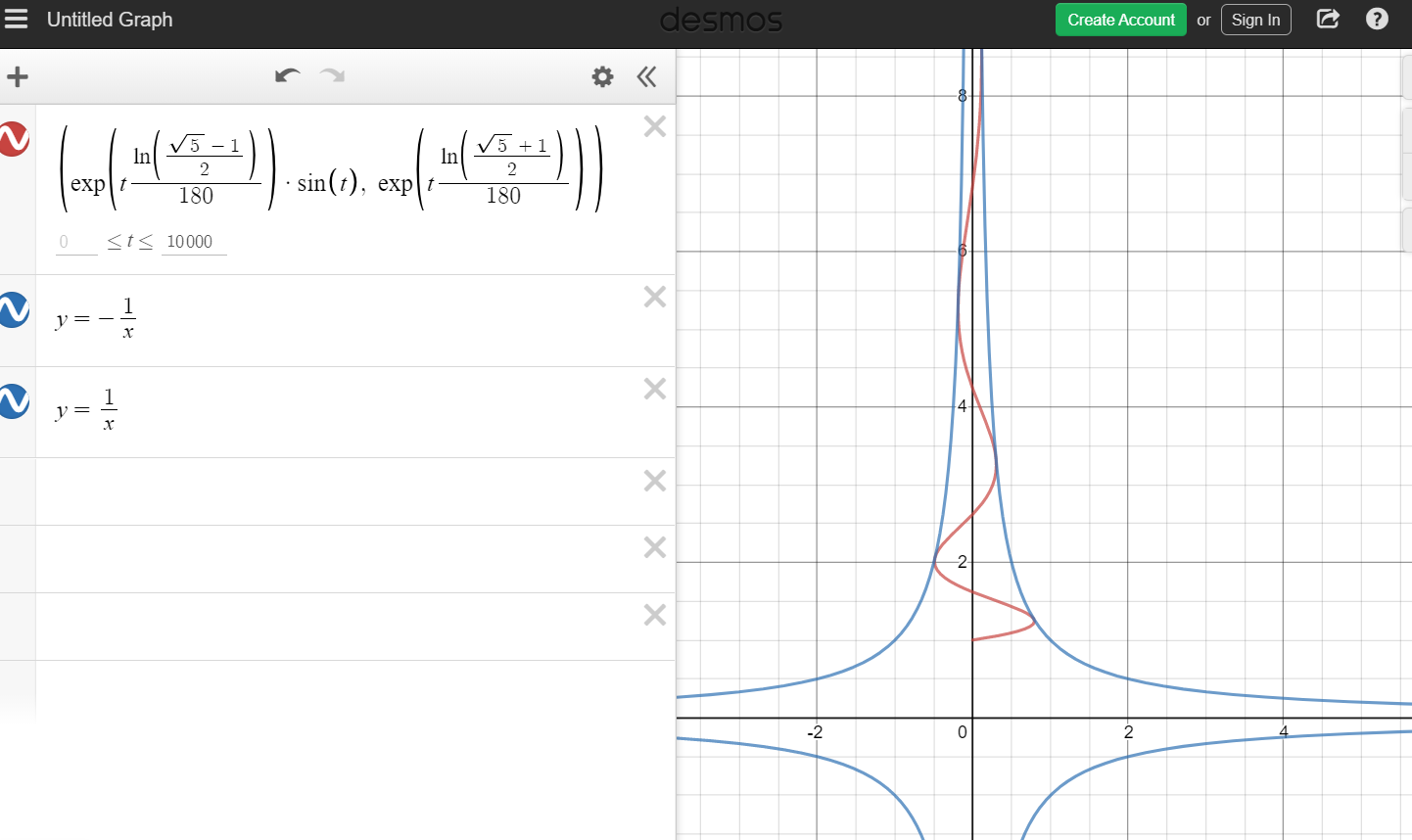 Not the answer you're looking for? Browse other questions tagged calculus algebra-precalculus trigonometry wave-equation golden-ratio or ask your own question.