Not sure what is next though.

To prove this, let $N$ be the midpoint of the arc $AB$ of the circumcircle which contains $C$. Then $NA = NB$ holds, and by the inscribed angle theorem, $\angle DBN = \angle FAN$. Together with $DB = FA$, this implies that the triangles $DBN$ and $FAN$ are congruent (and have the same orientation), and hence $\angle BND = \angle ANF$. This yields, together with the inscribed angle theorem, $$\angle FCD = \angle ACD = \angle AND = \angle ANF + \angle FND - \angle BND = \angle FND,$$ and thus $N$ lies on the circle $(CDF)$. Therefore, the radical axis of $(ABC)$ and $(CDF)$ is the line $CN$, which is the exterior angle bisector in $C$ (this is well known, but also immediate from the inscribed angle theorem, since $AN=BN$). Analogously, the radical axis of $(ABC)$ and $(BDE)$ is the exterior angle bisector in $B$, and thus the radical center of the three circles is the excenter, as claimed. 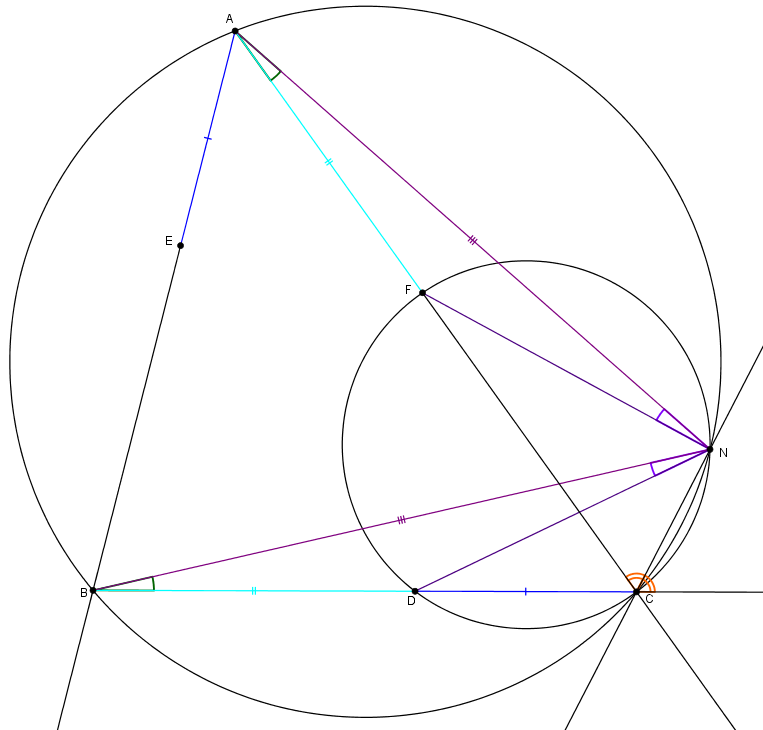