Volume of a solid created by an extended tetrahedron

Every edge of a tetrahedron with length $p$ is extended through the vertices by $p$.

Now all 12 points create a new solid $J$ of which I seek the volume dependent on the volume of the tetrahedron in the centre. 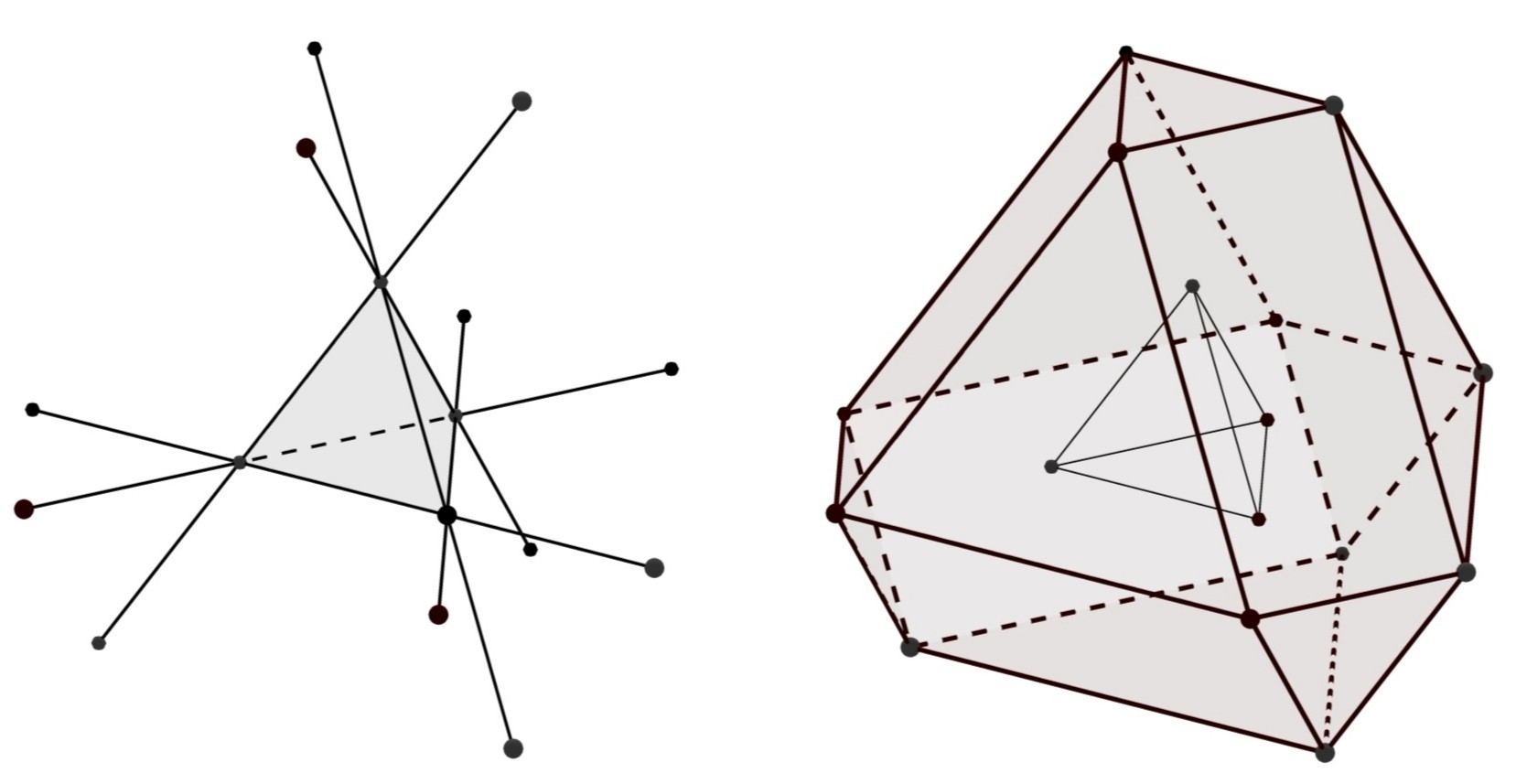 With some help the solution becomes clear:

The last step is subtracting the Volume of the pyramids.

Thx for the help.

I will generalize the problem a little bit for a better understanding of the geometry.
The volume you seek is $$\frac{21\sqrt{2}}{4} p^3$$

Extend the six edges of tetrahedron on both directions by a factor $\lambda$. One obtain twelve points of the form:

Following is a picture illustrating what the convex hull $C(1)$ looks like. Together with the $8$ semi-transparent right tetrahedra (four with side $\ell$, another four with side $2\ell$), they can be combined to form a cube of side $3\ell$. 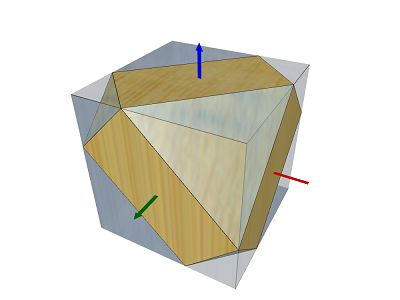 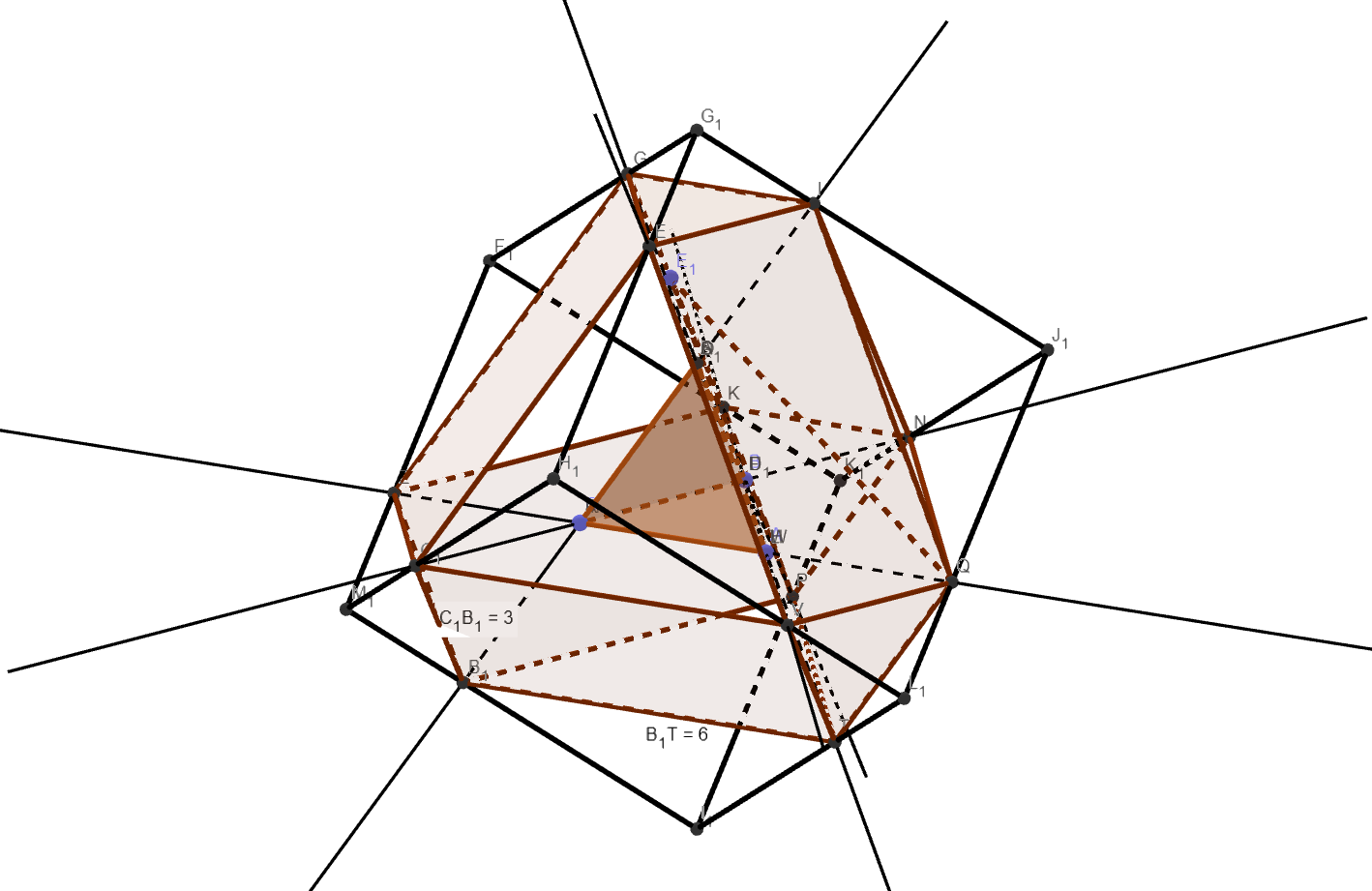 I will leave you to subtract the volumes. 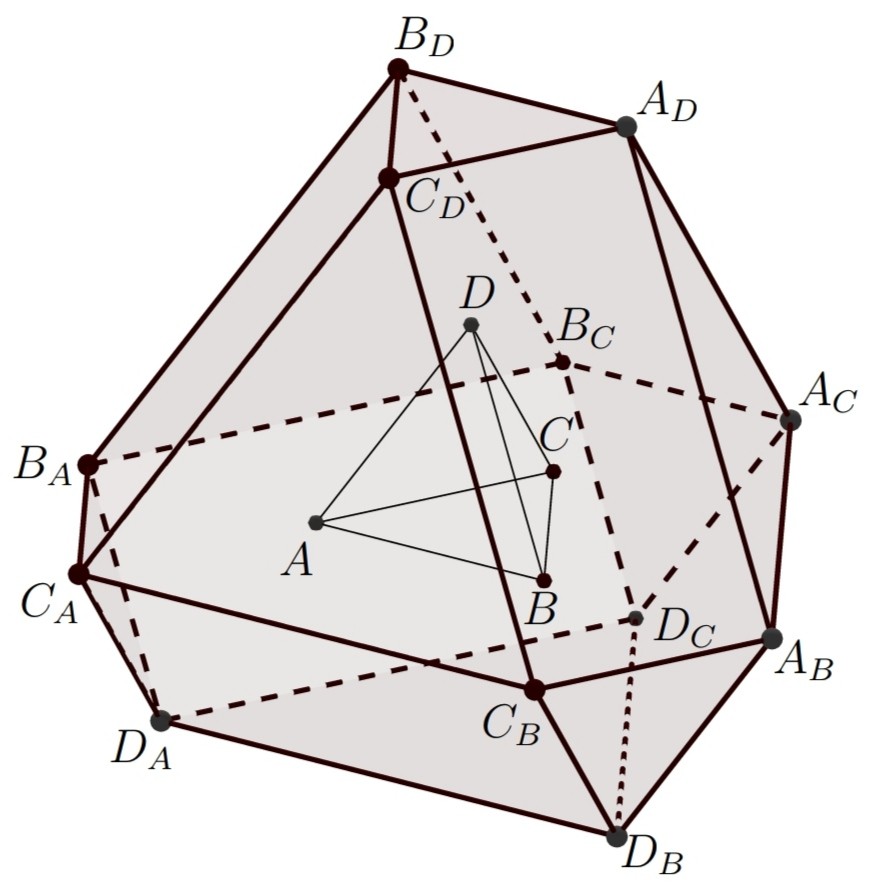 We now consider the intersection of the body with the plane $\varepsilon(A B C)$. Figure P2 shows this intersection, with the point $D$ behind the plane. 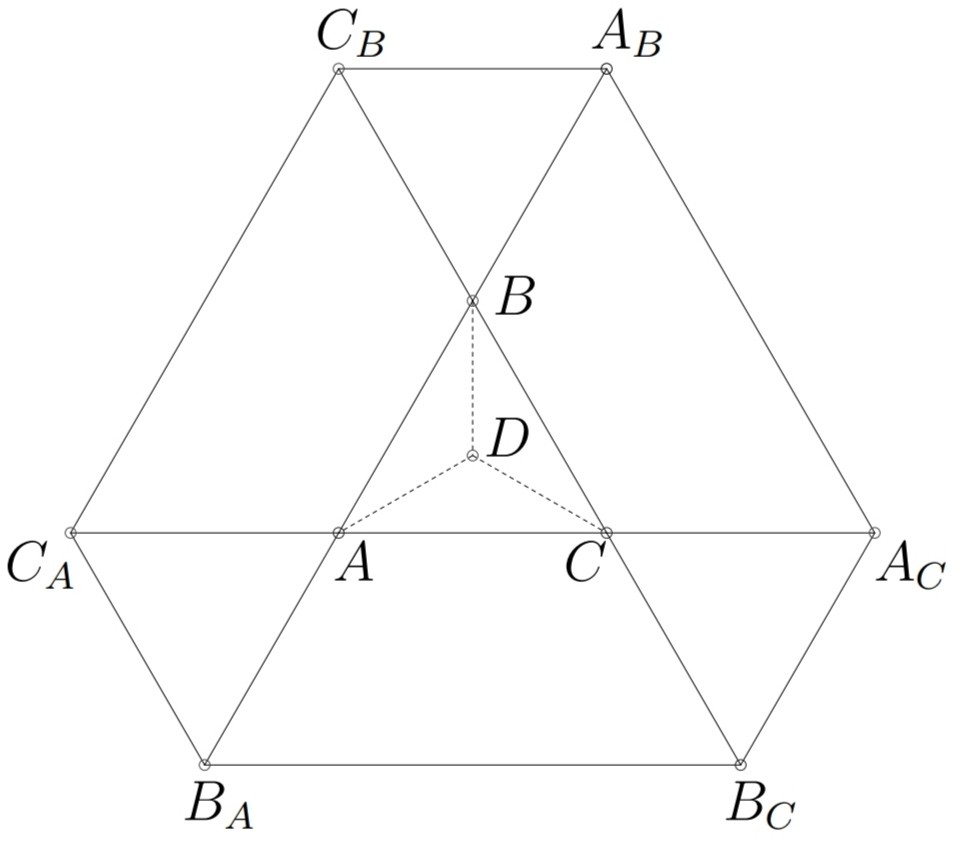 The part of the body that is in the outer half-space with respect to the plane $\varepsilon(A B C)$ is shown in Figure P3. 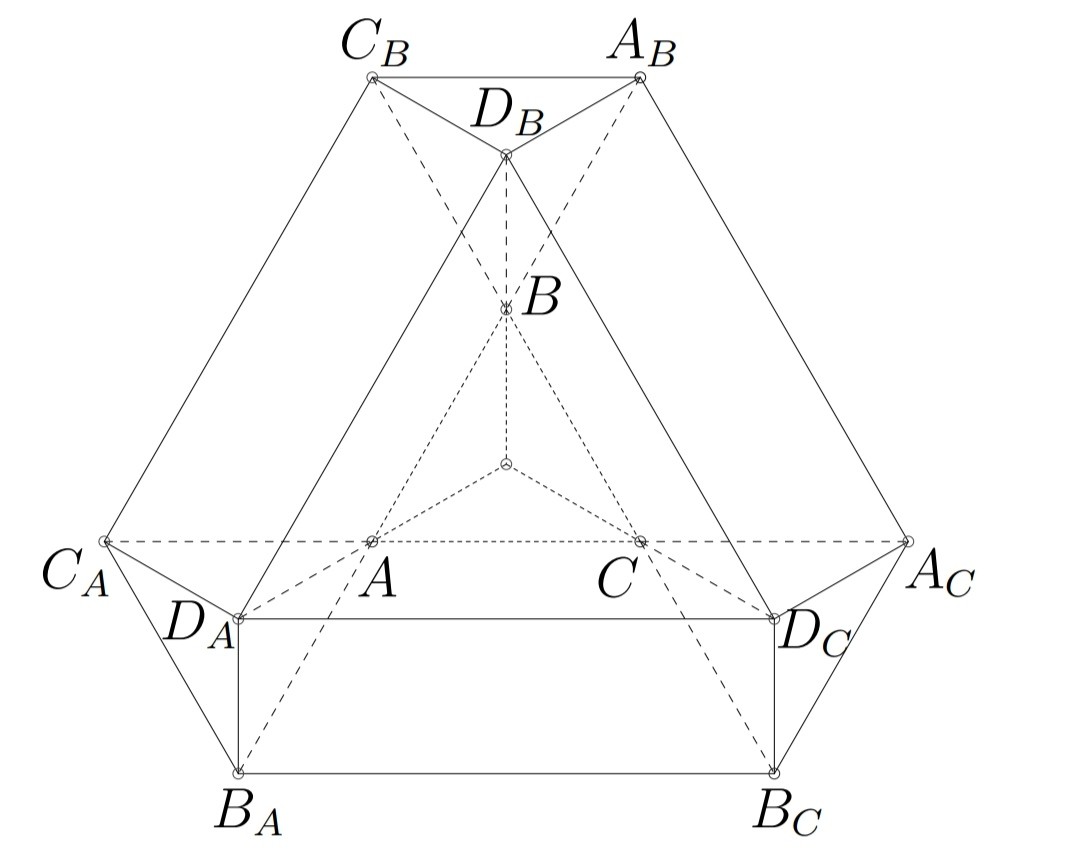 We now calculate the volume of the parts of the body in a complete case distinction according to the position to the four planes. 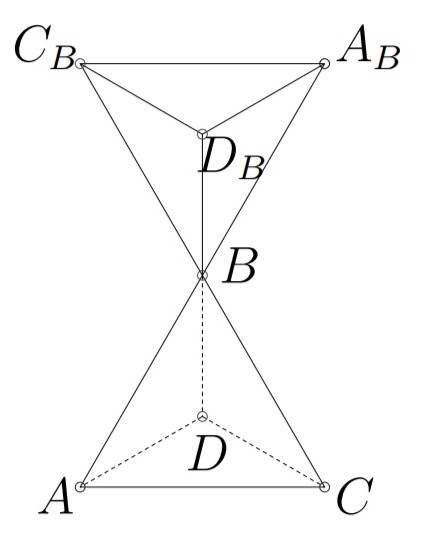 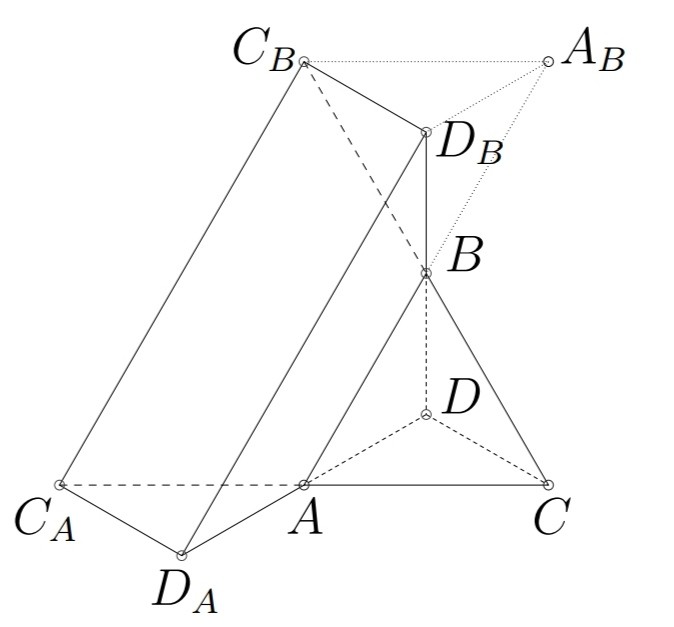 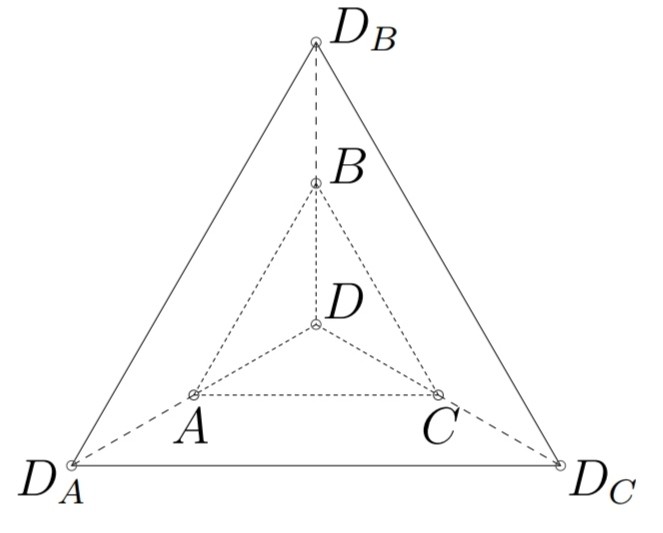 The volume of the body spanned by the twelve points is $63 \mathrm{~V}$. 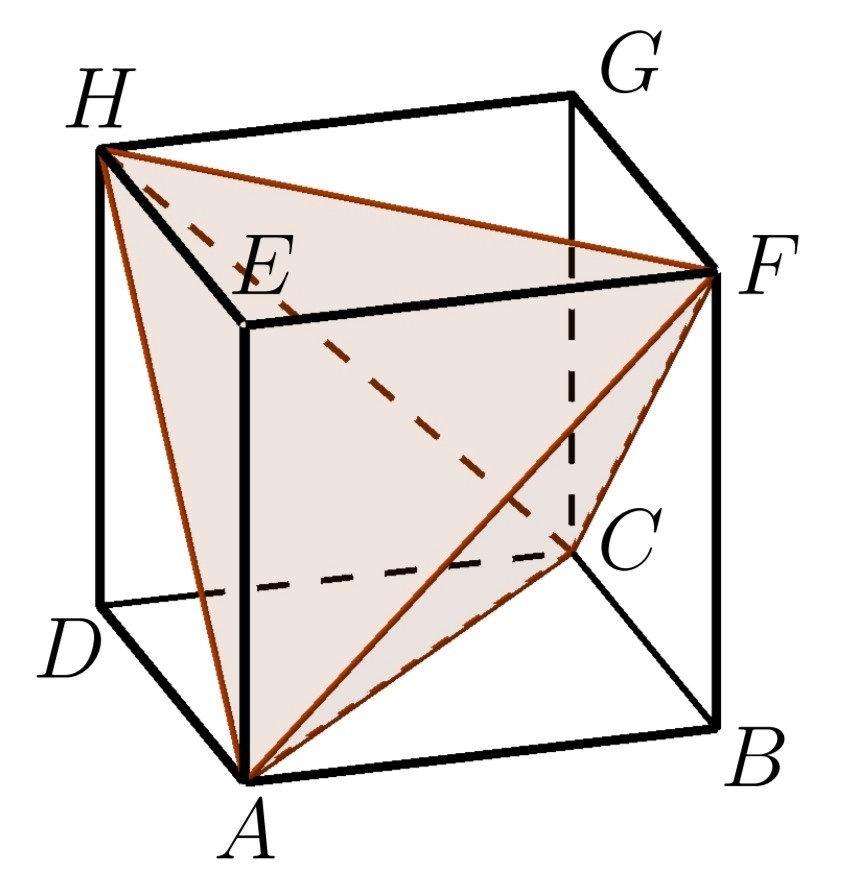 Figure P8 shows a plane section through both cubes, namely the one passing through the tetrahedral edge $\overline{A C}$ and the centre $M$. 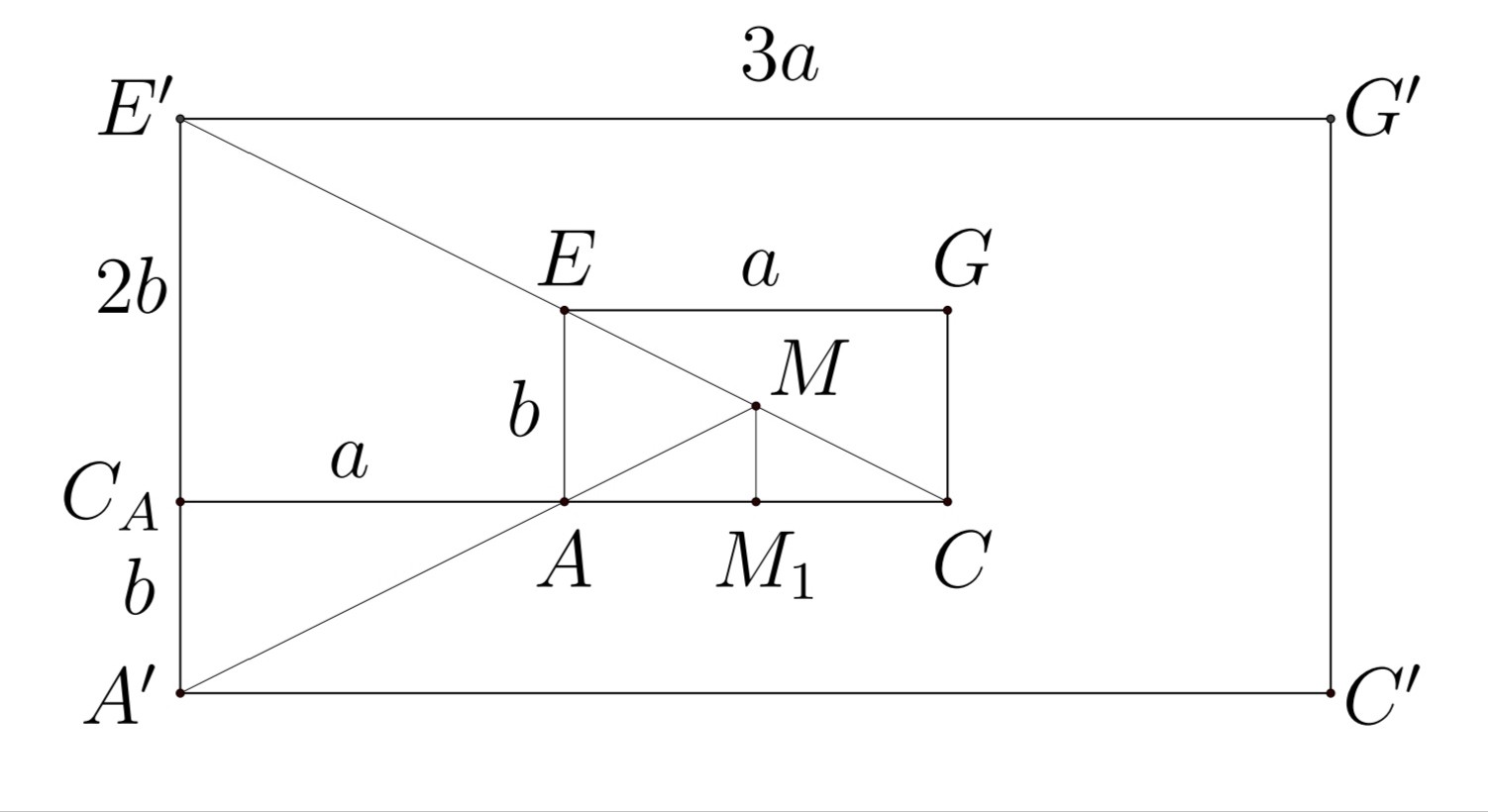 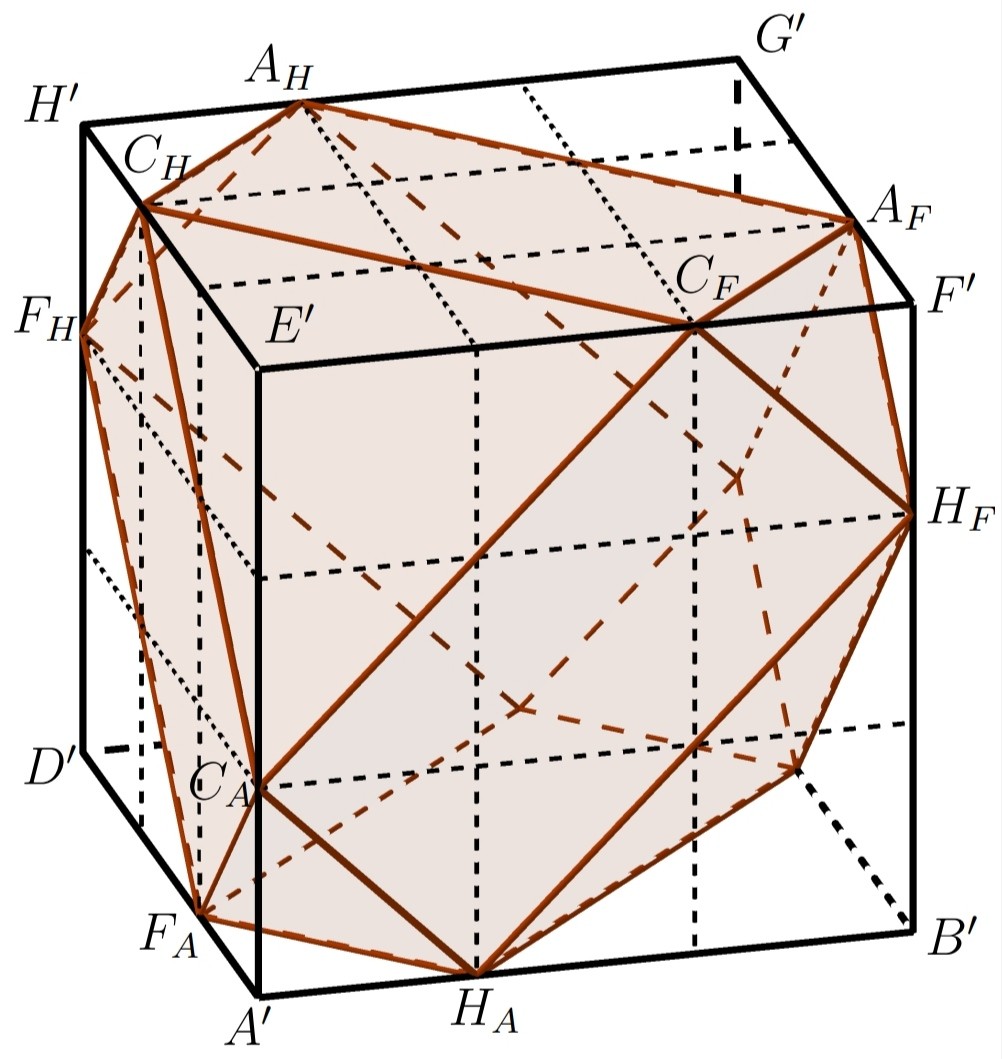 Thus it follows again that the volume of the body spanned by the twelve points is exactly $63 \mathrm{~V}$.

Not the answer you're looking for? Browse other questions tagged geometry volume solid-geometry or ask your own question.