Finding the better estimator of mu?

Suppose we have a random sample of size $2n$ from a population denoted by X and E(X) = mu and Var(x) = sigma squared.

be two estimators of $\mu$.

which is the better estimator of mu?

i know i must find the one with the smaller variance, but im not sure how to treat the 2n? do i square just the n or the two as well?

Generally speaking, when there is a choice between two two unbiased estimators of a parameter such as $\mu,$ we say that the one with the smaller variance is 'better'. By 'better' we mean more that smaller variance means that the less-variable estimator estimator is more likely to be near $\mu$ than the other.

Both CIs happen to include the true value $\mu = 70,$ but the CI from the larger sample is centered on a closer estimate and it is also shorter. 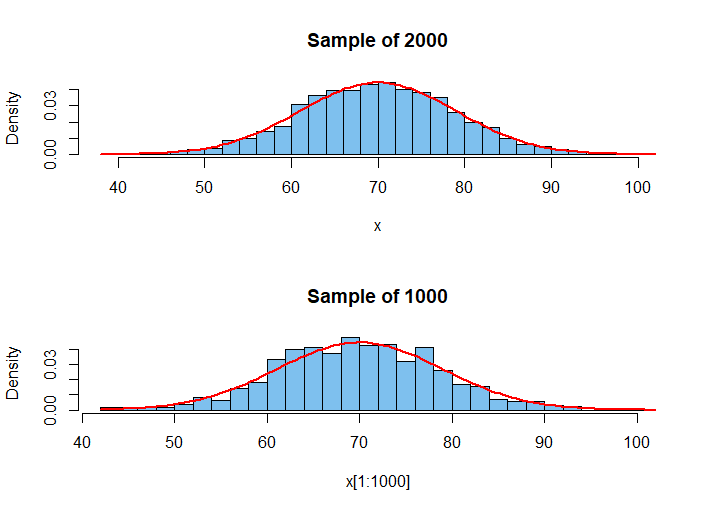 Note: In case it is of use, the R code to make the figure is shown below.