I have been tooling around with the discrete Fourier transform, and have noticed that when I try to oversample the inverse transform, I get aliasing effects.

I am utilizing the formulae from here 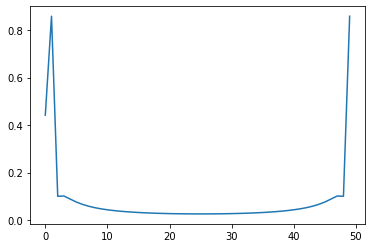 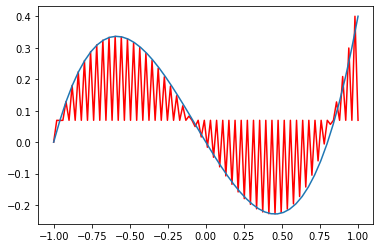 At first I thought that this was due to the fact that the DFT only gives the first so-many coefficients of the Fourier series. However, when I compute a Fourier transform symbolically, and truncate the series to the same number of terms, I can oversample away and I do not get these aliasing artifacts: 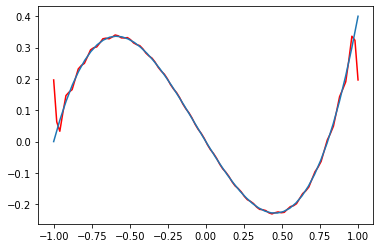 For integer $t $ it doesn't make a difference but when oversampling it does.

Oversampling the first formula gives the smoothest (in least square variation sense) interpolation of the $N$-periodization of $x(n),n \in 0\ldots N-1$.

If $x(0)-x(N-1)$ is large then the interpolation won't look very smooth on $[-1,0]$ and you'll have some oscillation in the neighbor intervals (this is what windowing is useful for).

Not the answer you're looking for? Browse other questions tagged fourier-analysis fourier-series fourier-transform or ask your own question.