Plane Equation Where D Not Equal to Zero - Part II

Following on from a previous question - Plane Equation Where D Not Equal to Zero:

I am trying to develop an intuitive understanding for the equation of a plane, specifically, plane equations where $D \neq 0$:

In the image below is a 3-D space. The orange parallelogram represents a plane which does not intersect the origin. Points $P_1$, $P_2$ and $P_3$ all lie on the plane. 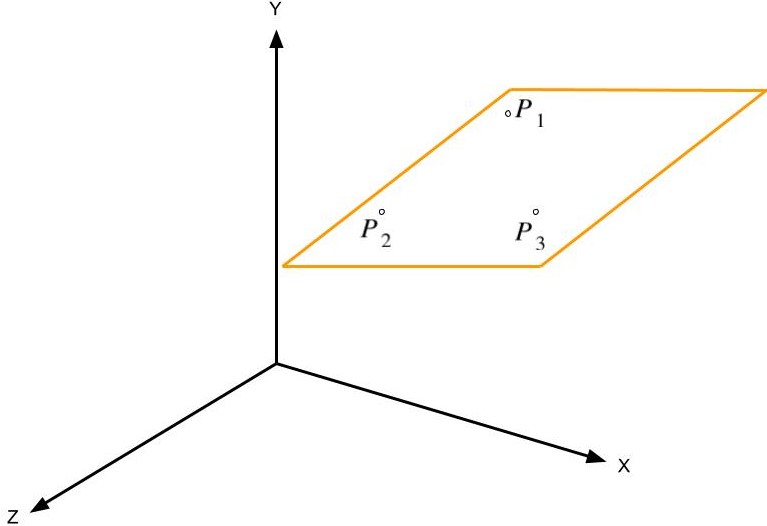 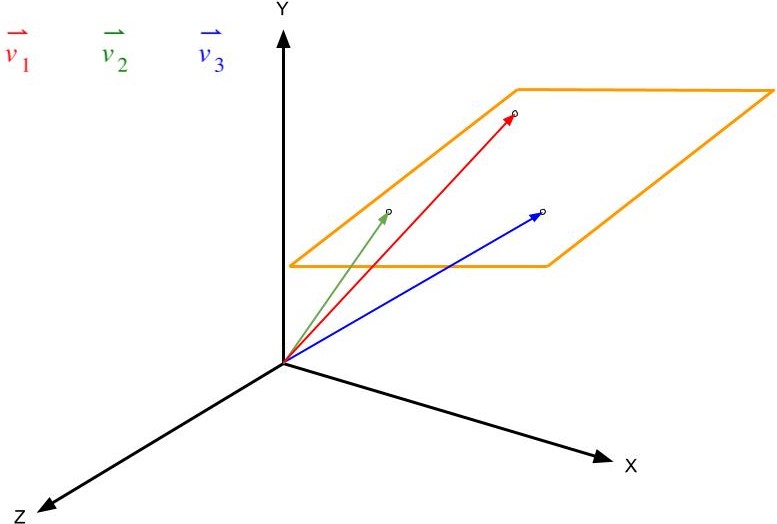 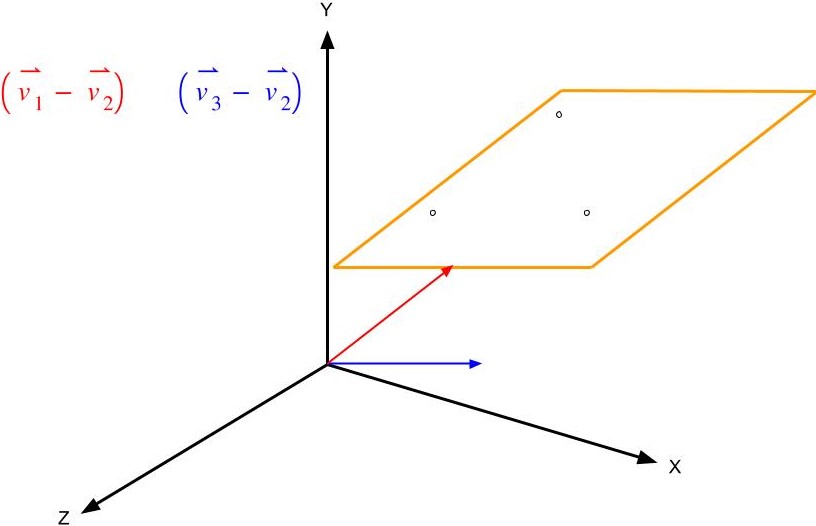 Based on what I have just gone through, there are two facts that seem to be in contradiction of each other:

There’s no contradiction here. What seems to be tripping you up is that being normal to a plane is not the same thing as being orthogonal to the position vector of a point on the plane. To reduce the proliferation of symbols, in the following I’ll identify points with their position vectors, as is often done when working in $\mathbb R^n$.

The confusion comes about because you seem to think that the $(x,y,z)$ in the plane equation represents any vector parallel to the plane. But that's not the case.

There's another way to interpret the equation $$ax+by+cz=d$$ which will tell you the way to see this intuitively without first having to put it in the form above. One just uses whichever is convenient for the situation. Namely, $(x,y,z)$ is an arbitrary point in the plane, and we can dually think of it as a position vector. Similarly, $(a,b,c)$ is a certain position vector. The condition says that (by imaginatively dividing both sides by $|(a,b,c)|$ and thinking only of absolute values) the equation describes the set of points with position vector $(x,y,z)$ the length of whose shadow on a fixed position vector $(a,b,c)$ is constant. You can now see that the set of such points is a plane with the fixed vector perpendicular to it. The number $d,$ taken absolutely and divided by $\sqrt {a^2+b^2+c^2}$ now gives the distance of the plane from the origin, that is $$\frac{|d|}{\sqrt {a^2+b^2+c^2}}.$$ It is then clear that the plane passes through the origin if and only if $d$ vanishes. But this has nothing to do with the original interpretation -- it's an alternative one.

In any case you can see that the symbol $(x,y,z)$ does not describe a vector lying in the plane, but it's a point in the plane, or equivalently, the position vector of such a point.

0
Plane Equation Where D Not Equal to Zero

1
How do i define a plane orthogonal to a given one?
2
projective geometry and relationship of cross-ratios
0
How is the “normal equation” defined in a plane in $\mathbb{R}^3$?
3
The equation of a plane perpendicular to another plane
0
Proof Vectors are coplanar
0
Get any $3$ points in a plane from normal and one point
0
Find the equation of the plane that passes through the points
0
Plane Equation Where D Not Equal to Zero
0
Need help visualising line orthogonality to a plane. Why a line cannot be orthogonal to 2 parallel planes but a 3rd plane can.
1
When determining the equation of a plane given 3 points, why the election of the points to compute the normal vector matter?