The system and proposition of Prime Nexus -

We have to arrange $n>1$ Distinct natural numbers in a sequence such that the adjacent elements sums upto any Prime number. Convenience is when we set this problem to Graph Theoretic setting and specifically by using Hamilton's path and cycles. This system of clusters of natural numbers summing upto primes is called the Prime Nexus .

Leave the question that at which extent it's helpful , likewise if the numbers are more then it starts getting tough .

We can always generate any regular & definite n-th dimensional shape out of the nexus of Primes , specifically out of the Hamilton's path such that the nodes sums upto any Prime number.

Suppose in order to arrange Distinct natural numbers in a sequence such that their adjacent elements sums upto any prime , we can have $1D$ Shape , $2D$ , $3D$ and so on... generated out of the nexus , ( Preferring the extension of squares & cubes...) 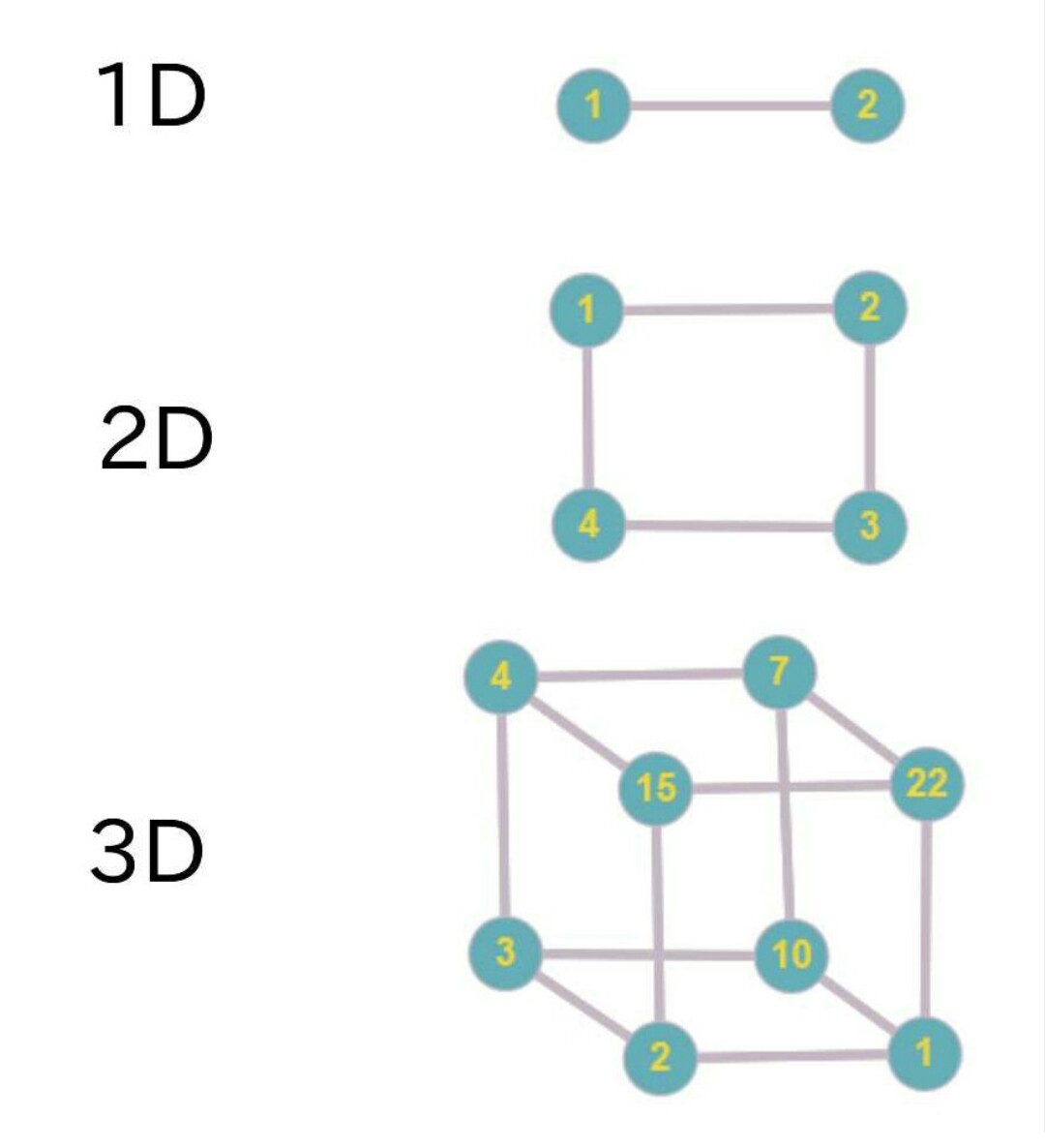 I've worked out till $3D$ ( can also replace $1$ by $9$ In $3D$ ) as the number of numbers increases in the cluster , the probability of getting more higher dimensional nexus gets increased. I strongly believe that the system never saturates at any $k^{th}$ dimension. So If someone comes up with any counter example, actually he/she hasn't ! Because if we try generation of prime nexus for more higher number of numbers , we can always do that !

Please lemme know your opinions on it , how could anyone explain this enigmatic behavior of prime numbers making up higher dimensional shapes... And how could anyone even attack this conjecture! I'm very excited to learn new things regarding this conjecture, Everyone else here on MSE community holds more knowledge that I do , so please forgive me for any inconveniences followed up in presentation of my contents here.

Your conjecture is true, although I was only able to prove it with some very heavy machinery.

The vertices of a hypercube of dimension $n$ can be described by the set of sequences $(\pm 1,\pm 1,\cdots,\pm 1)$ of length $n$, such that two vertices are connected iff their sequences differ by a single element. Also, it is well known that hypercubes are bipartite graphs, meaning that you can color all hypercube vertices with 2 colors, such that no two same-colored vertices share an edge.

By the Green-Tao theorem, there exist arbitrarily long arithmetic progressions (APs) of primes, so that $p_k=p_0+Ak$ is prime for $m=0,1,\cdots, N$, where $N=N(p_0,A)$, and we can find arbitrarily large such $N$. So for a hypercube of size $n$, find an arithmetic sequence of primes of length at least $n=N$ (there's no actual algorithm for this, just the fact that it's possible).

Not the answer you're looking for? Browse other questions tagged number-theory prime-numbers conjectures hamiltonian-path or ask your own question.

9
Disprove the Twin Prime Conjecture for Exotic Primes
0
Whether No. of Prime Numbers inside '$N$' can be found by using Prime numbers less than $\sqrt{N}$
2
Finding a counterexample to a Prime Factorization Conjecture
7
Are $ut + 1$ and $ut + t + 1$ both prime for some t for any $u$?
1
Is this a valid equivalent expression of the twin prime conjecture?
15
A conjecture about an unlimited path
1
A twin prime theorem, and a reformulation of the twin prime conjecture