I have a question related to how to represent a game in extensive form.

Consider a game that starts with nature choosing one of two states, with equal probability, with the outcome only known to player 1 (but player 2 has a prior on the state of nature given by $q$). Both players 1 and 2 then act simultaneously.

We know that a simultaneous move game can be represented in extensive form by including an information set for one of the players that indicates they do not know the action of the other player. This is represented by the following extensive form. 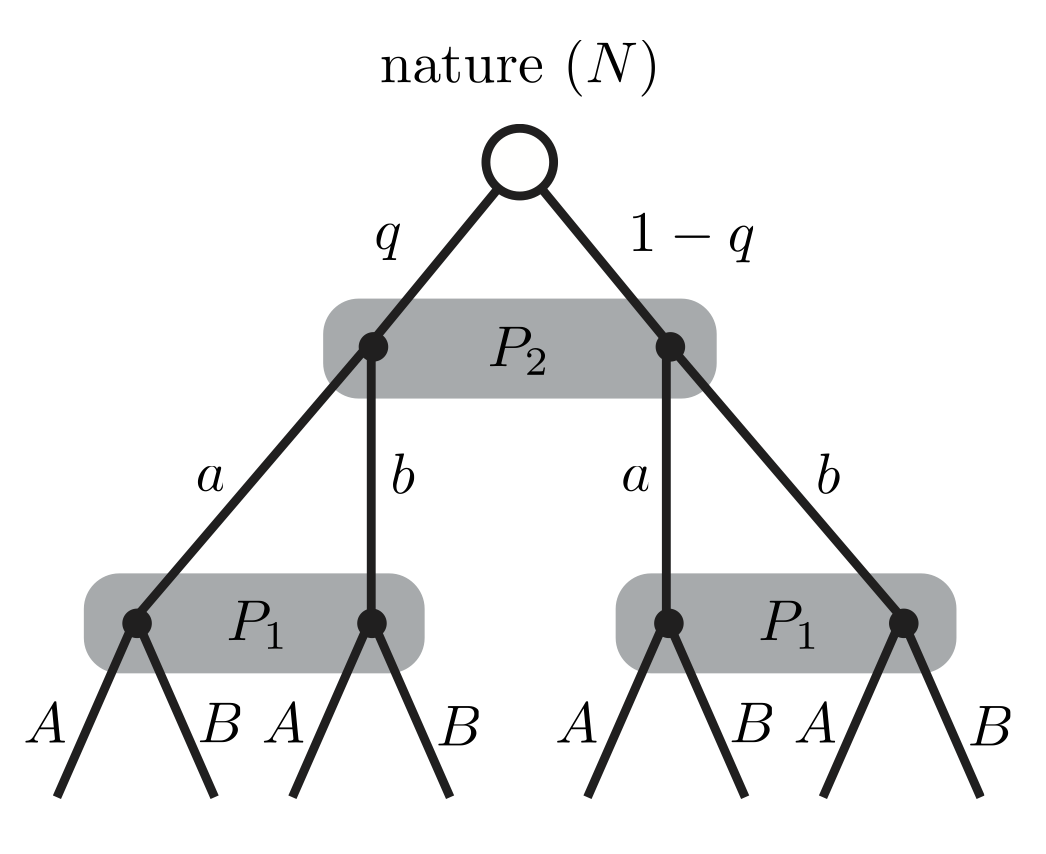 Since the moves of the players are simultaneous, we can exchange the order in the tree. So, an equivalent representation is as follows. 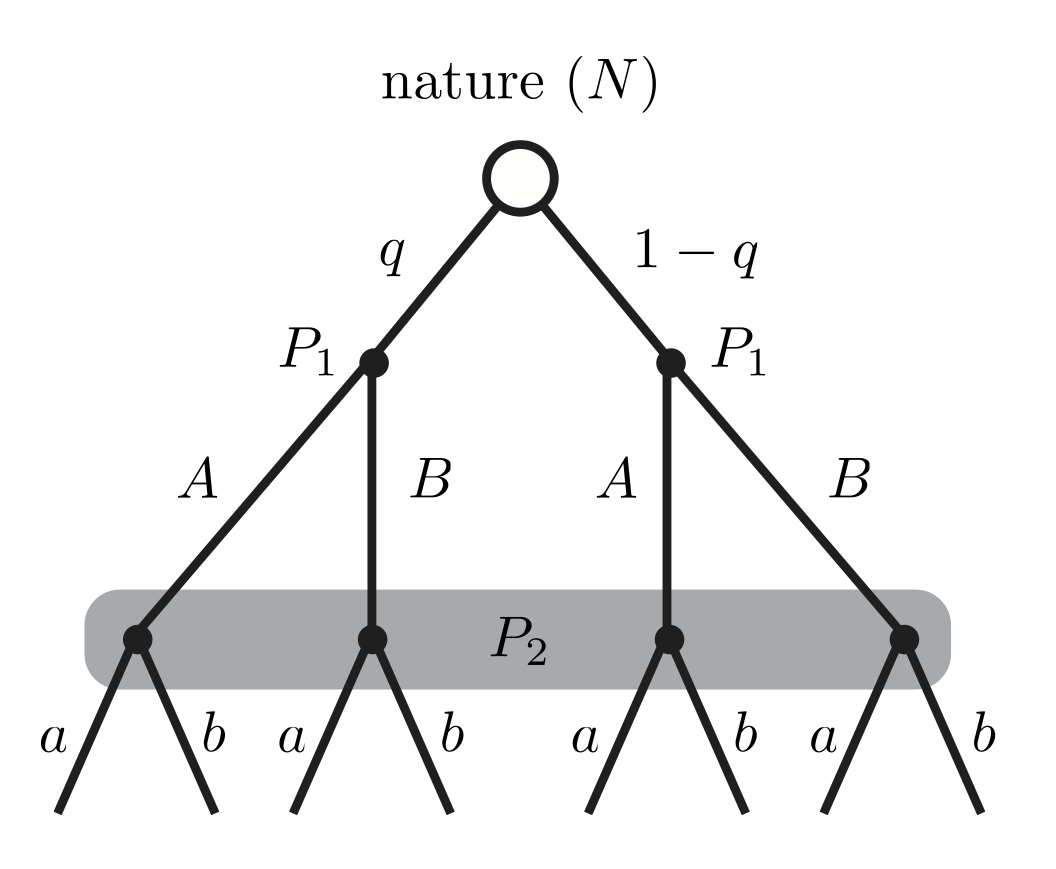 How do we denote player 2's prior information in the above? It seems unfair to treat player 2's uncertainty as a single information set since it's due to two sources of uncertainty: one because of nature's move, and the other just because the players are moving simultaneously. It seems that we should have some notion of nested information sets for player 2 to make this distinction, as follows. 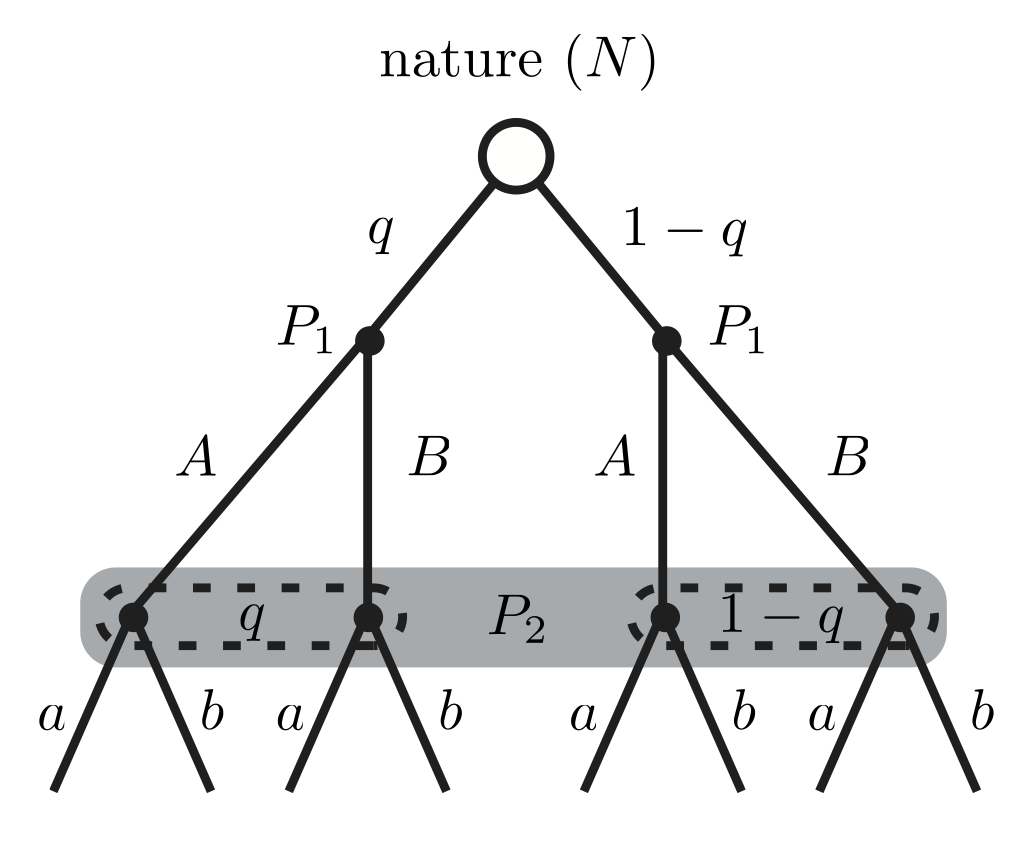 Where player 2's belief in its information set is structured in the sense that the first two nodes must have probability $q$ and the last two assigned probability $1-q$; player 2 cannot distinguish between the nodes within the two pairs of nodes, represented by the dotted lines.

Question: Is this correct? How does one usually represent this structure in extensive form games?

There is no need to separately mark the left-two and right-two nodes in P2's information set. Bayes' rule guarantees that the first two nodes will be reached with probability $q$ and the last two nodes with $1-q$.

Based on your second game tree, suppose P1 plays $A$ with probability $p$ at his left info set. Then the probability that the play reaches either of the first two nodes at P2's info set is \begin{equation} qp+q(1-p)=q. \end{equation}