Limit of sum of areas of infinite amount of triangles

I apologize for the possible incorrect use of math terms since English is not my native language and I'm not a mathematician, but this issue came to my mind about a month ago and I was unable to solve it, so I will appreciate any help. 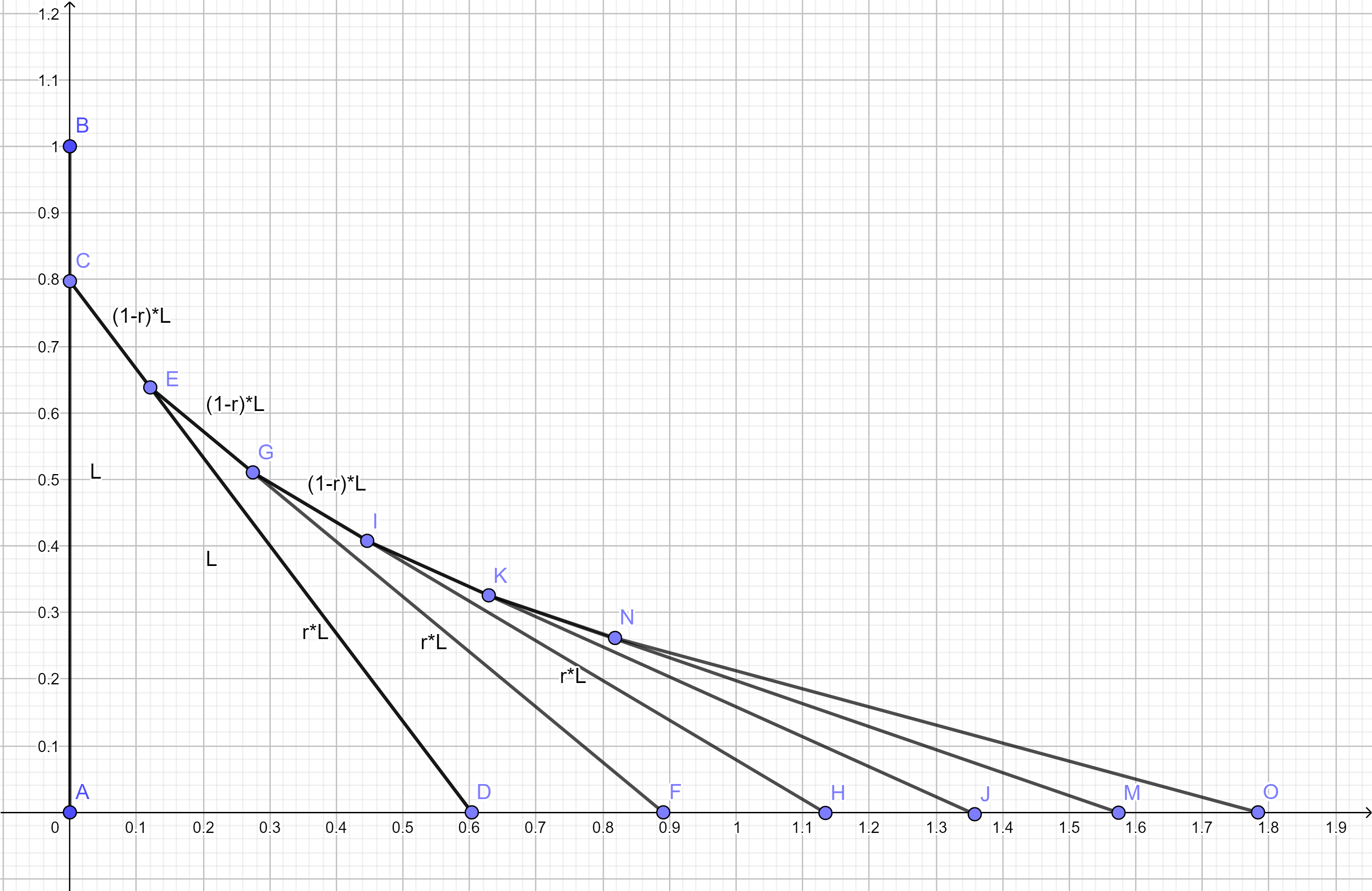 Initially I tried to solve the following tasks:

Here is what I have discovered so far. 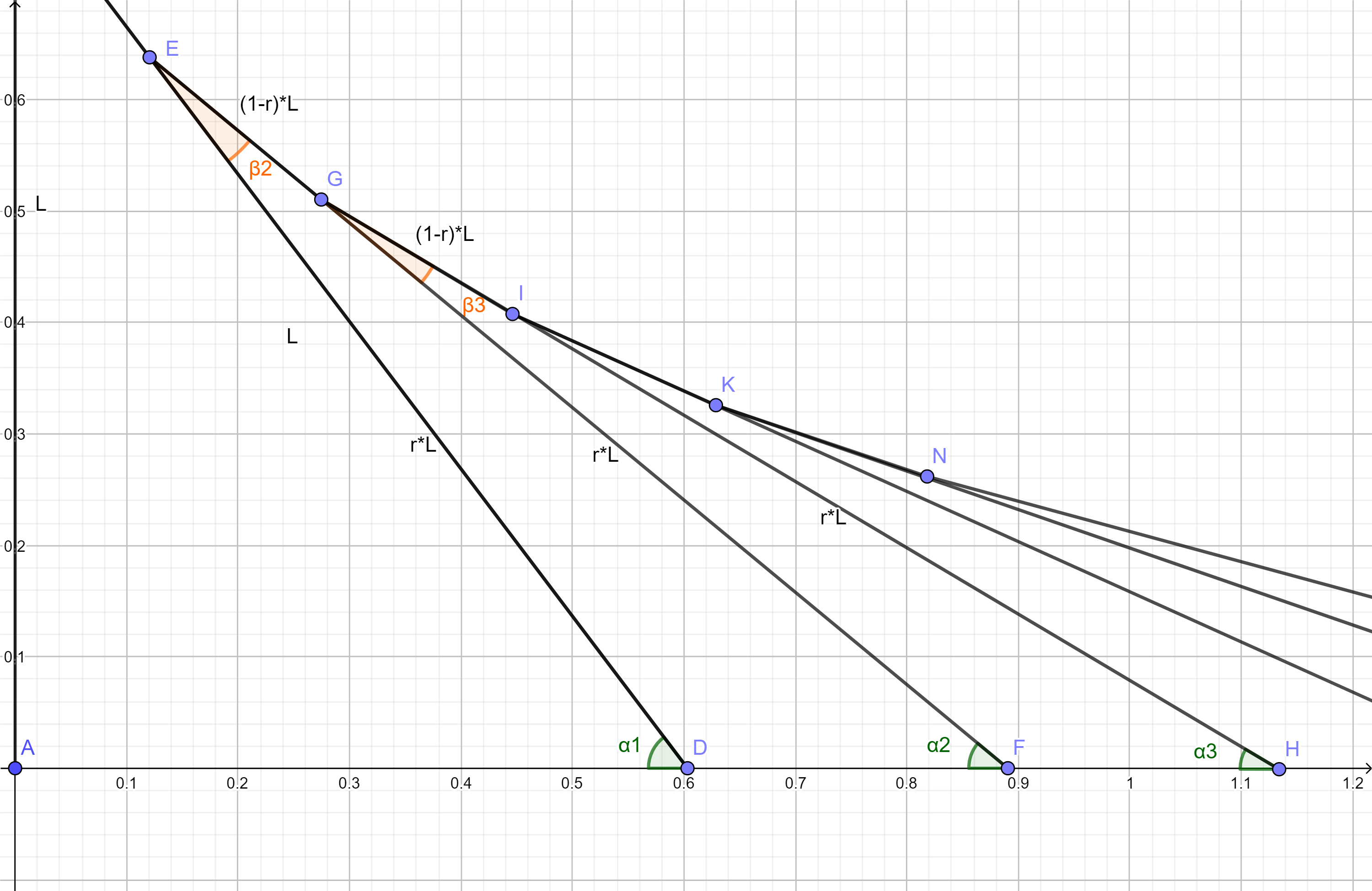 Since the first triangle is the right triangle, $\sin(\alpha_1)$ is defined by the known relations:

Using the law of sines, investigate the second triangle.

Since there is no dependency from the right triangle in this formula, we can generalize the result: $$\sin(\alpha_n) = \sin(\alpha_{n-1})*r$$

Find the area of the $n$-th triangle with the following formula:

Since that is the solution for the first question, I had tried to solve the second, but with no avail.

I also had tried to change the way of area calculation to the sum of the trapezoids, but it wasn't successful as well.

I was unable to apply any known to me technique (such as L'Hôpital's rule, Taylor series investigation) to reach the solution, so I resorted to approximate solution.

So here is the final composite question:

Thank you in advance!

Every point on the limiting curve has a distance 1 to the $x$-axis along the tangent line at that point. Intuitively, this should be plausible.

4
Does this mean P is incenter of ABC?
2
Prove existence of a limit (motivated by Baby Rudin Exercise 5.19)
1
Summation of Infinite Areas of Triangles Involving Median
5
Is there an easy way to determine a point from its barycentric coordinates geometrically?
0
Angle Bisectors of triangles.
0
Ratio of areas of triangles
0
Circumcentre of triangle question. Given ratios of areas, find ratios of lengths.
1
How can my proof of the $\Delta L = \frac{d_1 d_2}{L} \sin\alpha \Delta\alpha$ triangle property be improved?
6
How to find the general term of the following series?
1
Congruence of 3 Equilateral Triangles