I found an explication about Inversive distance in Coxeter book. But, i don't really understand some things in its explication. I can't imagine the meaning of:

"Inverting in a circle whose center is one of the limiting points, we obtain three concentric circles."

I do not understand the meaning of "circle whose center is one of the limiting points".

Here is an image of that page. 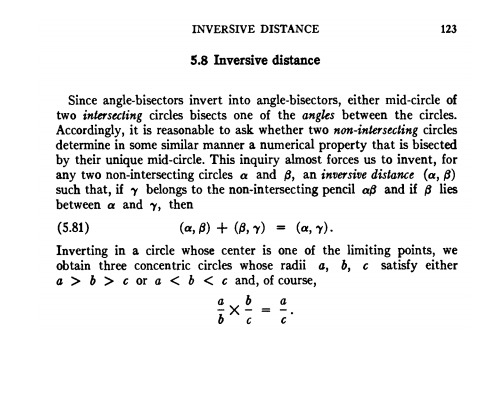 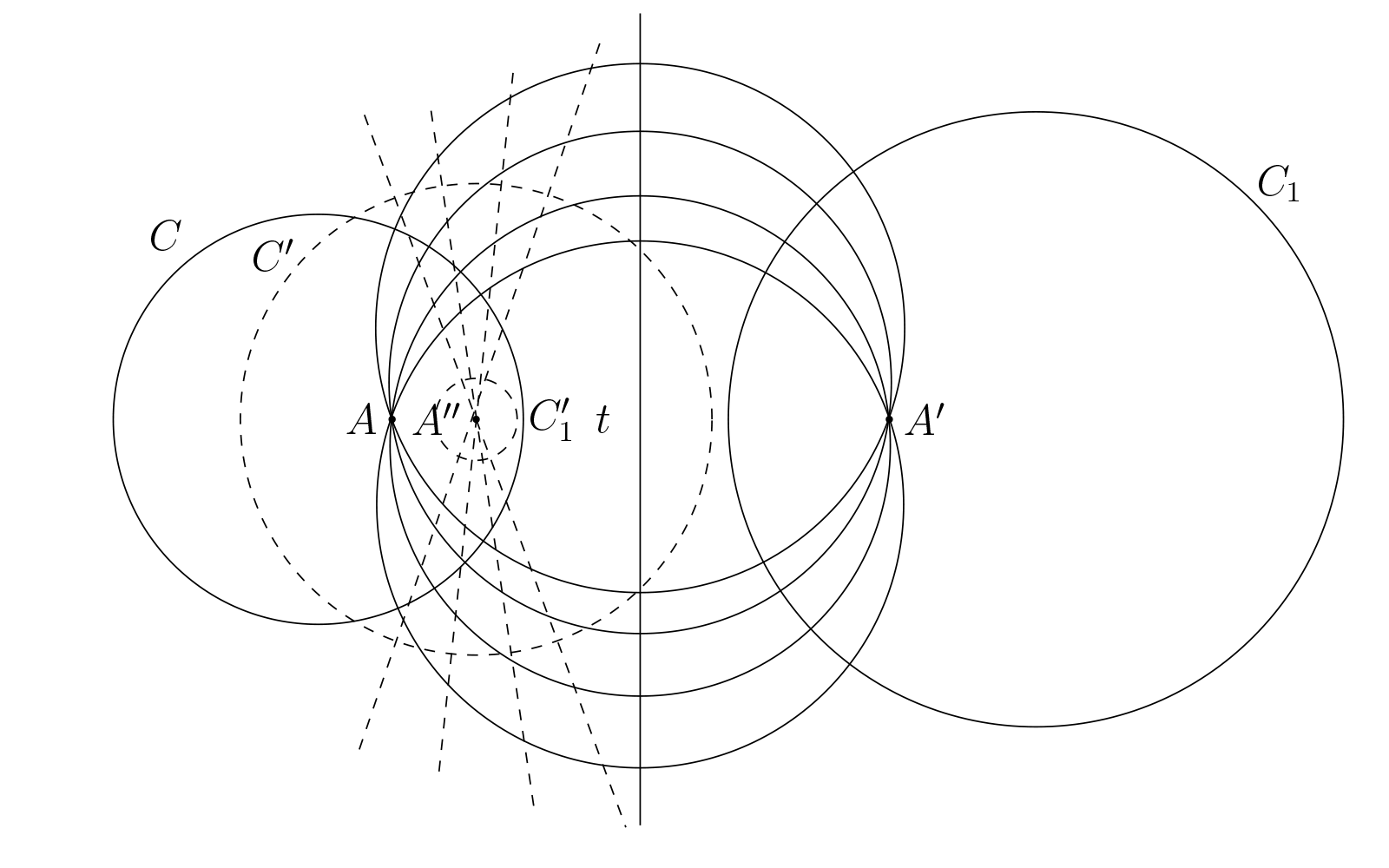 Here is what i get but only 2 concentric circles.

Inverting in a circle (dotted blue in the picture) centered at one of those points will leave the axis of symmetry invariant. The dashed circle, however, becomes a line orthogonal to $g$, since it passes through the center of inversion. A circle belonging to the pencil will be transformed to another circle orthogonal to both lines, which is thus necessarily centered at their intersection. Therefore, the pencil is transformed into a pencil of concentric circles, all centered at the intersection of $g$ and the image of the dashed circle.

Since the radius of the circle of inversion is arbitrary, and choosing another radius corresponds to scaling the inverted picture, any well-defined quantity derived from the inverted picture has to be invariant under scaling. Therefore, it has to be defined as an expression of the ratios of the concentric circles - which is exactly what Coxeter proceeds to do. He defines $(\alpha, \beta)$ - the "distance" of the two circles - to be the logarithm of the ratios of the radii of the inverted circles. 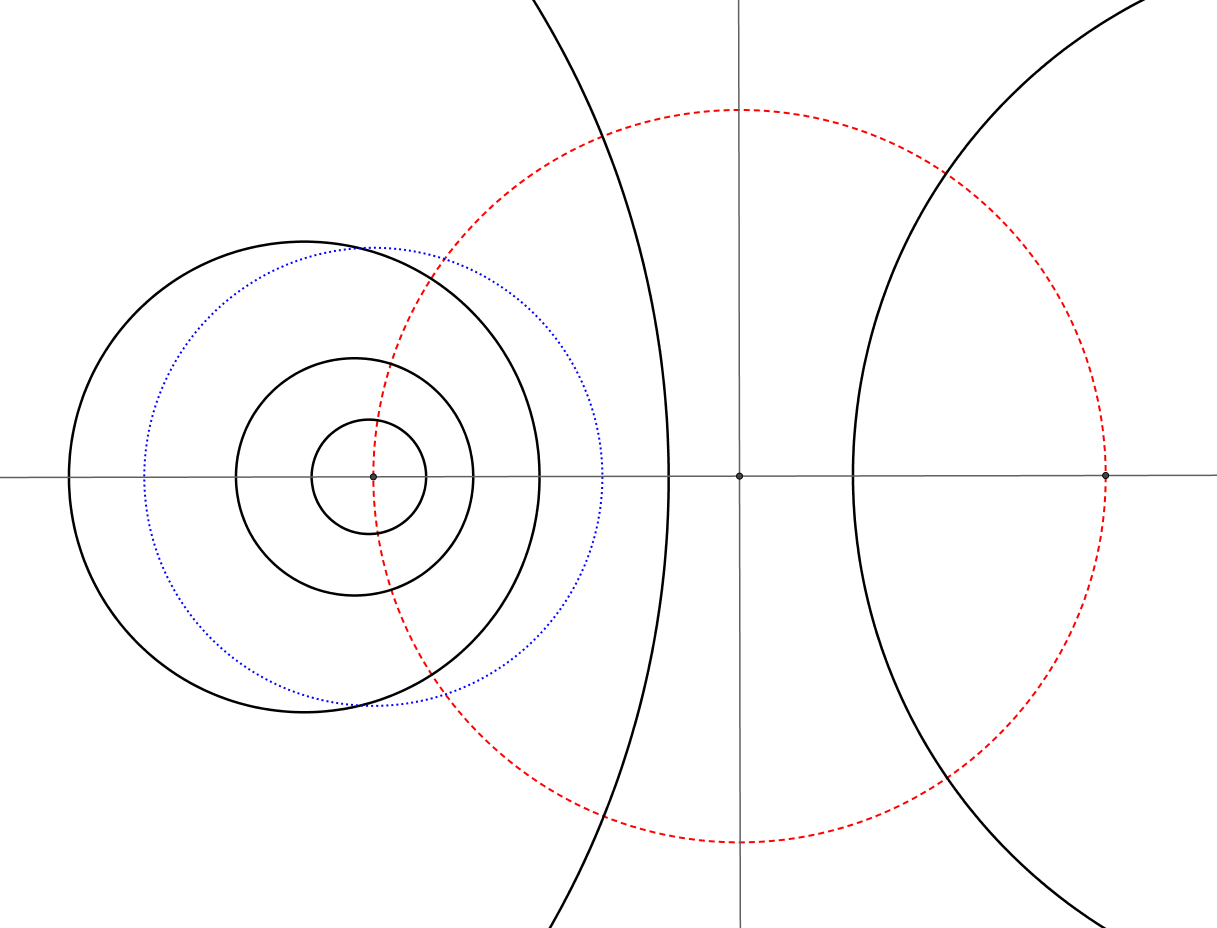 Not the answer you're looking for? Browse other questions tagged geometry algebraic-geometry transformation mobius-inversion or ask your own question.

11
What is the reflection across a parabola?
0
Calculate distance between two points on concentric circles
1
Packing problem -uniform distribution by Percentage of coverage - circles on a plane .
2
Locus of a vertex of a triangle inside an equilateral one, under an integer constraint
1
A basic relation intrinsic to any (non-isosceles) triangle
1
Given two normals on the circumference of a circle, find the change in height between the two.
0
Trigonometry - Find the angle $\alpha$ between center and tangential lines of a circle