As the title indicates, I'm looking for what is known about solutions to $\varphi(\varphi(a))=\varphi(\varphi(b))$ [other than "trivial cases" for which $\varphi(a)=\varphi(b),$] where $\varphi$ is the totient function, i.e. at $n$ it is the number of positive integers at most $n$ and coprime to it.

I became interested in the question while looking at primitive roots, for which it's known that, if $n$ has any primitive roots at all, then there are $\varphi(\varphi(n))$ of them. I did find the primes $11,13$ each have $4$ primitive roots, and began to wonder if there were more examples. However due to my lack of expertise/software, I decided to ignore the assumption about $a,b$ in my question having primitive roots. Then I could find more examples, and besides that I thought such a question about the totient composed with itself might be of interest, or maybe had been investigated already somewhere. Any info appreciated.

Edit--I did a search using table for primes (and a few prime powers) below $100$ and found several examples. (Still interested in the general situation but now more in the odd prime power case.)

The question on the title

Conditional Proof of Infinitude of Solutions to (1)

Unconditional Proof of Infinitude of Solutions to (1)

It is possible to remove the 'computer-assisted' part of proof by invoking Kevin Ford's paper. It is also possible to extend the result to the equation $$\phi(p_1-1)=\phi(p_2-1)=\cdots = \phi(p_k-1), \ \ p_i \ \textrm{'s are distinct primes}$$ that there are infinitely many solutions to the above.

Not an answer, just a visualization: 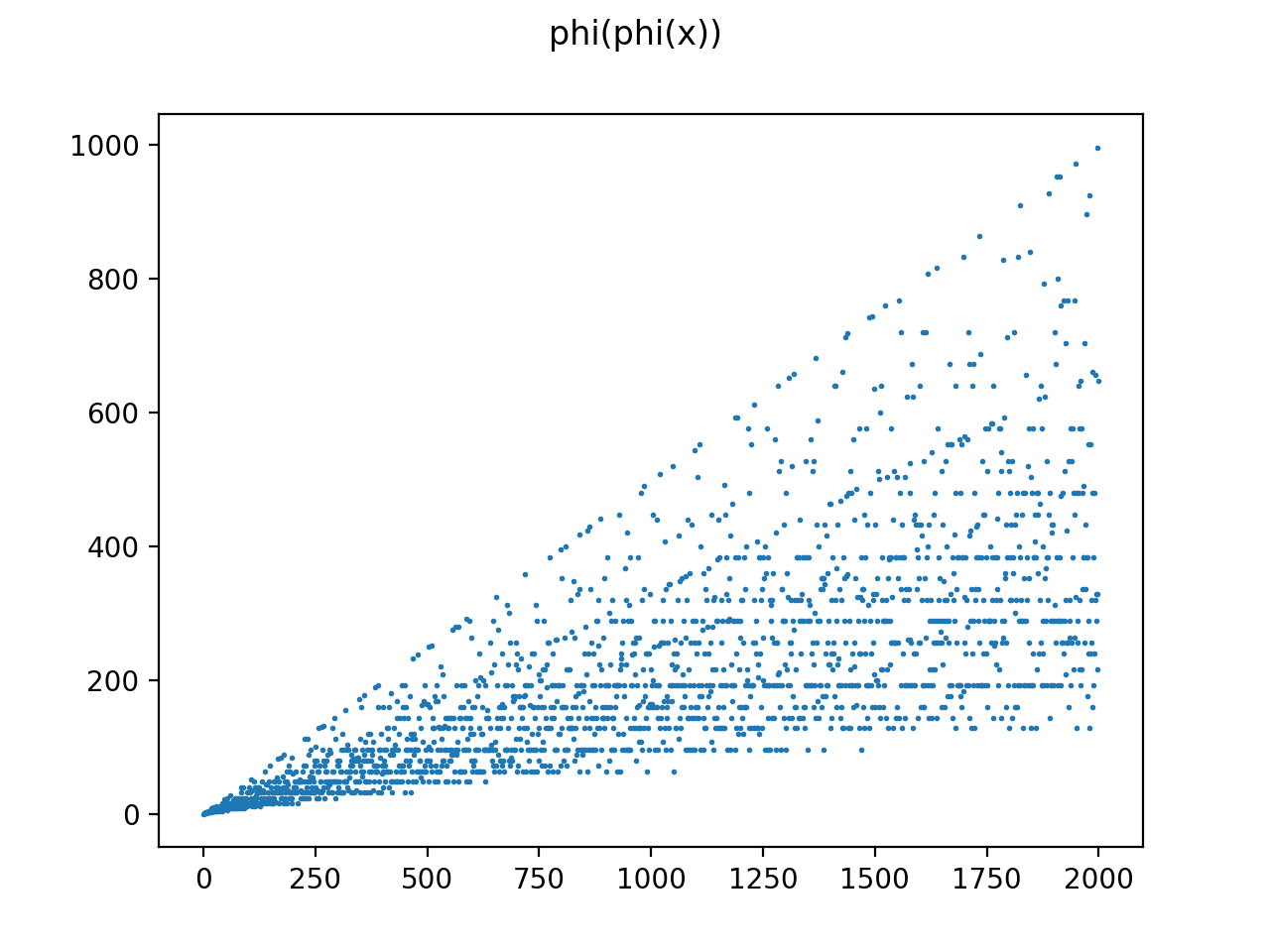 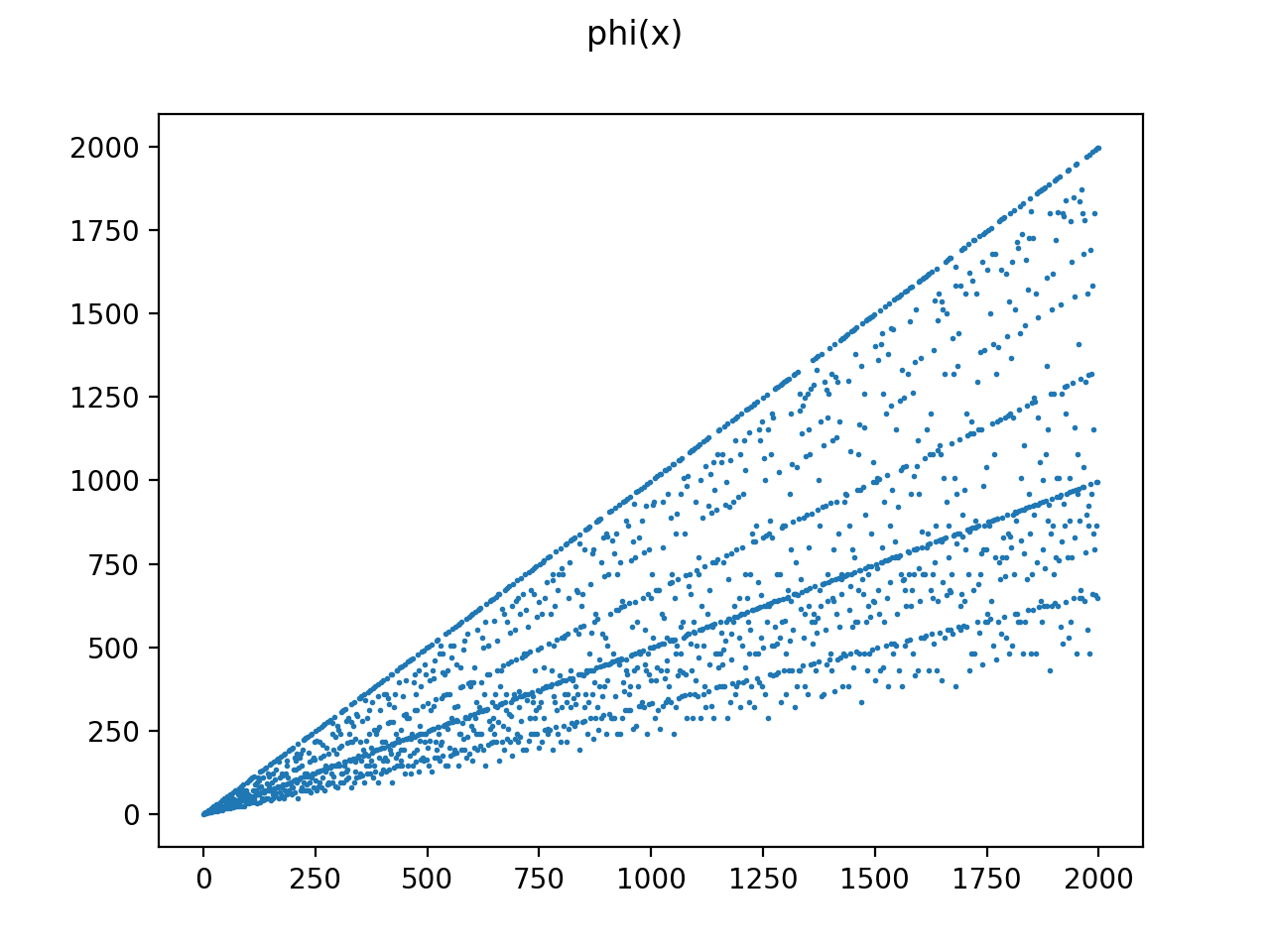 Not the answer you're looking for? Browse other questions tagged elementary-number-theory totient-function or ask your own question.

17
inversion of the Euler totient function