How to interpret Newton's 6th Lemma?

In Newton's "Principia Mathematica" Book 1, Section 1 ("Of the Motion of Bodies") there is the following Lemma 6:

"LEMMA VI.
If any arc ACB, given in position, is subtended by its chord AB, and in any point A, in the middle of the continued curvature, is touched by a right line AD, produced both ways; then if the points A and B approach one another and meet, I say, the angle BAD, contained between the chord and the tangent, will be diminished in infinitum, and ultimately will vanish.

For if that angle does not vanish, the arc ACB will contain with the tangent AD an angle equal to a rectilinear angle; and therefore the curvature at the point A will not be continued, which is against the supposition."

...this text is accompanied by the following diagram: 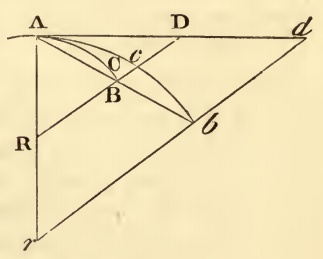 Noting, that the line rbd is parallel to the line RBD and the arc Acb appears to have a smaller curvature than the arc ACB on Newton's diagram, which of the following animated diagrams correctly depicts his Lemma ?

This diagram of mine?:

Note, that in the latter diagram, I have added the red colored depictions of the angles BAD and ABD. These angle depictions do not appear on Newton's diagram (...but he writes about the angle BAD in the text of his 6th Lemma).

The lemma can be found on archive.org.

I'd say that your second diagram captures the idea that a secant and tangent converge as $B$ approaches $A$. But it's hard to say if that's what Newton was getting at, or something else.

Fortunately, there's lots of literature on this. Let's start with an excerpt from Pourciau's The Preliminary Mathematical Lemmas of Newton's Principia. 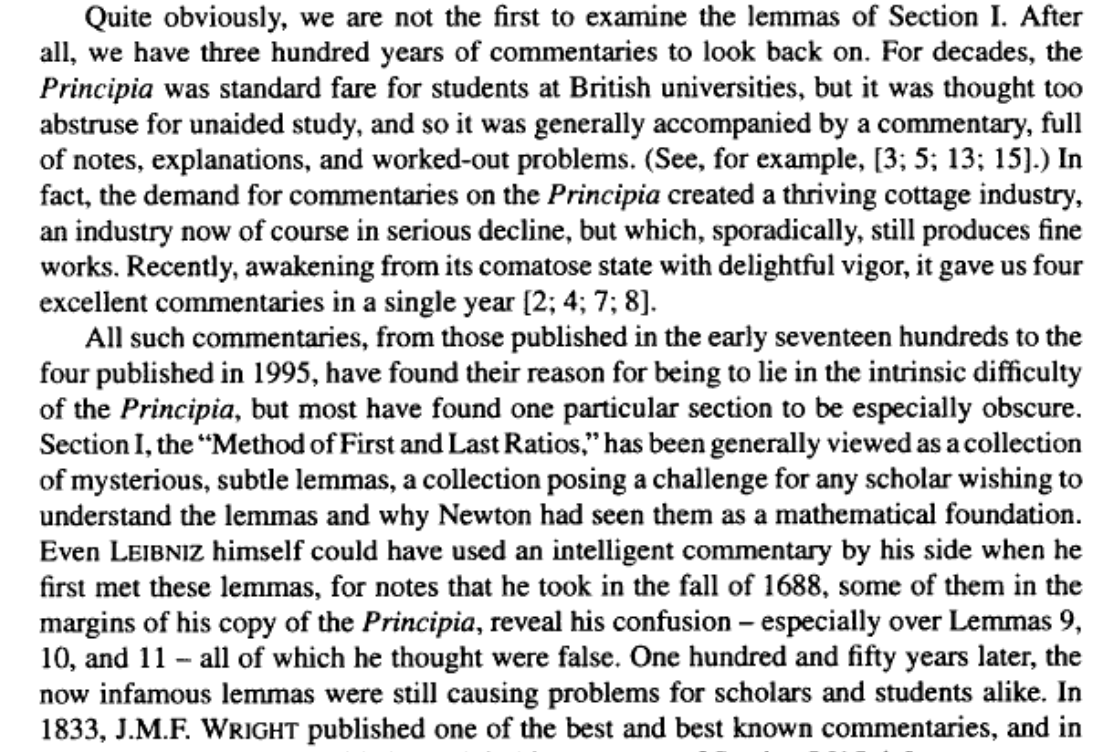 In other words, you are not the first to wonder what Newton was talking about. But you are in good company, including Leibniz.

Wright's Commentary On Newton's Principia, pg 14, referred to in the excerpt above, says this about Lemma VI:

In a Commentary on this Lemma if the demonstration be admitted, any other definition than this is plainly inadmissible, and yet several of the Annotators have stretched their ingenuity to substitute notions of continued curvature, wholly inconsistent with the above. The fact is, this Lemma is so exceedingly obscure, that it is difficult to make any thing of it.

On the next page, in Article 24, Wright offers a substitute.

The trail doesn't necessarily go cold at that point. Wright may be incorrect, and other annotators may have come up with reasonable interpretations. Pourciau, in the reference above, offers his interpretation later in the article, but it is hard for me to see how it explains Newton's version.

A good place to get another opinion is the History of Science and Mathematics site.

2
Proof for tangent chord angle formula
3
Area between arc and line
6
Congruence of constructed circle chords
1
A well-known lemma about curvilinear circles!
1
What's The length of CD with the given values?
1
Calculating the end point angle of an arc.
1
Let $AB$ be the chord of circle $k$ with a centre $O$. Through an arbitrary point $P$ on chord $AB$ is constructed a line $OP$....
1
Calculating the angle of a ring segment
3
How can I find $\Delta_1$ for the first of two reversing curves?