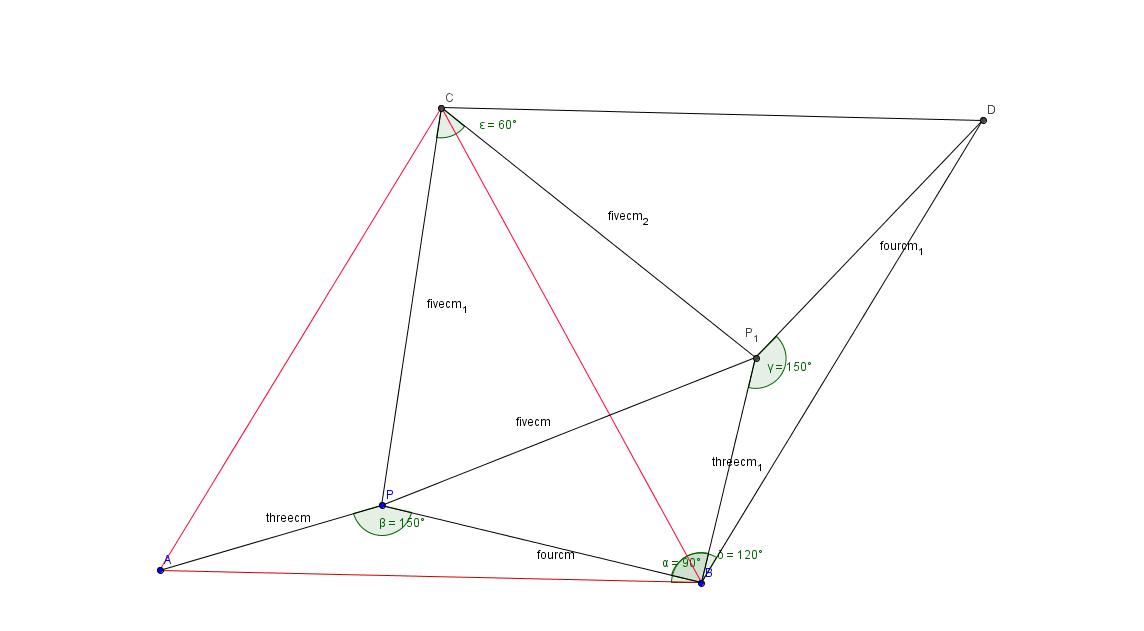 It is the red triangle in the picture. The exercise is to calculate the area of the Equilateral triangle (without using law of cosine and law of sine, just with simple elementary argumentation).

The first I did was to reflect point $A$ along the opposite side $a$, therefore I get $D$. Afterwards I constructed another Equilateral triangle $\triangle PP_1C$.

Now I have no more ideas. Could you help me finishing the proof to get $a$ and therefore the area of the $\triangle ABC$. If you have some alternative ideas to get the area without reflecting the point $A$ it would be interesting.

Well, since the distances form a Pythagorean triple the choice was not that random. You are on the right track and reflection is a great idea, but you need to take it a step further.

Check that in the (imperfect) drawing below $\triangle RBM$, $\triangle AMQ$, $\triangle MPC$ are equilateral, since they each have two equal sides enclosing angles of $\frac{\pi}{3}$. Furthermore, $S_{\triangle ARM}=S_{\triangle QMC}=S_{\triangle MBP}$ each having sides of length 3,4,5 respectively (sometimes known as the Egyptian triangle as the ancient Egyptians are said to have known the method of constructing a right angle by marking 12 equal segments on the rope and tying it on the poles to form a triangle; all this long before the Pythagoras' theorem was conceived)

On the other hand 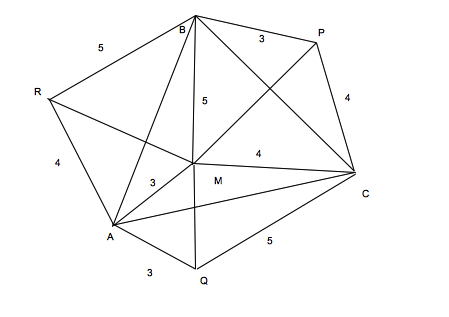 You can solve this without any trig if you consider the properties of a equilateral triangle, and the fact that you've created six right triangles in which you know the length of the hypotenuse and the relationship:

Now we draw some simple conclusions:

Interestingly enough, this problem is Problem 13 of the American Invitational Mathematics Examination in 2012. As such, it was used to screen candidates for the American Mathematics Olympiad that year.

Art of Problem Solving details their solution to this problem in their Wiki and on their YouTube channel. The following points and figures were developed years ago based on their video.

We are asked here to find the area of the equilateral $\Delta{ABC}$ drawn in Figure (a) below and whose vertices lie 3, 4, and 5 units away, in that order, from a point $O$. 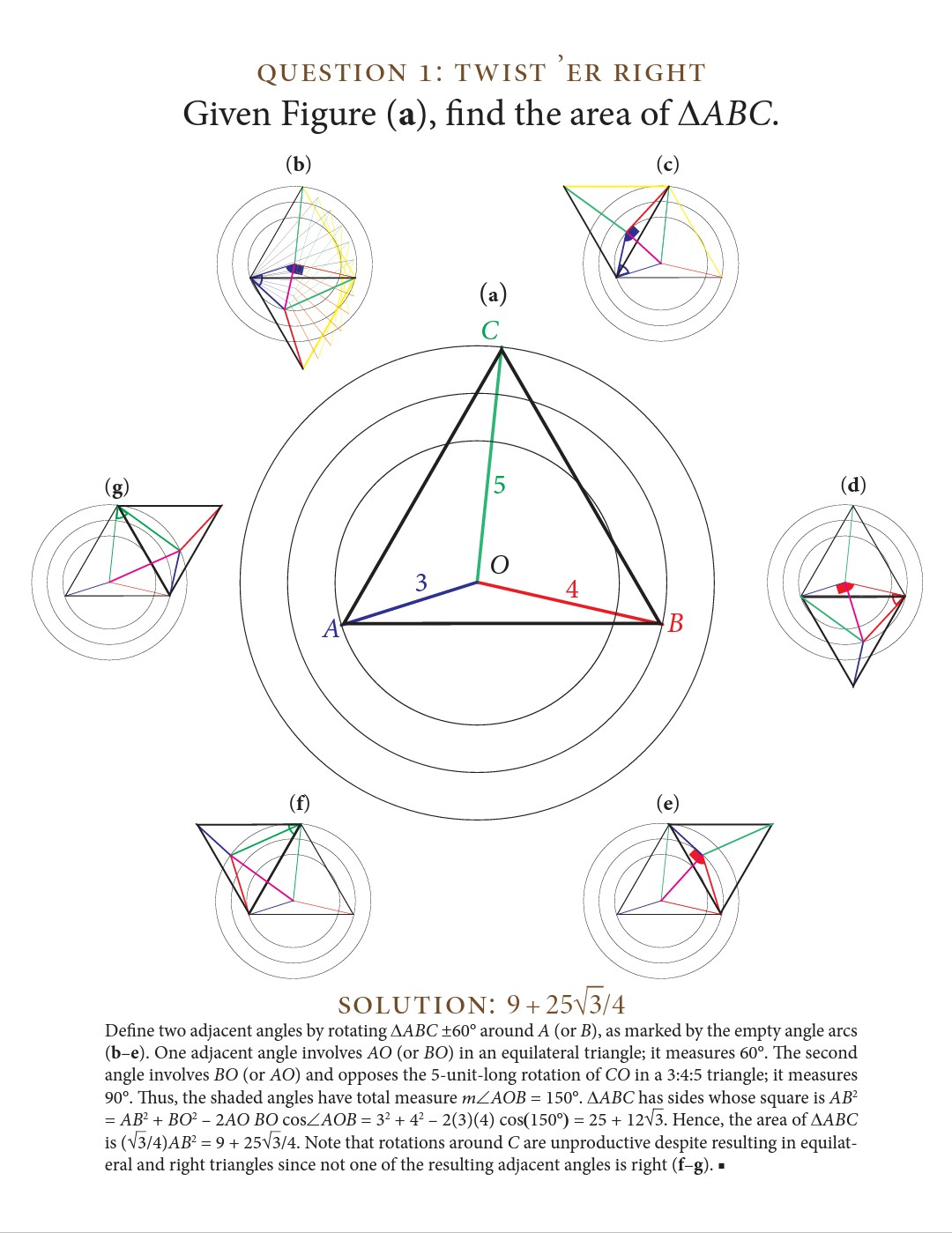 Not the answer you're looking for? Browse other questions tagged geometry triangles geometric-construction or ask your own question.