Here is the pertinent section: 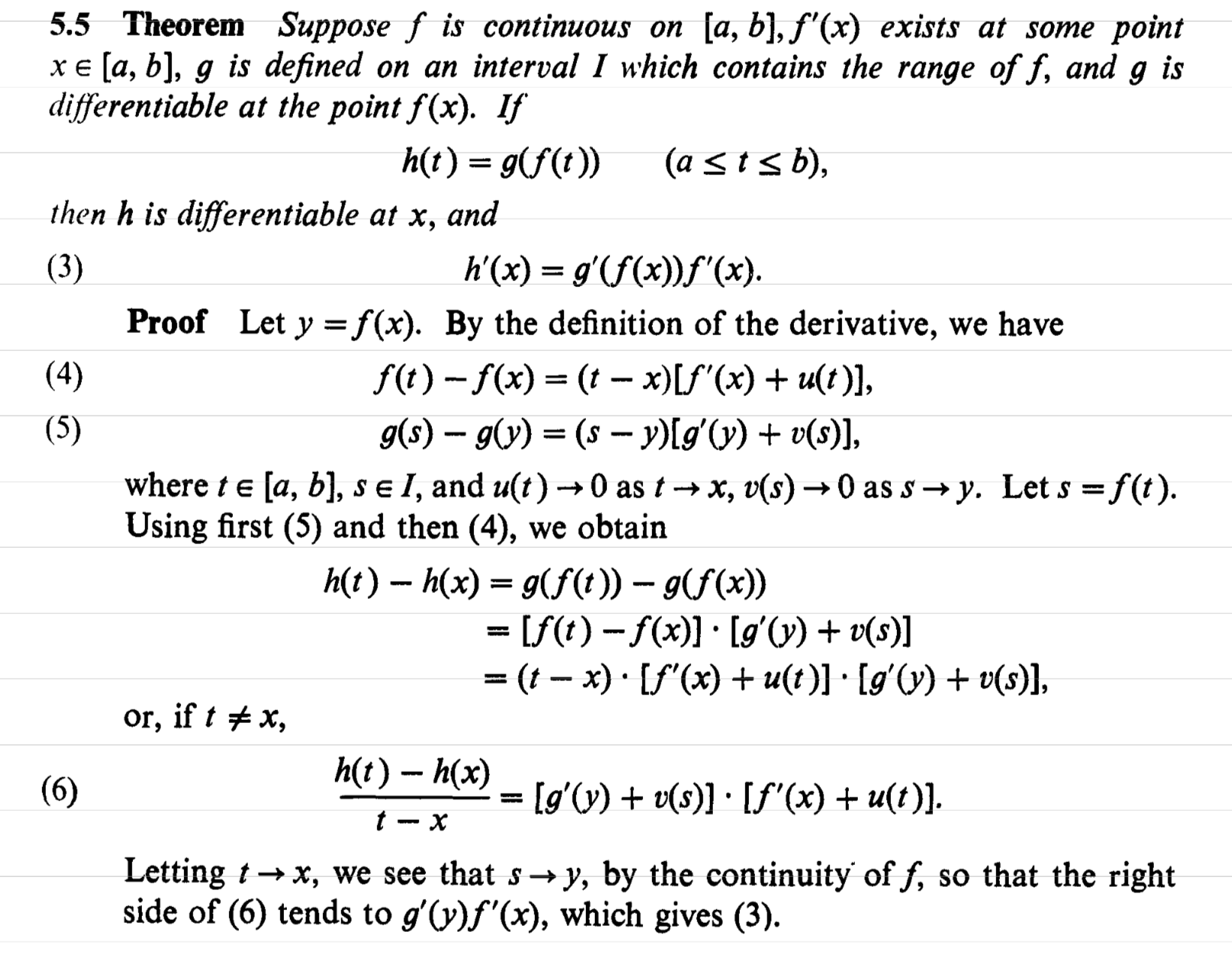 It seems in the statement of the theorem he has the unnecessary assumption "suppose $f$ is continuous on $[a,b]$". I can't spot where it is used (obviously $f$ is continuous at $x$, but perhaps it's possible that $\forall \epsilon >0 \exists y \in (x-\epsilon, x+\epsilon)$ s.t. $f$ is not continuous @ y, or something to that effect). This assumption is not stated in Wolfram Mathworld or Wikipedia's statement of the chain rule either. So is it necessary? Is it possible to have $f$ differentiable at $x$ but not continuous on any (non-trivial, we have to take $a\neq b$ for the derivative to be defined) interval, and then chain rule doesn't hold?

I think it is unnecessary too. Every statement of the chain rule I've seen runs like:

Also, in the proof (I only gave it a quick read), it seems like Rudin only uses continuity of $f$ at the particular point $x$ (rather than the entire interval), which as you mentioned follows from the assumption that $f$ is differentiable at $x$.