Are these continued fractions of integrals known?

Some elementary properties of the transform include 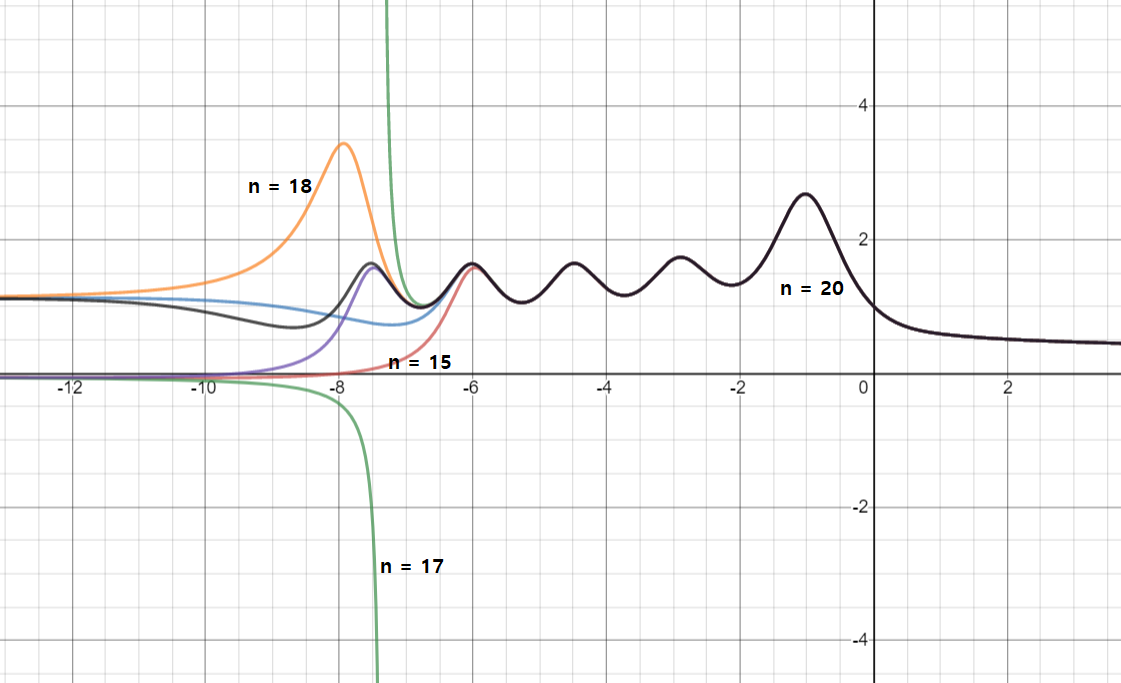 We can see that as $n$ increases, $\mathcal I(1)$ produces more waves. As @PeterForeman mentioned in the comments, the limit $\lim\limits_{s\to-\infty}\mathcal I(1)$ does not exist since it is zero for odd $n$ and $+1$ for even $n$. However, I believe there are more things that can be investigated.

Not an answer, but one more picture, with the functions for 100 and 150 terms superposed.

It is not clear what is happening on the left.

Here is the code (using sagemath):