I saw a few posts that ask to prove this identity, but I'm still trying to understand what it means intuitively. Can anyone show a few examples of it?

Think about the $x-y$ and $y-z$ coordinate planes in space. Each has dimension $2$. Their intersection is the $1$ dimensional $x$ axis. Their sum is the full $3$ dimensional space. 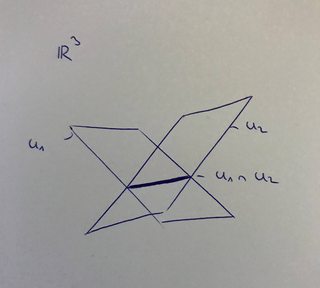