In my current lecture Numerical Analysis of Ordinary Differential Equations we introduced the concept of One-sided Lipschitz functions.

A function $f: D \rightarrow \mathbb{C}^d$ satisfies a one-sided Lipschitz condition on it's domain $D \subseteq \mathbb{R} \times \mathbb{C}^d$ if there exists $C \in \mathbb{R}$, such that the inequality

As you have already mentioned, Lipschitz condition is sometimes illustrated by a cone condition: 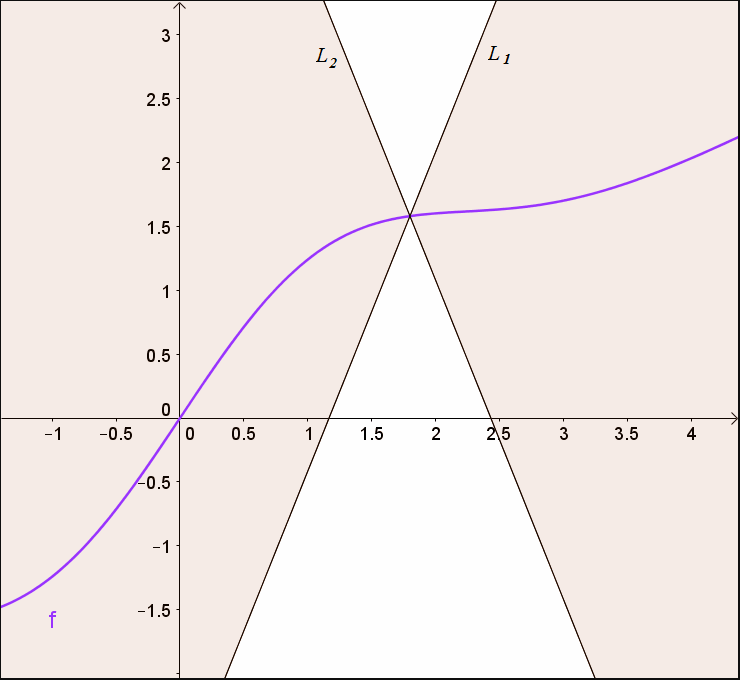 Note that the Lipschitz constant $C$ is related to the (white) cone angle, i.e. if $\theta$ is the angle between two generating lines of the cone (which we call $L_1$ and $L_2$) then $$C=\cot\frac{\theta}2$$ The key to understand or visualize one-sided Lipschitz condition is the $\frac{\theta}2$ term. If a function is not Lipschitz at all, then there is no $C$ or in other words, $C$ tends to infinity and thus $\frac{\theta}2$ or $\theta$ are zero. This means that the cone vanishes. 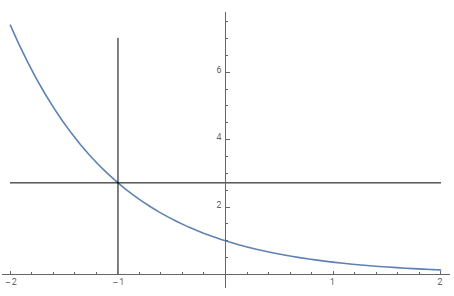 Edit: How to mathematically formulate this property?

Not the answer you're looking for? Browse other questions tagged continuity intuition lipschitz-functions or ask your own question.