The corners of a fixed convex (but not necessarily regular) n-gon are labeled with distinct letters. If an observer stands at a point in the plane of the polygon, but outside the polygon, they see the letters in some order from left to right, and they spell a “word” (that is, a string of letters; it doesn’t need to be a word in any language).

Determine, as a formula in terms of $n$, the maximum number of distinct $n$-letter words which may be read in this manner from a single $n$-gon. Do not count words in which some letter is missing because it is directly behind another letter from the viewer's position.

On the official site's solution page, two solutions are given: One is ugly and well, seems complicated. The other one is given to be: $$2\binom{n}{2}+2\binom{n}{4}$$ which my solution is closer to. Any help to get it would be appreciated. And, please point out if I've done something wrong.

As indicated by @WW1 we have to consider a general convex $n$-gon meaning that no two lines connecting corners of the $n$-gon are parallel. Otherwise the formula \begin{align*} 2\binom{n}{2}+2\binom{n}{4} \end{align*} is not generally valid.

The graphic below gives $2\binom{4}{2}=12$ blue marked different words in case of a $4$-gon. Note that no two lines connecting two corners are in parallel. 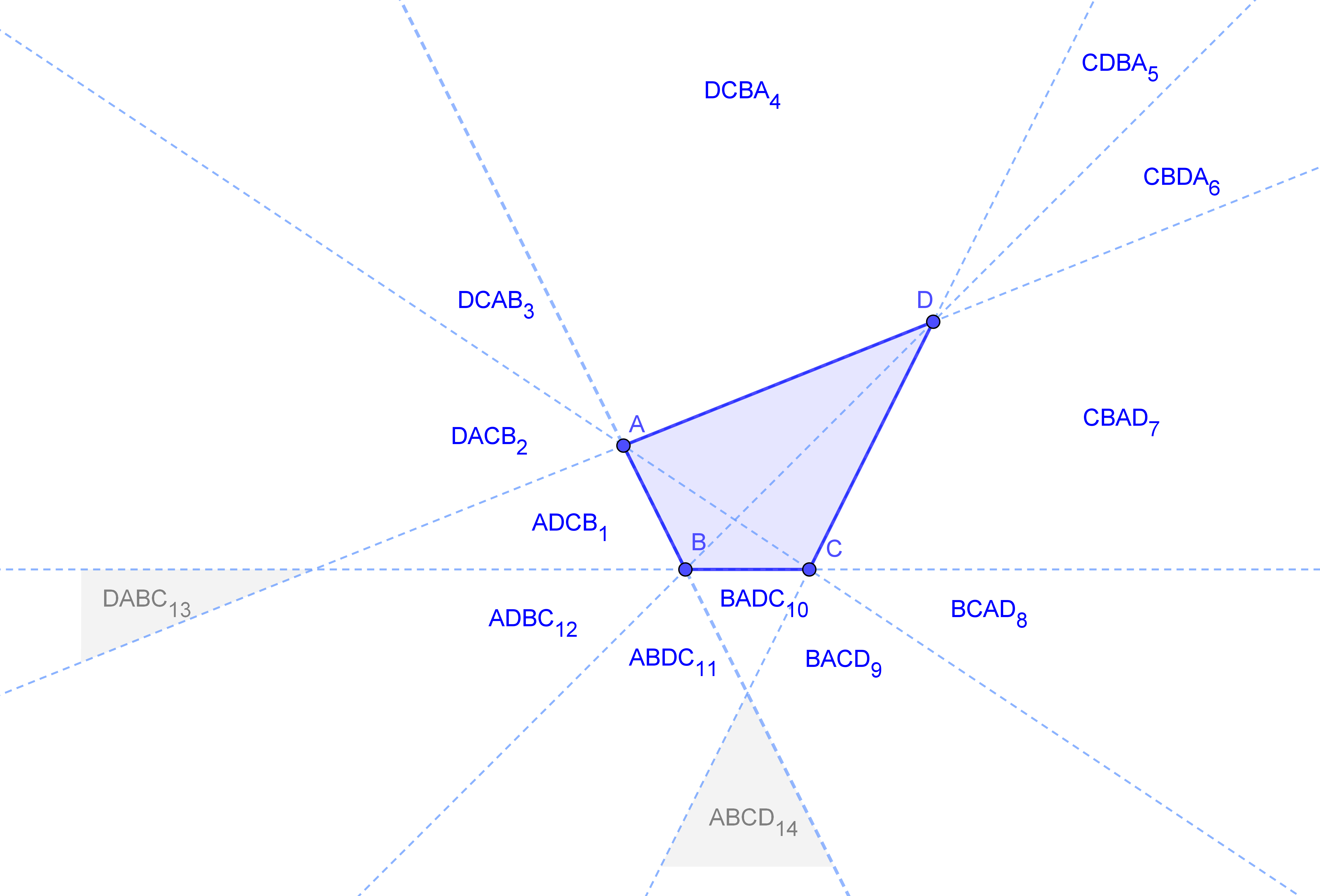 Note: From the graphic it's obvious that parallel lines reduce the number of regions we can obtain reducing also the number of different words.

Not the answer you're looking for? Browse other questions tagged combinatorics contest-math or ask your own question.