I tried searching mathematical literature but I was unable to come across anything apart from the non-convergence of the sequence.

tl;dr (written after addendum): It seems plausible that $A$ contains points of both signs having arbitrarily large magnitudes. It's not so clear $A$ is dense outside of a neighborhood of zero. 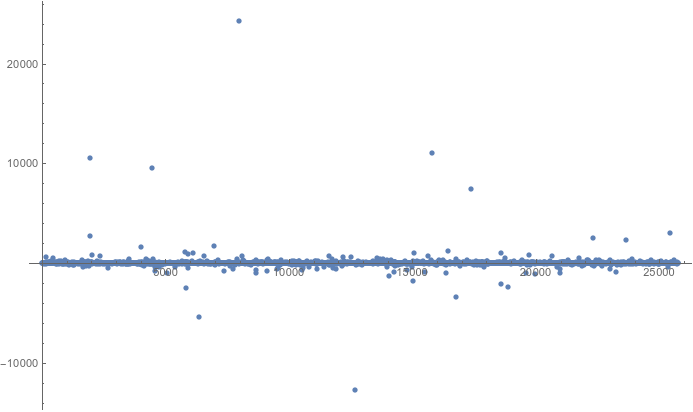 and zooming in the vertical axis a bit 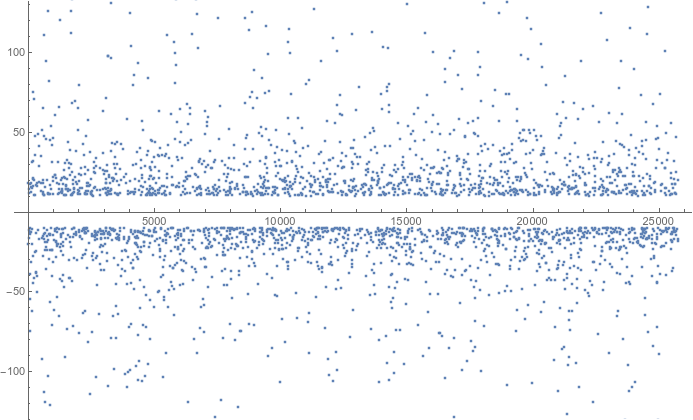 there do seem to be large magnitude outliers and no tendency to collapse towards zero, at least up to $n$ near $10^{25\,000}$. (Note that values of $\left| \dfrac{\tan n}{n} \right| <10$ are suppressed to avoid a solid band of points obscuring the horizontal axis.) 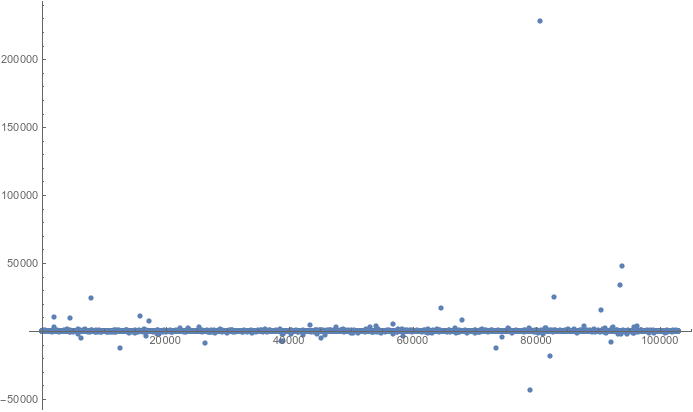 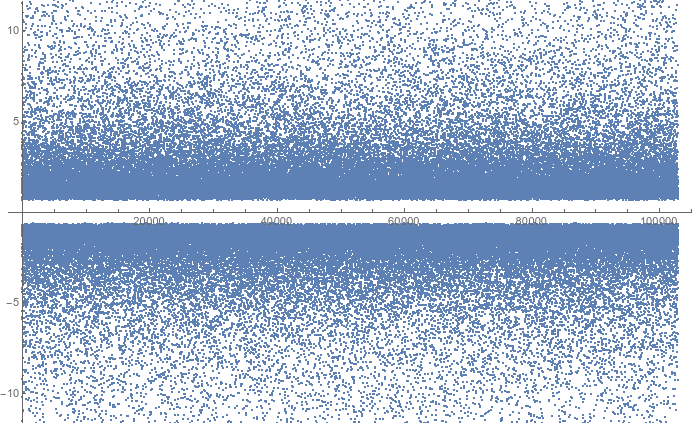 Maybe there's a small bias favoring positive extreme values. We don't seem to run out of new extreme values. There was no need to cut out small magnitude points since we cut out even $k$s. We don't seem to be running out of odd $k$s, so maybe there are infinitely many of them. The vertical density of points seems stationary as $n$ increases. But there also seems to be very little reason to believe in eventual fill-in of the gaps between the very large magnitude points.

Not the answer you're looking for? Browse other questions tagged real-analysis general-topology or ask your own question.