Find the radius of circle which touches parabola and $x$-axis

I am working on my scholarship exam practice (high school/pre-university maths) and attempt to do this question but stuck.

Denote by $D$ the Domain

I am not sure how I should interpret this problem. What I know so far is below:

I have wrote a rough graph below, but I think I should consider only quadrant 1 because of the domain.

For the circle if we assume that circle may or may not be centered at origin, then

It also touches $x$-axis, meaning that

After factorized and rearranged, we got 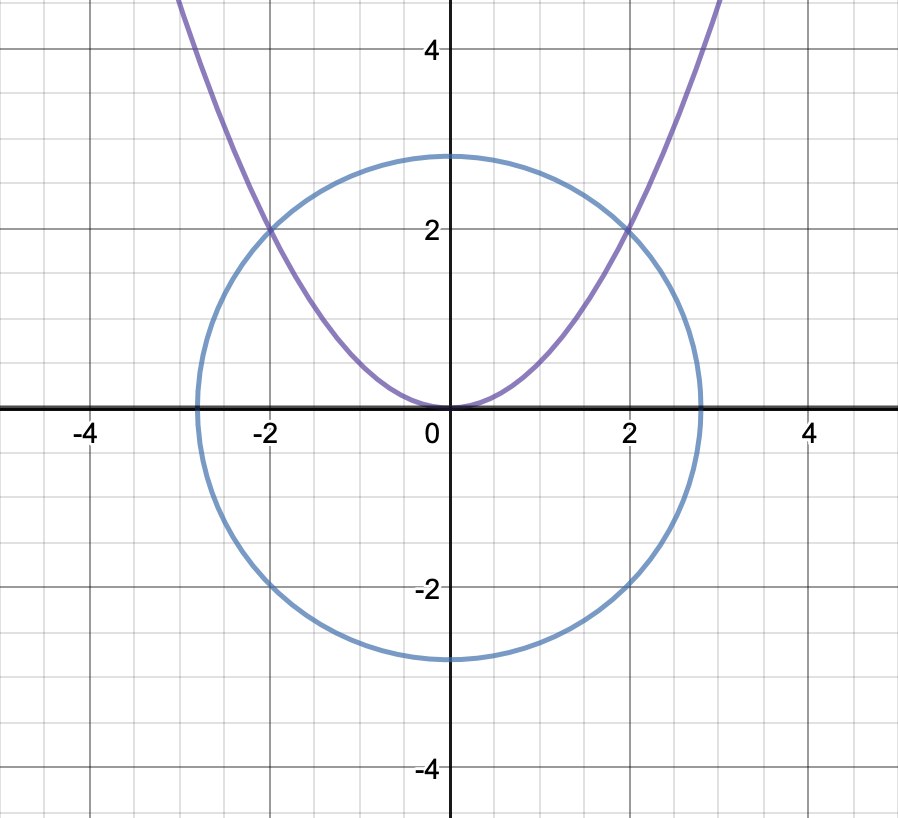 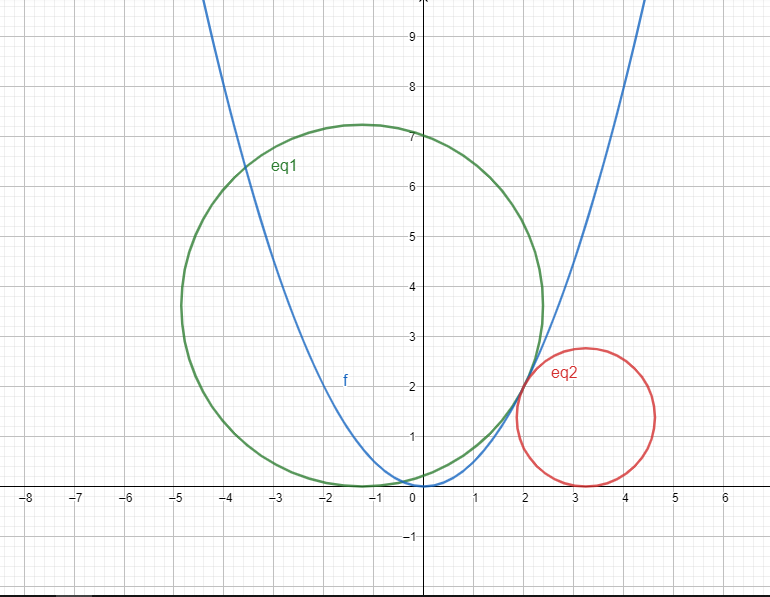 As stated in the comment, "touching" and "intersecting" has different meanings. "Touching" at point $P$ implies for both figure should pass through $P$ and their tangents at $P$ should be parallel or coincident.

Alternatively, the center of the circle must lie on the perpendicular to the tangent at $(2,2)$. From equation (2), the slope of the tangent at this point is $2$, so an equation of the perpendicular to this tangent is $${y-2\over x-2}=-\frac12.\tag4$$ Additionally, given two tangents to a circle, the circle’s center lies on one of the angle bisectors of those tangents. An equation of the $x$-axis is $y=0$, so the two bisectors of your circle have equations $$\frac1{\sqrt5}(2x-y-2)=\pm y.\tag5$$ Compute the intersections of line (4) with each of the lines in (5).

With any of these methods, you will end up with two potential solutions. Reject the solution that doesn’t lie in $D$.