My question is about a simple closed curve that is also a space-filling curve. The figure shows 6 iterations of the formation of a Hilbert curve (limit), whose trace is a solid square. I think we may, at each iteration, connect the endpoints of the curve in order to obtain a Jordan curve (simple closed curve), preserving the limit of this sequence of curves (a solid square). So, at the limit, we will have a space-filling, simple closed curve. By the Jordan curve theorem, every simple closed curve "divides the plane into an "interior" region bounded by the curve and an "exterior" region containing all of the nearby and far away exterior points, so that every continuous path connecting a point of one region to a point of the other intersects with that loop somewhere" (Wikipedia). 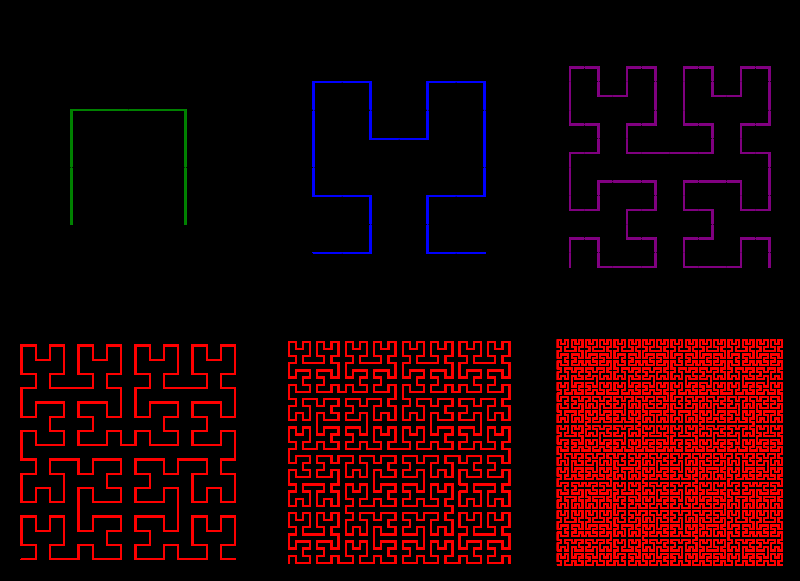 In Osgood's paper "A Jordan Curve of Positive Area" you have the PDF here he provides a construction for a space-filling curve $[0,1]\hookrightarrow [0,1]^2$ but it is not a closed curve: it is, using nomenclature of the Jordan Curve Theorem, a Jordan Arc. Still, at the end of the paper, he provides the construction of a closed jordan curve. Hope it satisfies your curiosity!

Not the answer you're looking for? Browse other questions tagged plane-curves or ask your own question.

4
Do simply connected open sets in $\Bbb R^2$ always have continuous boundaries?
4
How can a simple closed curve not look locally like the rotated graph of a continuous function?
6
Is this variant of the Jordan Curve Theorem true?
4
Proving a corollary to the Jordan Curve Theorem
1
Does a Jordan curve partition sufficiently small balls centered on it into an interior and exterior component