What is wrong with this paper on arXiv which claims that the set of real numbers is countable?

This is a follow up to: Cantor's diagonal argument and alternate representations of numbers

What is wrong in this paper on arXiv: The Continuum is Countable: Infinity is Unique, Laurent Germain?

The author builds a tree and shows that he can represent, through this tree, any real number. Thus, real numbers are countable?! 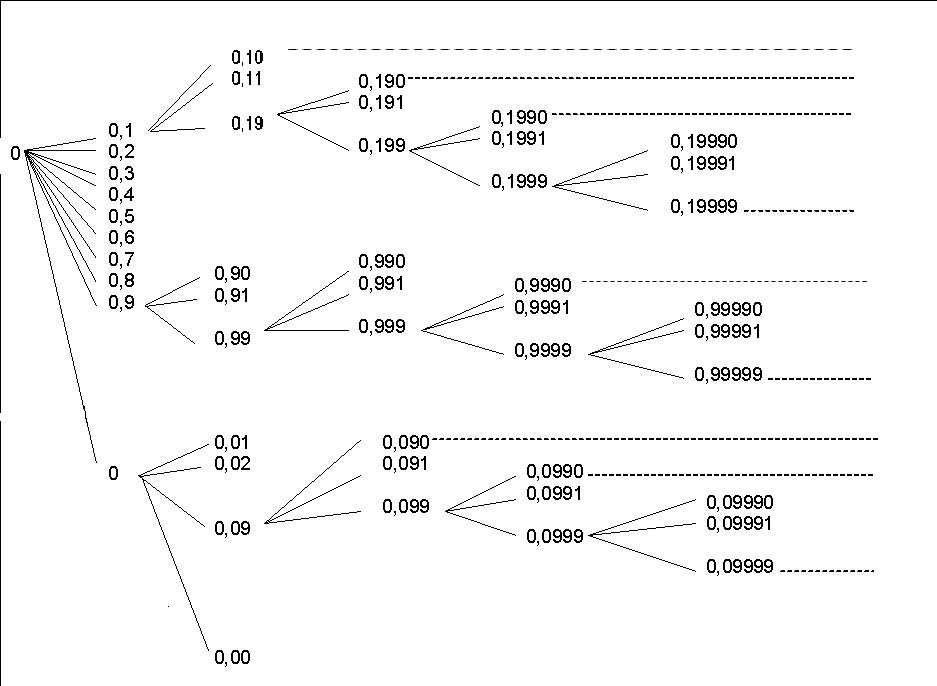 Note that to prove the countability of real numbers, you'd need to list all infinte paths in the tree; listing all elements of the tree is not enough.

The author of the paper in the proof of Proposition 2.2. claims

"When N is large, counting the number of nodes is the same as counting thenumber of paths (to infinity) in the tree."

but this is not true.

Some examples of the paper's "logic":

Here, the letter "N" is not bolded, so apparently they are using it to refer to an unknown number, rather than the set of natural numbers. However, I don't see anywhere that they define it, and relying on bold versus non-bold to distinguish between two concepts is poor choice. Also, if N is "large", that implies that it's finite, but then they switch to saying "to infinity".

The cardinality of the set of the nodes of this infinite tree is $10^{ℵ_0}$ counted 9 times.

Bare statement with no support.

I don't know, I didn't read the article but that's what this picture seems to say, no?

The point of the Axiom of Infinity is to say that we don't have to reach the end of the defining algorithm to accept a set as complete. All we have to do is reach any possible member.

The algorithm you found can't reach the end of a simple repeating fraction like 1/3=0.333... . The author of the paper is confusing the fact that the Axiom of Infinity says the decimal string "0.333..." exists, with actually defining it with a finite number of steps.

Not the answer you're looking for? Browse other questions tagged real-numbers cardinals infinity or ask your own question.