Can a chain of solid round links be twisted without getting shorter?

If I have two linked tori of equal size with $r_{\rm major} >> r_{\rm minor}$ that are tangent at one point, can one of the toruses be slightly rotated around the line through both centers without colliding? (the x-axis in the image) 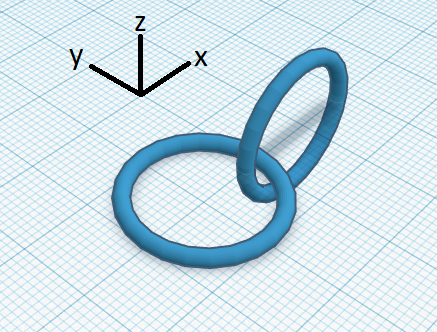 Let me set $r=r_\text{major}$ and $\delta=r_\text{minor}$ and let $2a$ (with $a<r$) be the distance between the centres of the tori. If the tori are "orthogonal" to each other, then they are internally tangent for $a=r-\delta$.

Tori are tangent and don't overlap only if that minimum distance is equal to $2\delta$. Hence we find that half the distance between the centres of the tori is given by

In conclusion, a twisted chain gets shorter by the amount $2(r-\delta-a)(n-1)$, where the value of $a$ must be computed as above and $n$ is the number of rings in the chain.

In the figure below you can see two linked tori, with $\delta/r=0.2$, twist angle $\alpha=50°$ and tangency points in yellow. 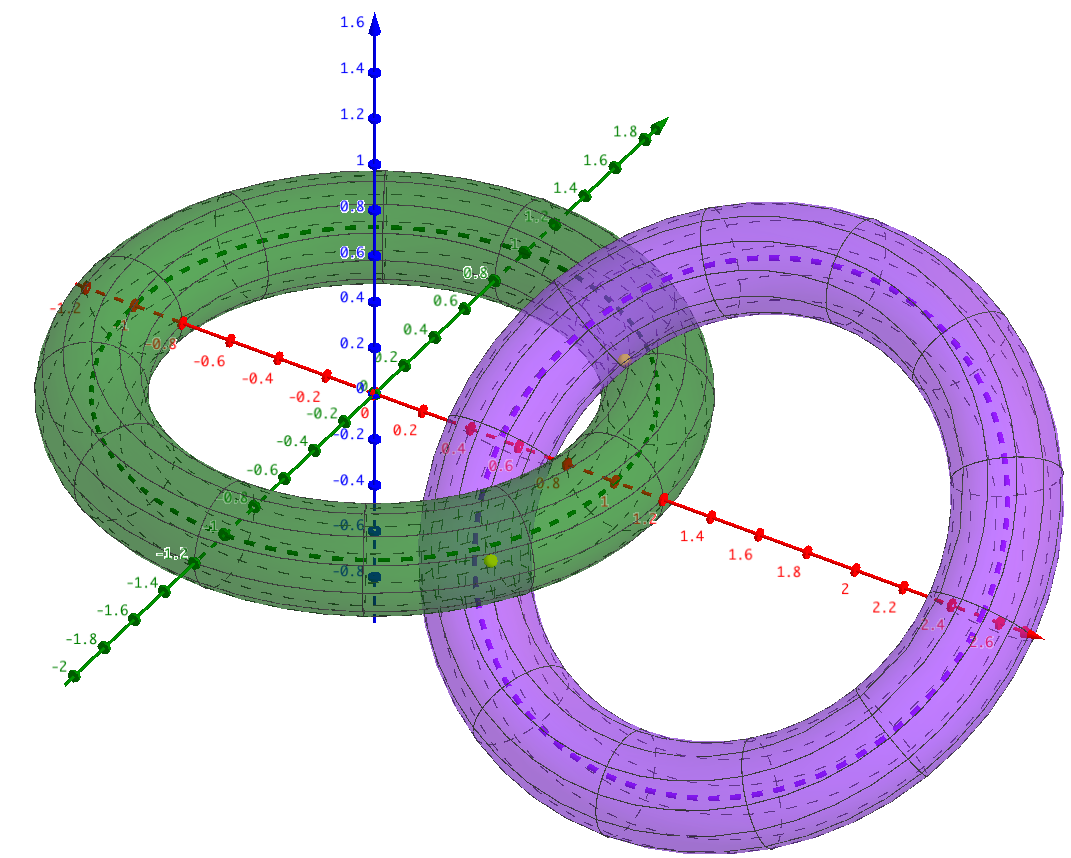 After I had completed this answer I found this paper which deals with the limiting case $\alpha=\alpha_\max$ (see figure below). The author shows that in such case the tori touch each other not only at two points, but all along a closed curve. In addition, the central circle of each torus is a Villarceau circle of a torus having the same central circle as the other torus but minor radius $2\delta$. 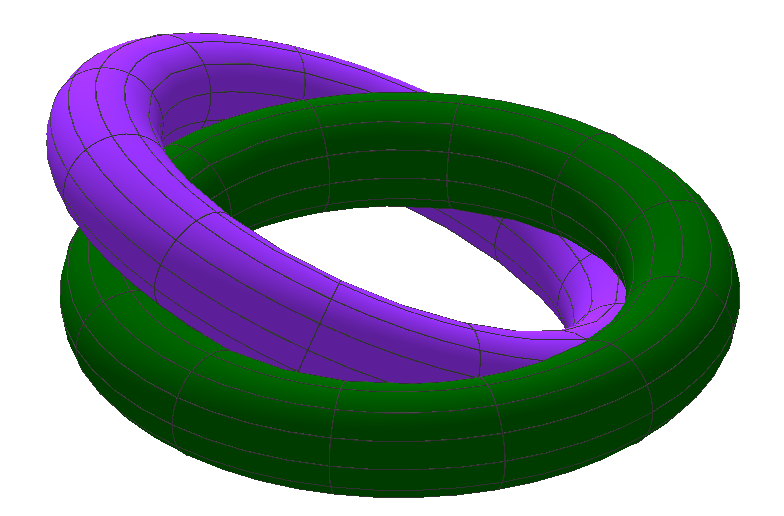 Not the answer you're looking for? Browse other questions tagged solid-geometry collision-detection or ask your own question.

10
Can the inscribed angle theorem be generalized to solid angles in 3D? And beyond to n-dimensional space?
7
Can there be two adjacent solid angles?
1
What is the name of this “twisted” solid?