Given a 4x4 homogenous transform $H$ I know that the first three columns of $H$ (ignoring the last row) define the basis vectors of the 3D coordinate system that it moves its "parent" coordinate system into. Of course the parent is implicitly the standard basis $I$ unless otherwise specified. This observation comes from the fact that left multiplying each of the standard basis vectors by $H$ picks out each one of the columns. The last column (ignoring the last row) of $H$ defines the origin of this new coordinate system.

I would like to plot some kind of a 3D geometry (say, a plane) that has been transformed by $H$ as well as plot its local coordinate system visualized by its basis vectors.

Let's say I have some transform Hpw (plane to world) which transforms some plane from its local coordinates to the global coordinates (the world). For brevity, I will define this matrix using Matlab syntax. makeH simply concatenates a rotation matrix and translation vector and adds a row of 0 0 0 1.

From my understanding each column of Hpw represent the world basis vectors in plane coordinate space.

Therefore I plot some scaled versions of the columns of Hwp = inv(Hpw) which are just arrows that share the origin [0 0 0]. I get exactly the effect I want. 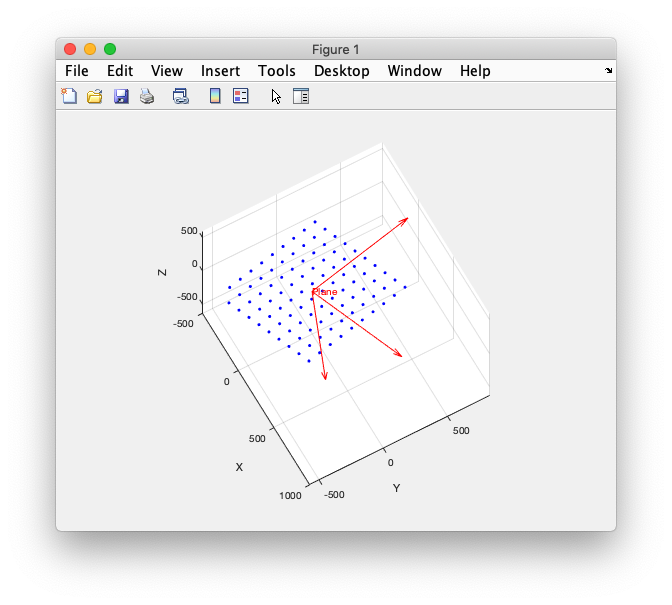 I was quite satisfied with this until I introduced translation in my Hpw.

Of course, Hwp = inv(Hpw) has a -500 in its translation component, so the arrow origins when I'm plotting are in the wrong place. 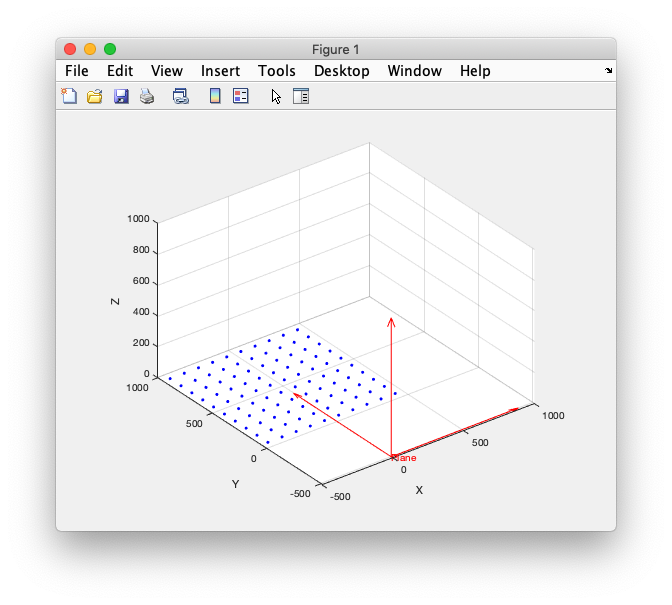 I solved this by plotting the columns of the inverse of the rotation matrix that makes up the homogenous transform (inv(Hpw(1:3, 1:3)) in Matlab syntax) and using the original translation vector Hpw(1:3, 4) as the origin of the basis vector plot. 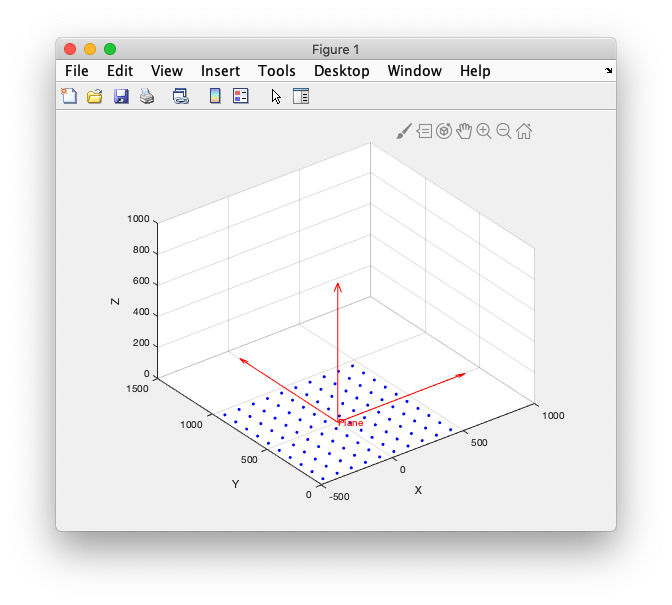 Question By using the columns of the inverse of the rotation matrix as directions of the basis vectors and the translation as the origin, am I correctly visualizing the local coordinate system of a 3D object such as this plane? Furthermore, what is the mathematical explanation as to why I couldn't have used the last column of inv(Hpw) as the origin of the local coordinate system? My hunch is that this has something to do with the fact that homogenous transforms are nonlinear in $\mathbb{R}^3$ but can't really tie that back to what I'm seeing on the plots.

Here's what happens if I don't use the inverse of the rotation part of Hpw.

The coordinate basis vectors aren't aligned onto the plane. 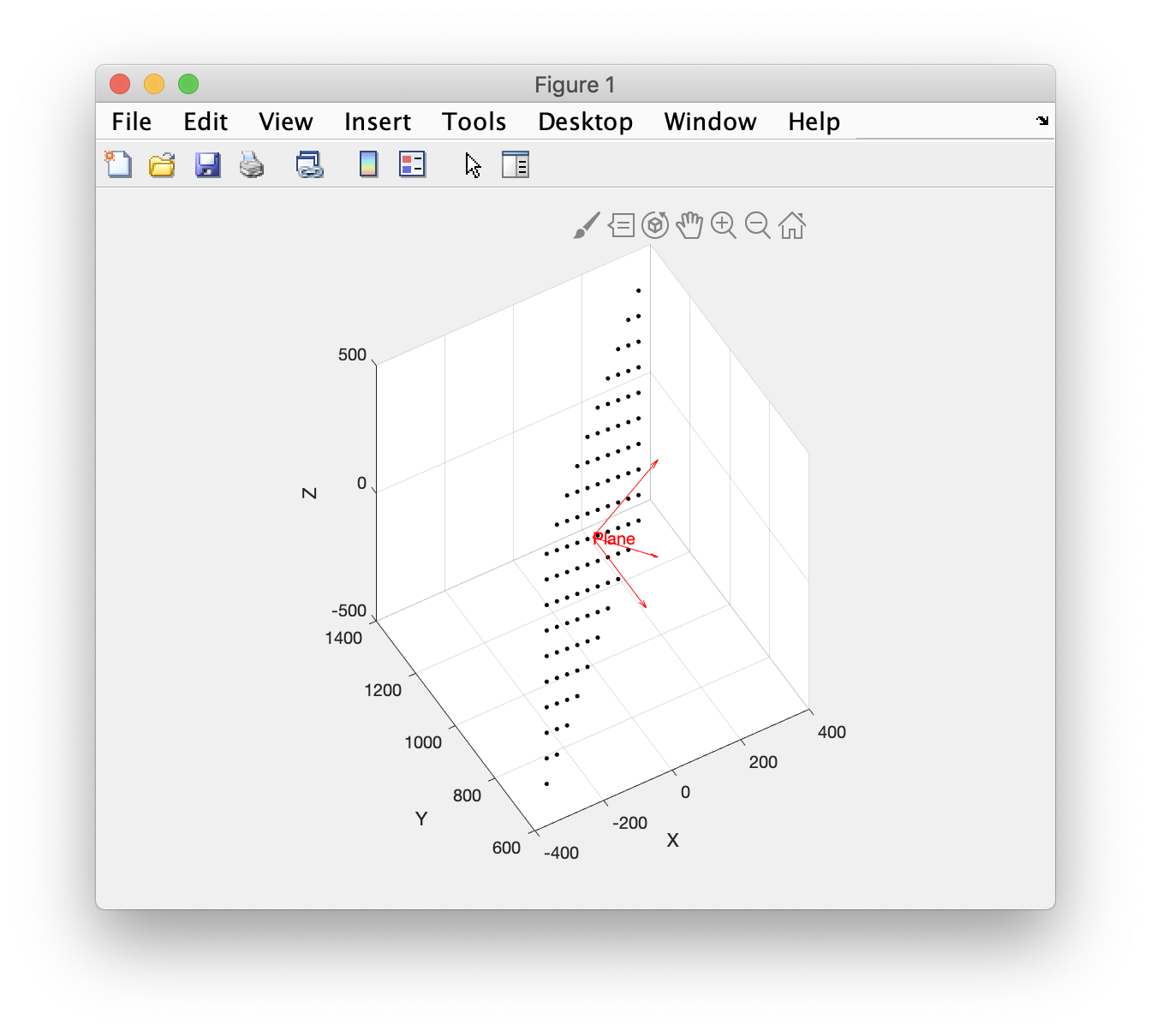 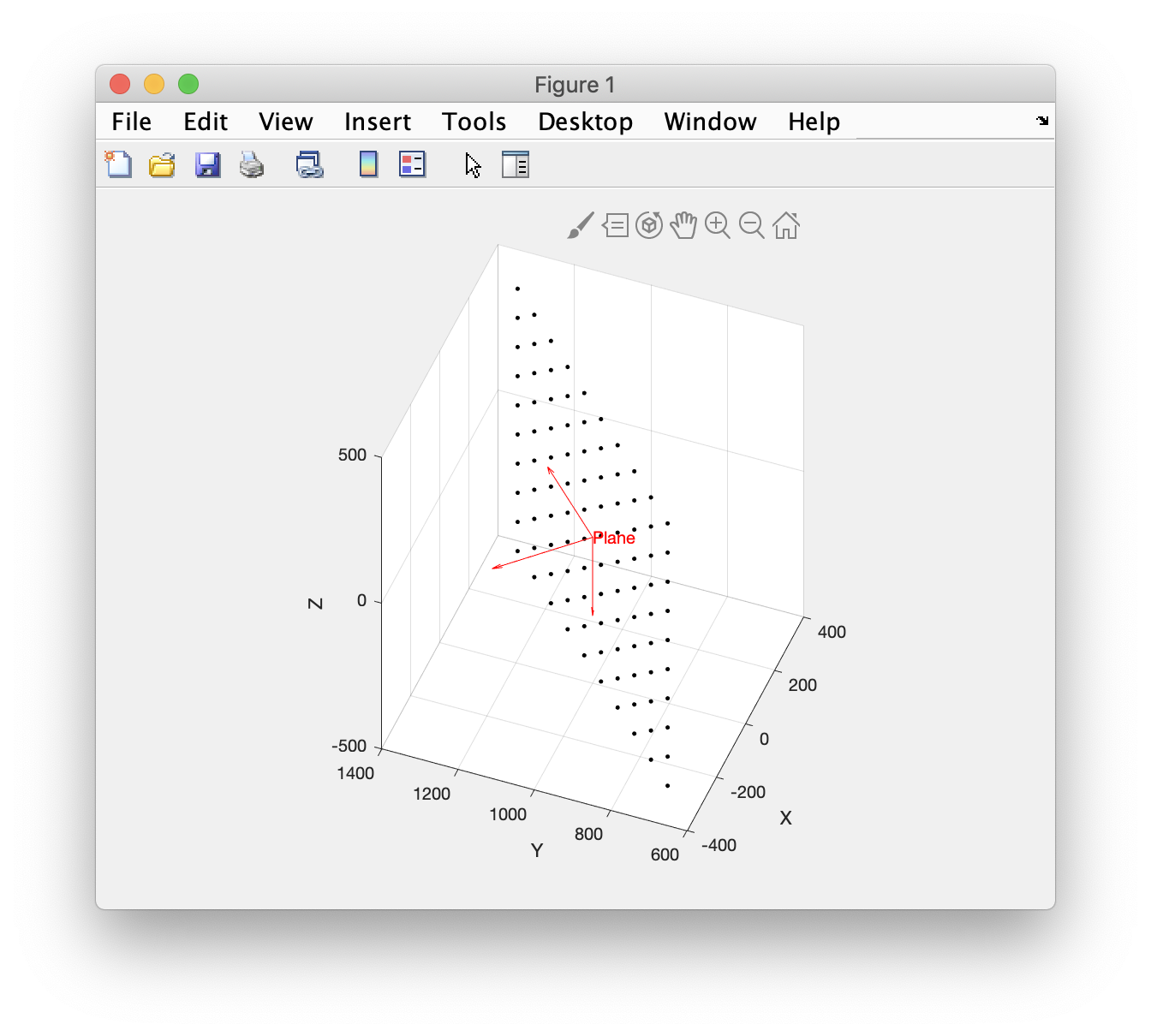 To generate the plane, I'm creating a mesh grid centered at (0, 0, 0). I then apply Hpw to every point on the plane to bring it into the "world". Here's what the grid looks like before applying Hpw. 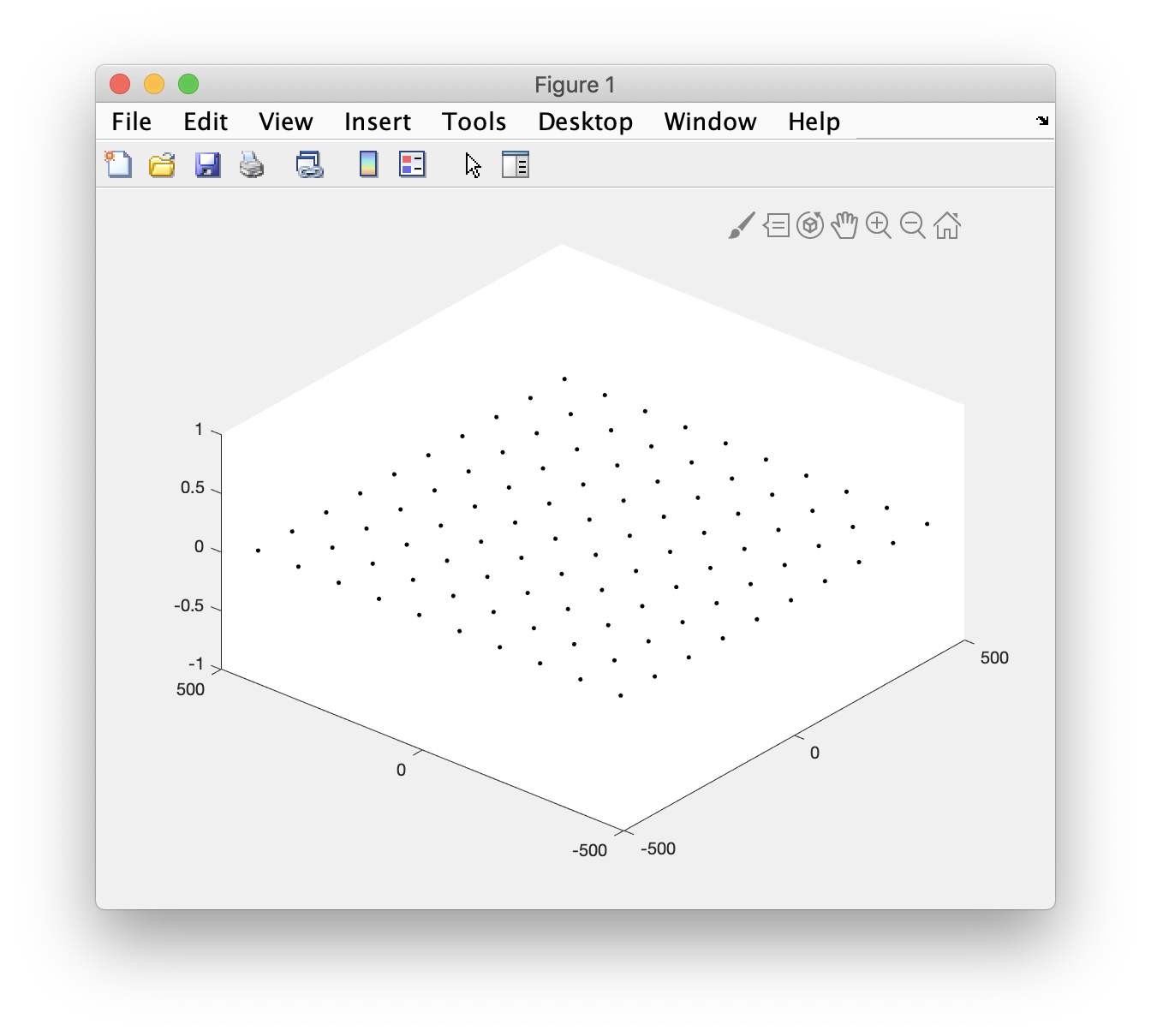 To plot the arrows I'm using quiver3 where the arguments x, y, and z is the translation component of Hpw and u, v, w are the scaled versions of the first three columns of Hpw respectively.

I’m at a bit of a loss as to why, if you indeed used the columns of inv(Hpw) to generate your plot, it looks approximately correct. Since the linear part of your matrix is a rotation, the columns of its inverse are its rows. The second and third rows in particular point in radically different directions than the second and third columns and would result in a rather different picture than the one you’ve got in your question: 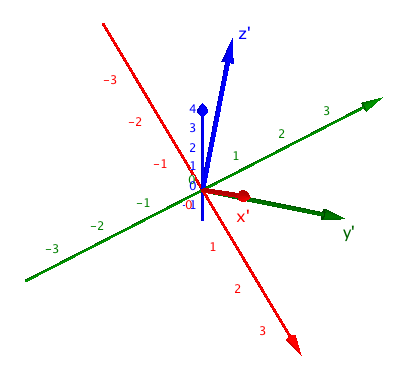 I suspect that you didn’t actually use the columns of inv(Hpw) to produce that plot, or that there are mutually-canceling errors. Rotations and the space $\mathbb R^3$ have several convenient properties that can combine to produce numerically-correct results from mathematically incorrect computations.

Not the answer you're looking for? Browse other questions tagged linear-algebra geometry matlab 3d coordinate-systems or ask your own question.