Fundamental group of the real projective plane and its universal cover

I have some questions regarding the real projective plane $\mathbb{R}\mathbb{P}^{2}$.

If we choose to represent it using the following identification on the square $[0, 1]^{2}$ : 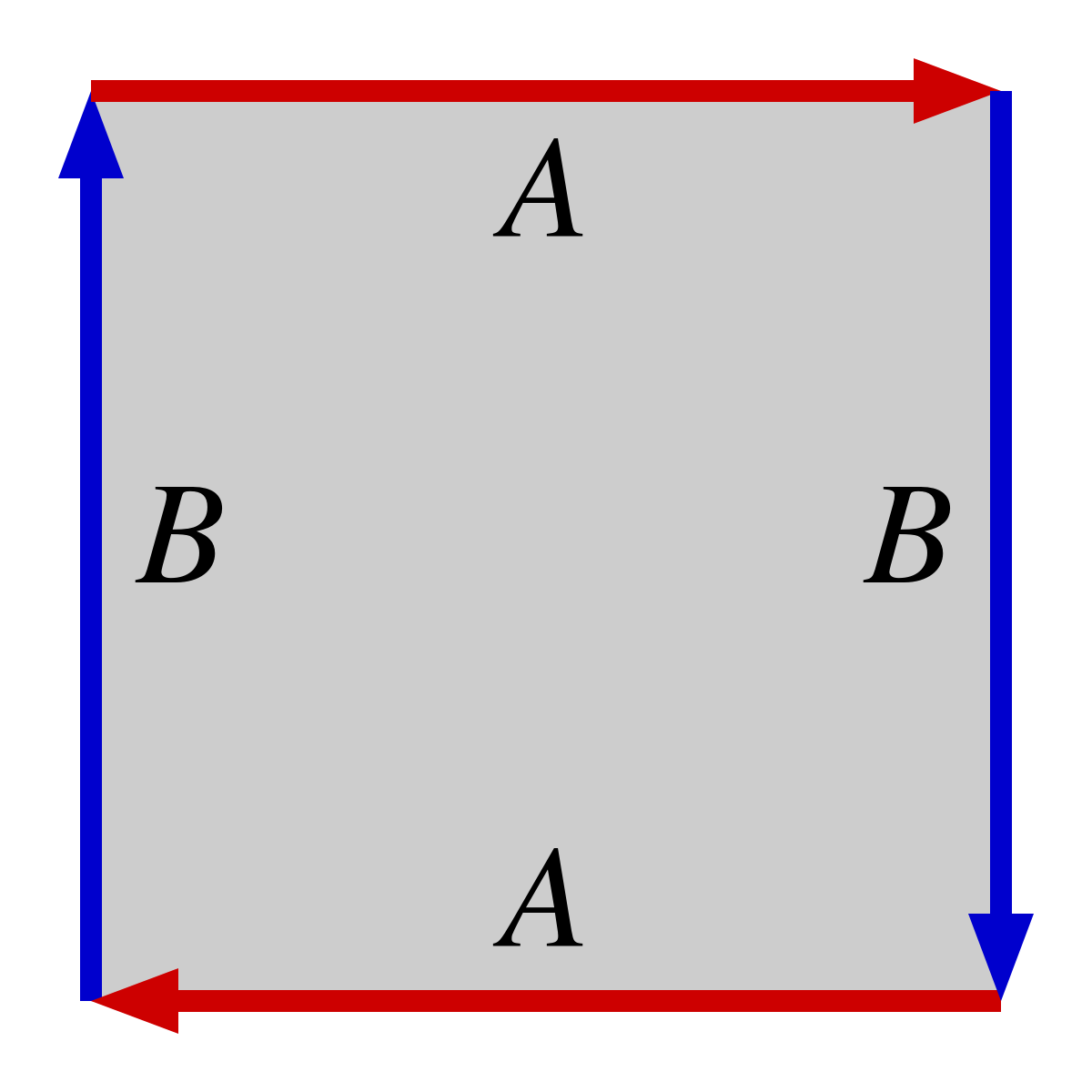 I tried using Seifert-van Kampen theorem but I have a problem. I chose $U_{1}$ as the whole square (above) minus the central point and $U_{2}$ as a disk included in the square.

Second, the boundary of the square is a deformation retract of $U_{1}$ and here is my first question. If we do the same exercise with the Klein bottle or the torus, we know that the boundary is (is homeomorphic ?) a bouquet of two circles. With the identification which is made here, do we have also the same fact ?

Also, my last question, we know that the universal cover of $\mathbb{R}\mathbb{P}^{2}$ is the sphere $S^{2}$. In that case, the group of deck transformations is isomorphic to $\mathbb{Z} \backslash 2\mathbb{Z}$. Could you give me explicitely the two elements of this group ?

Thank your for your help !

Instead, the identifications, on $\partial U_1$ yield just a single circle which is decomposed into a concatenation of two half-circles $C=BA$. We can take $C$ as a generator for $\pi_1$ of the quotient circle.

So now you have enough information to use the same procedure as for the torus and Klein bottle (based on the Seifert-Van Kampen theorem) to obtain the presentation $$\langle C\mid C^2 = 1 \rangle $$ which presents the cyclic group of order $2$.

Here's one proof using the lifting correspondence. Let $p:S^2\rightarrow RP^2$ be the antipodal identification map. This is a covering map, with $S^2$ the universal cover. Let $\phi:\pi_1 (RP^2,b)\rightarrow p^{-1}(b)$ be the lifting corresondence. This is bijective because $S^2$ is simply connected, and hence $\pi_1(RP^2,b)$ only has two elements. Note that this generalizes to $RP^n$ for all $n\geq 2$.

Another way of using SVK is to remember that $RP^2$ can be obtained by gluing a disk the boundary of the Mobius strip. Take $U$ to be a neighborhood of the strip and $V$ to be a disk. Then, $U\cap V$ is an annulus, which has fundamental group $\mathbb{Z}$. Since $U$ deformation retracts to $S^1$, it has fundamental group $\mathbb{Z}=\langle a\rangle$, and the fundamental group of $V$ is clearly trivial. By SVK, $f:\mathbb{Z}\rightarrow\pi_1(RP^2)$ is surjective. We must find the kernel. Let $k$ be the inclusion from $U\cap V$ into $U,$ and $\ell$ the inclusion into $V$. We only need to consider $k$, since the fundamental group of $V$ is trivial. If we take the generator $g$ for $U\cap V$ and send it to the fundamental polygon of the Mobius strip, its image circles twice, meaning that it is homotopic to $a^2$. Since the kernel is the smallest normal subgroup containing $k_*(g)^{-1}\ell_*(g)=(a^2)^{-1},$ we can conclude that the kernel is the normal subgroup generated by $\langle a^2\rangle,$ and so $\pi_1(RP^2)=\langle a\rangle/\langle a^2\rangle=\mathbb{Z}_2.$