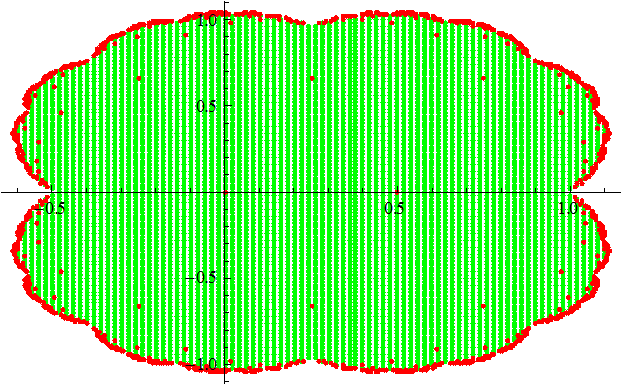 Just of point of clarification: as $n$ increases, (most) red dots will get closer and closer to the Julia set, but none of them are actually on the boundary. This is because preimages of points in the Fatou set stay in the Fatou set.

Not the answer you're looking for? Browse other questions tagged polynomials fractals complex-dynamics or ask your own question.