Why is the left-intro rule in Sequent Calculus equivalent to elimination rule in Natural Deduction?

I have been reading Florian Steinberger's PhD thesis on harmony in sequent calculus, when he asserts that the left-intro rule is functionally equivalent to elimination rule.

His argument is attached at the bottom, but there are two things I don't understand: 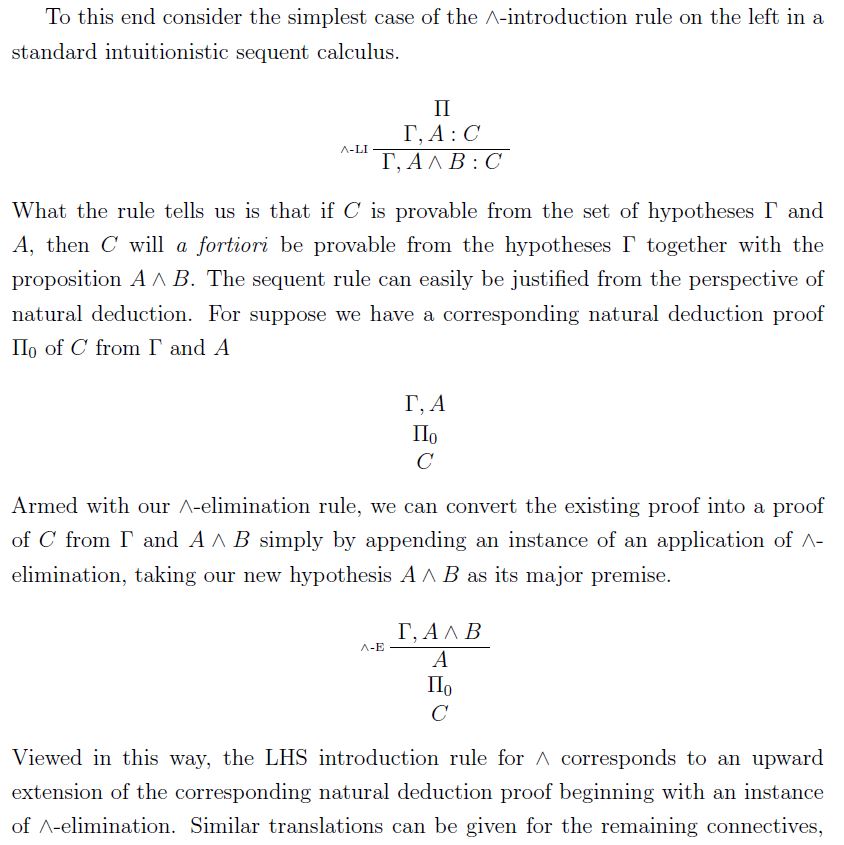 EDIT: Context and Preliminaries for the Two Questions.

So, a derivation in natural deduction has the form \begin{align}\tag{2} \Gamma \\ \vdots \\ A \end{align} where $\Gamma$ is the set of undischarged hypotheses (roughly, the top formulas in the derivation), and $A$ is the conclusion (the bottom of the derivation).

A derivation in the sequent calculus has the form \begin{align}\tag{3} &\vdots \\ \Gamma &\vdash A \end{align} where the sequent at the bottom of the derivation contains both the hypotheses $\Gamma$ and the actual conclusion $A$.

Not the answer you're looking for? Browse other questions tagged logic proof-explanation proof-theory natural-deduction sequent-calculus or ask your own question.