$P$ is any point within triangle $ABC$. $Q$ is a point outside triangle $ABC$ such that $\angle CBQ = \angle ABP$ and $\angle BCQ = \angle BAP$ . Show that the triangles $PBQ$ and $ABC$ are similar. Sir here I think that the diagram I formed is not according to question!

The picture is that $BC$ divides $\angle PBQ$ internally. Then: 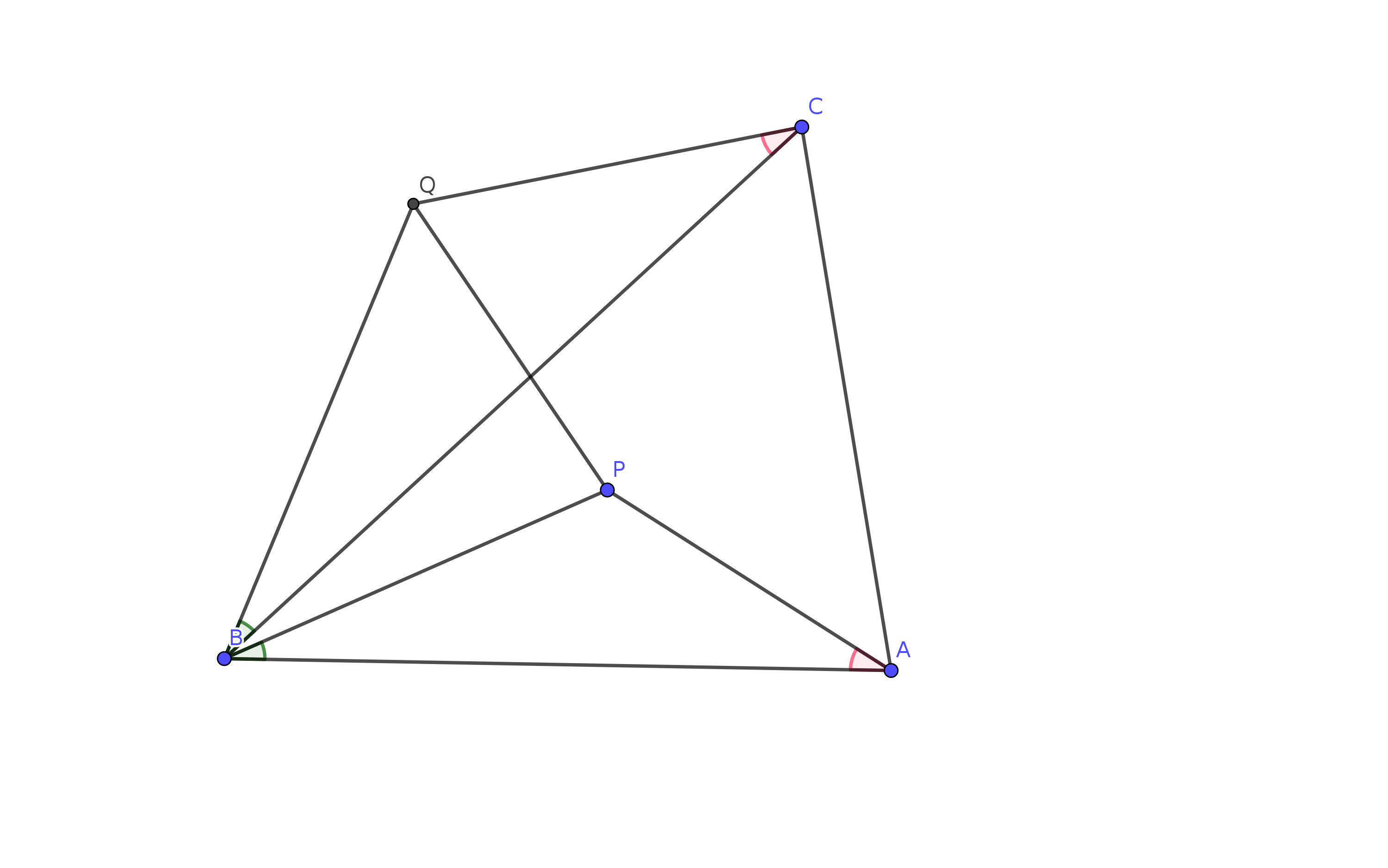 So $\triangle PBQ$ and $\triangle ABC$ are similar (same angle and proportional sides).

Edit: The thought process that goes with this solution is as follows. If the conclusion is true, then either $CB$ or $AB$ must divide $\angle PBQ$. Since the given conditions on angles involve only $\triangle CBQ$ and $\triangle ABP$, it is immediate that the two are similar. Then the correct mental picture emerges --- you rotate the triangle $ABC$ about point $B$ so ray $BC$ becomes ray $BQ$. Hence the opening statement "$BC$ divides $\angle PBQ$ internally". By then there is no need to draw any any pictures.

Not the answer you're looking for? Browse other questions tagged geometry proof-verification or ask your own question.