If two medians are congruent... is the triangle isosceles in a Hilbert plane?

If $ABC$ is a triangle for which two medians are congruent... is it true that the triangle $ABC$ is isosceles in a general Hilbert plane? I am having a little bit of trouble trying to prove this, if it is true. Here is my try, in a Hilbert Plane with the parallelism axiom:

First, let $CD,\,BE$ be the medians of the sides $AC$ and $AB$, respectively. Let $M$ be the point where these medians cut (that exists, as an easy application of Pasch's axiom).

On the other hand, we also have that: 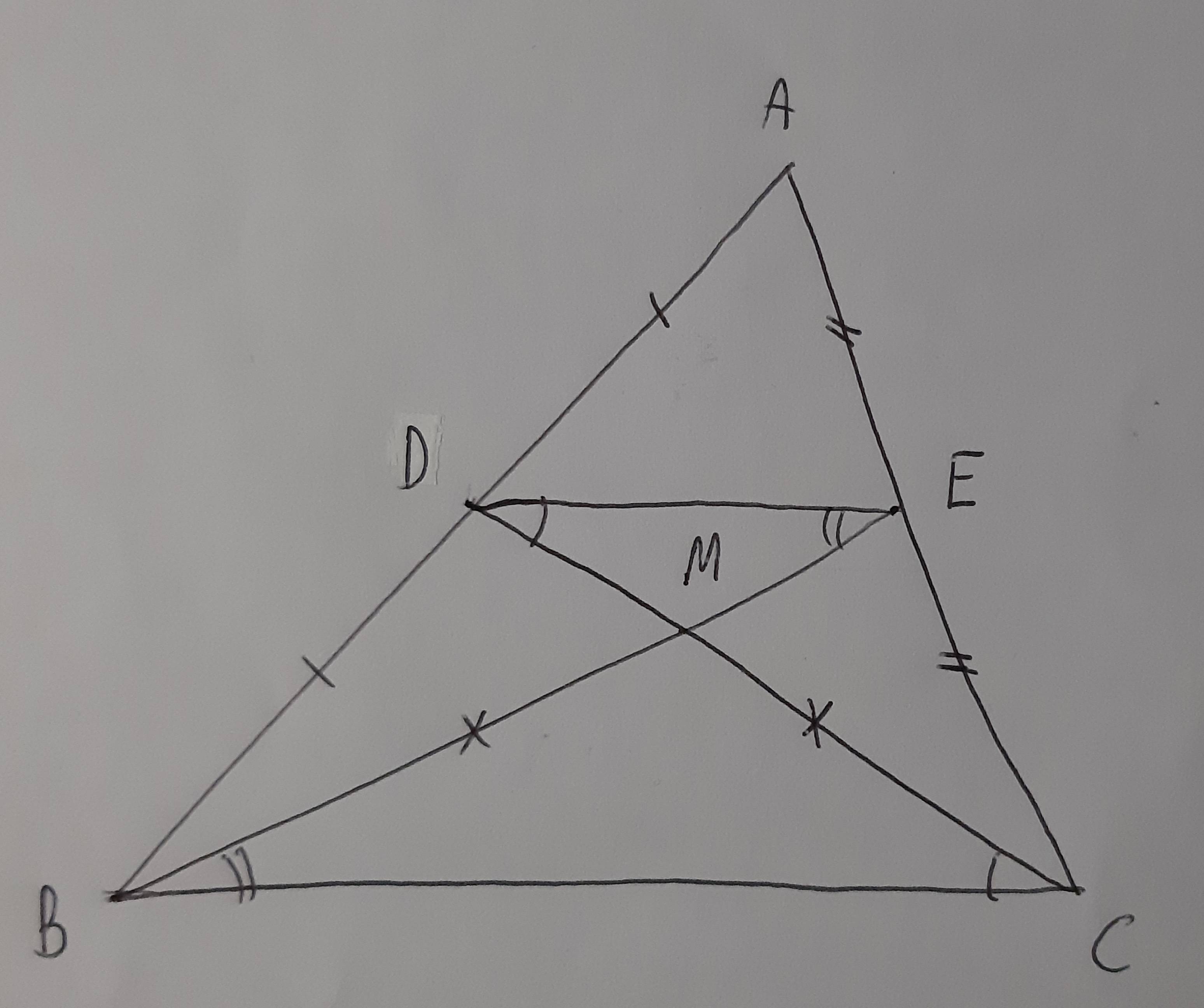 This proof relied heavily in the theory of similar triangles that can only be developed assuming the parallelism axiom. However, can this be proved in a more general context, avoiding the use of the parallelism axiom, or any of its consequences? Can there be a non-euclidean model of the Hilbert plane in which this statement is false?.

Any comments about this will be appreciated.

I managed to prove this theorem in hyperbolic geometry, using the hyperbolic cosine law: