Help with proving the following points are collinear 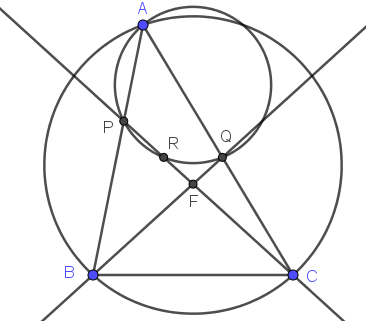 9
Find an angle of an isosceles triangle
3
Menelaus theorem & collinear points
1
prove that the three points are collinear
1
Circum-centre of triangle formed by external bisectors of base angles of a given triangle is collinear with the other vertices of the two triangles.
1
$AH=AS$ where $H$ is the orthocenter of $\triangle ABC$ and $S$ is the midpoint of the arc $BHC$ of the circumcircle of $\triangle BHC$
1
Prove that $P,I$ and $C$ are collinear
4
Midpoints, bisectors, orthocenter, incenter and circumcenter
2
Proving line is tangent to circle.
5
For a triangle $ABC$, prove that for a point $P$ on the angle bisector of $\angle BAC$,$|PL|=|PK|$ where $L,K$ are intersections of circles with sides