Constructing an "Announcement Bingo" card with highest chance of win

There's an event coming up where $FAVORITE_COMPANY is going to announce a bunch of upcoming products. A fan of that company has 25 anticipated/desired announcements, ranked by likelihood, and wants to arrange them into a Bingo card with the highest possible chance of winning. Optionally, house rules might count "four corners plus center square" as a valid Bingo.

My first thought was to rank squares by how many Bingoes each one is part of: 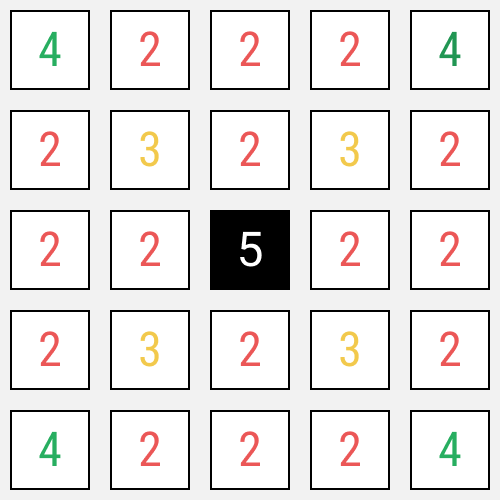 Then, picturing the center as a free space, I realized that Bingoes crossing the center square are more likely since you only need four spaces for a Bingo: 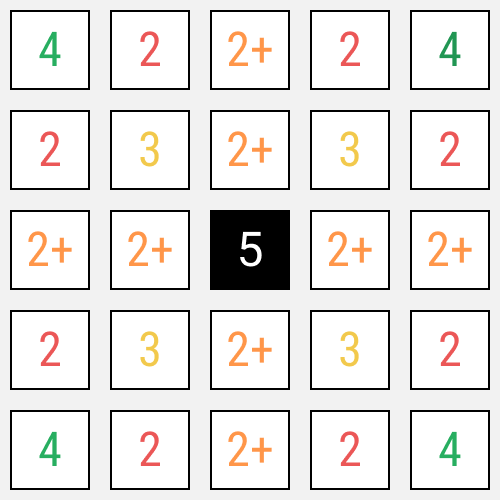 After this I quickly realized that I was in over my head:

EDIT: For the purpose of this scenario, the order of announcements doesn’t matter. If there are multiple cards, they are all examined once at the end of the event, and everyone with at least one Bingo ties for the win with no tie-breakers.

First of all the probability model isn't quite clear.

A natural way to interpret the problem is that each announcement $j$ independently has a probability $p_j$ of being made. The number of announcements actually made can range from $0$ to $25$. Then a bingo card wins if any of its $12$ lines (optionally count "$4$ corners plus center" as a $13$th "line") is good. But in this setting, the order of announcement doesn't matter. In particular your card doesn't have to race against other cards. In this case, the prob of winning can be exactly calculated (via Inclusion-Exclusion), although the sum is tedious.

If you have to race against other cards, then the order of announcement matters, and it is unclear (at least to me) what is the best / most natural way to model that. Maybe randomly permute the $25$ announcements first and then for each one announce it with its probability? Or should the random permutation be biased so that a higher-prob announcement has a higher chance of coming first?

Not the answer you're looking for? Browse other questions tagged probability recreational-mathematics or ask your own question.

3
Probability a card can win a trick with a trump suit
1
Highest card expectation puzzle
0
Problem with card game called "El Monte"
3
Probability 2 player card game with multiple patterns to win, who has the advantage?
2
2 player card game involving matching ranks, who is more likely to win?
2
Probability that no five-card hands have each card with the same rank?
6
Do the 12 lines of a bingo card have equal chance of winning?
0
Probability of Having a Bingo after $n$ Balls