Does this transcendental equation have solutions for a non real variable?

Having solved the transcendental equation $e^{\frac{1}{\log(x)}}=x$ I found that it has solutions for a real variable $x.$

Does it have solutions for not real $x$ (i.e. over the complexes, quaternions, octonions)?

Edit, June 24th 2020: I plotted $f(x)=e^{\frac{1}{\log(x)}}-x$ and saw many of these black dots which correspond to solutions for this online complex plotter (from my understanding). I don't know if the plotter is making a mistake or not...

Hence, the solution must be real.

Domain coloring must be interpreted correctly. The best way to get a feel for how domain coloring works for a particular algorithm is to begin by plotting $f(z) = z$. By studying Figure 1 below we can see that the hue is given by the phase and the brightness by the modulus of $f(z)$. (We set the user-entered "magnitude modulus" parameter to the default value of 1/2.) Note that the brightness is independent of phase, that is, the brightness is circularly symmetric. The modulus of $z$ is unbounded. Brightness, however, varies between $0$ and $1$. There are many ways to deal with this. Let us focus on the dark bands. These correspond to values of $f(z)$ with an integer modulus. Note that in terms of finding the zeros of $f(z)$ that this convention is not very useful---we can't distinguish between locations where $f(z)=0$ and where $|f(z)| \in \mathbb{Z}^+$. For example, a region for which $|f(z)|=7$ is just as dark as a region for which $f(z)=0$. Thus, although $f(z)=z$ has only one zero, at $z=0$, the domain coloring plot indicates that there could be zeros for any $z$ for which $|z|\in\mathbb{Z}$. In terms of searching for zeros, the best way to interpret these dark regions is that they are regions where the function may have a zero. 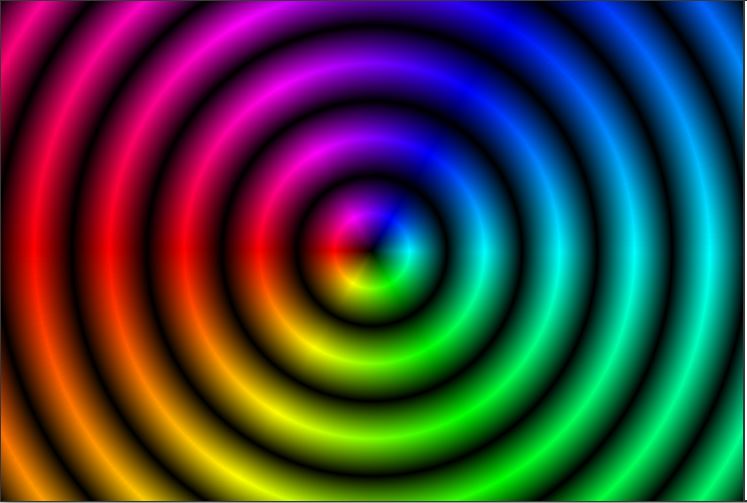 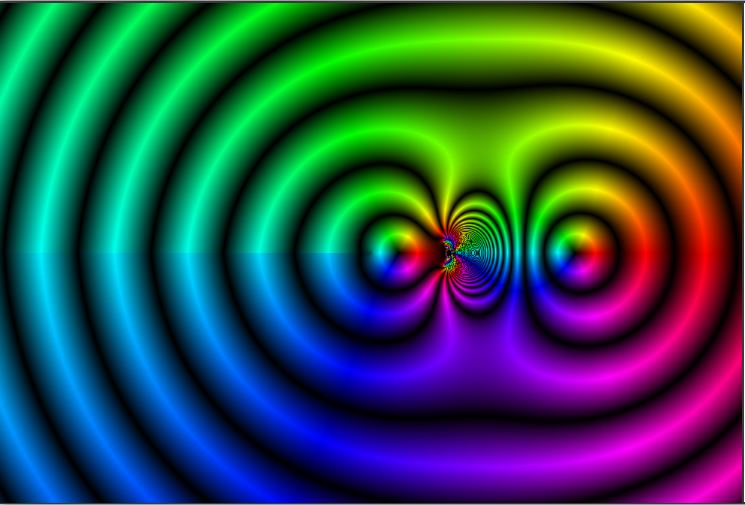 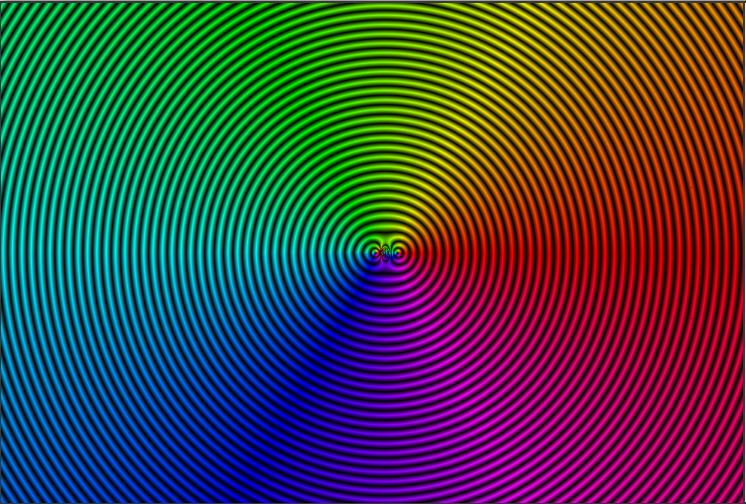 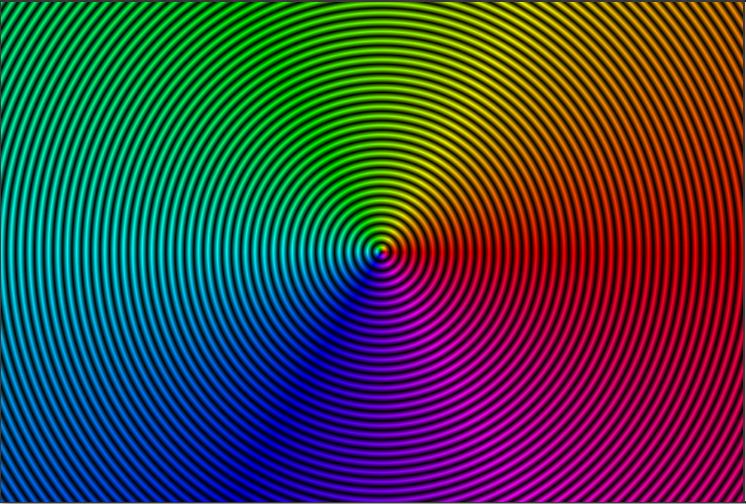 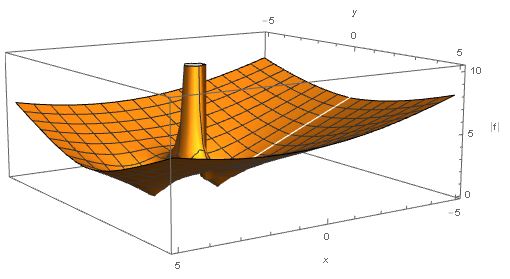 It does not seem to have complex solutions.