This is supposed to be an easy problem yet I still can't think of a way to solve this. But I have a theory that $H$ is the centre of cyclic quadrilateral $AIFE$, if I could have proved it.

If you can solve the problem, thanks so much for that! 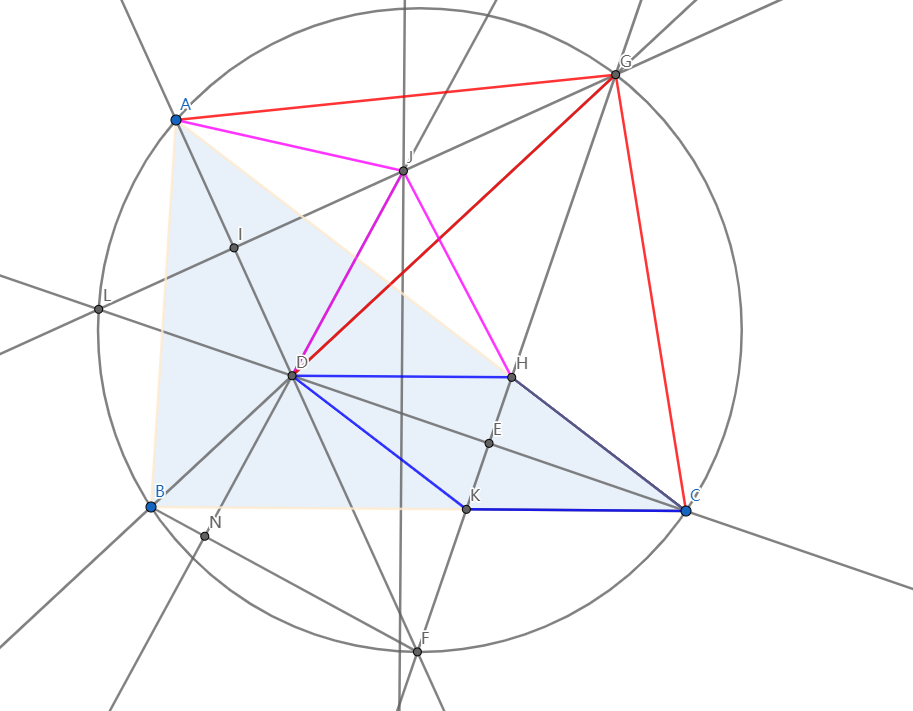 It is not so hard.

First, since $HD=HC$, and $CE$ is the angle bisector, it is trivial that $DHCK$ is a rhombus.

Now since $D$ is the incentre,$AG=GD=GC$.(This indicates the fact that $GJ$ is also the perpendicular bisector of $AD$)

And rhombus contains the fact that $DH$ is parallel to $BC$, means $\angle AHD=\angle C$.

Your theory is true. First, I assume you proved that $AIFE$ (this is proved by proving that $\angle IAF=\angle IEF=\alpha$).

This proves that $\Delta AEI$ is isosceles and therefore $H$ is in the bisector of$AI$.

Since $H$ is also in the bisector of $IF$, this proves that $H$ is the center of the circle passing through $AIFE$.