In every nonzero vector space, each element has a unique representation as the linear combination of finitely many elements.

I can't understand this statement from Kreyszig's Introductory Functional Analysis with Applications.

How is it possible to have every infinite dimensional vector space's entire set of elements can be represented by finitely many linearly independent elements, given that there are spaces with infinite orthonormal bases? A single point in such a space, for example, could be the sum of the basis itself and therefore not representable by a finite number of elements, no? 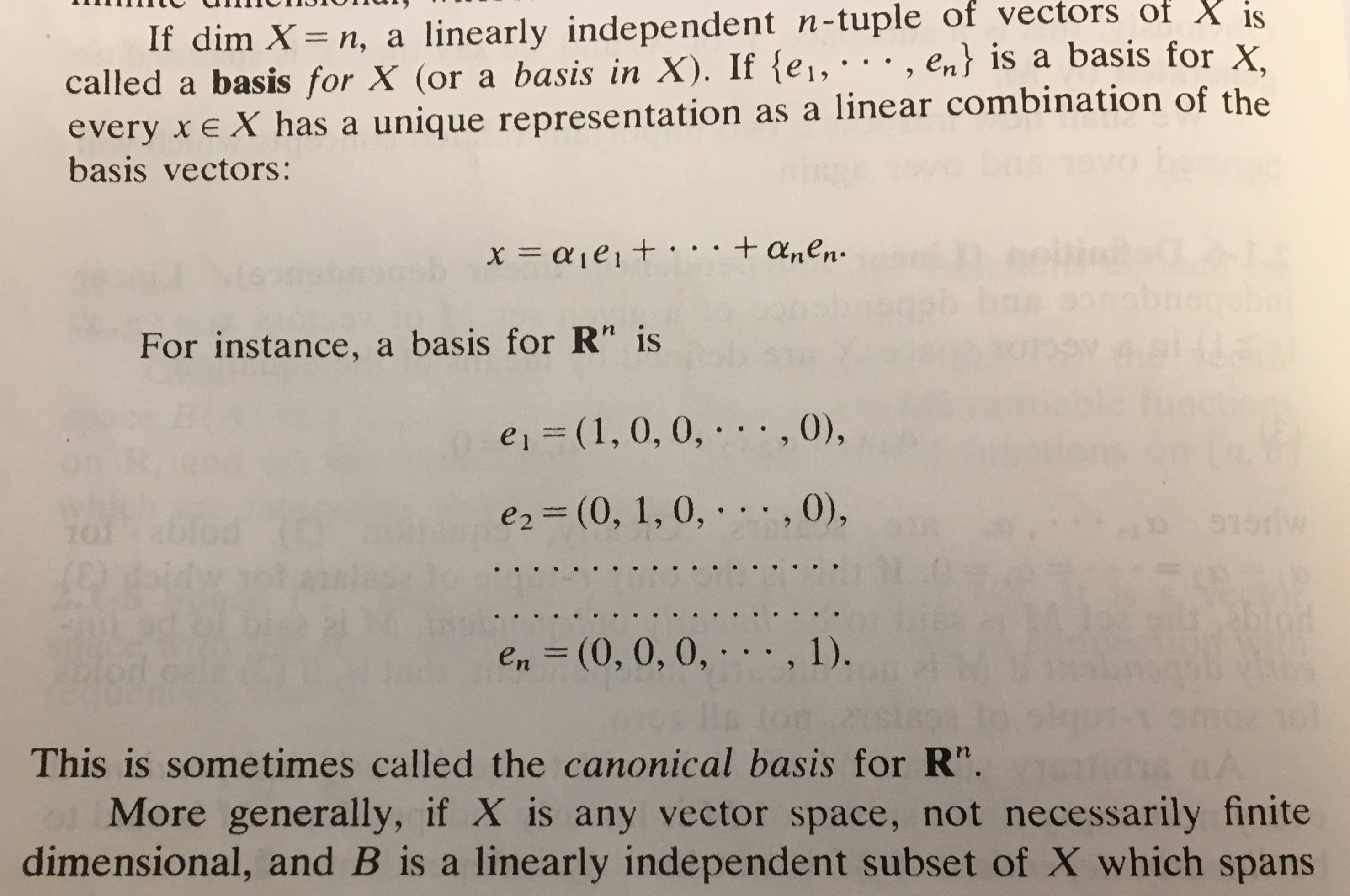 No. Take for instance, the space of polynomials in one variable ($x$) with real coefficients. It is an infinite-dimensional real vector space. However, it has a Hamel basis: $\{1,x,x^2,x^3,\ldots\}$. And every polynomial can be written as a finite linear combination of elements of that basis.

An "orthonormal basis" for a Hilbert space is not a basis in the sense above, ie a Hamel basis. It's impossible to write down a Hamel basis for an infinite-dimensional Hilbert space; its existence follows from the Axiom of Choice.

Not the answer you're looking for? Browse other questions tagged functional-analysis vector-spaces hamel-basis or ask your own question.