Finite Morphism is Closed and Open

I have a question about a statement used in Szamuely's "Galois Groups and Fundamental Groups" in the exerpt below (look up at page 152): 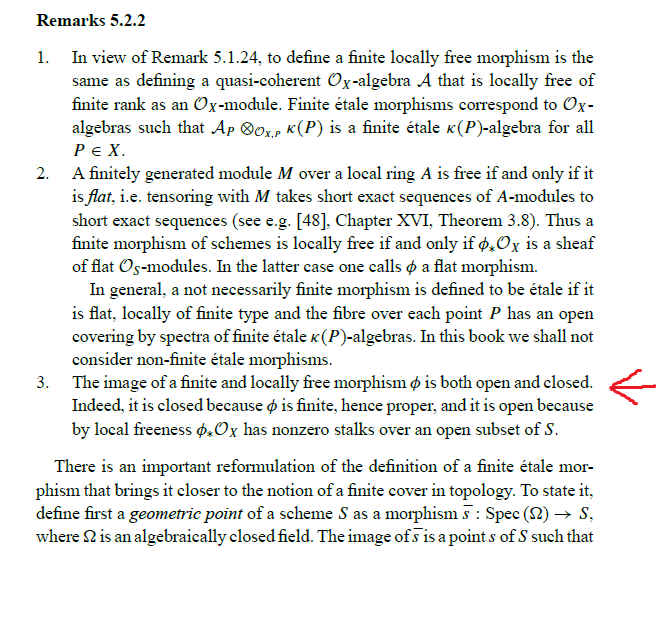 Let $f:X \to Y$ be a finite and locally free morphism of schemes.

The author claims that $f$ is (as topol map) closed and open.

Firstly, regarding closeness it suffice to show that $f$ is proper. The high tech weapon would be the valuative criterion for properness conbining with the fact that finite maps are integral and for integral ring maps $R \to A$ the going up works.

Is there exist a more "elementary" argument without valuative criterion for "finite implies proper"?

UPDATE: Thanks to Alex Youcis' great answer below meanwhile several questions were solved. To only problem I'm still faced is Szamuely's argument that local freeness of $f_* \mathcal{O}_X$ implies that the image $f(X)$ is open. One way - as Alex stated - is to use the fact that locally free imply flat and then argue that flat and finite presentation implies open. That's fine.

But from the didactical point of view I'm still interested in Szamuely's argument concretely: he makes the to observation that for all $y \in Y$ the stalk $(f_*\mathcal{O}_X)_y \cong \mathcal{O}^n_{Y,y}$ isn't zero. How does this already imply that the map $f$ is open?

EDIT: The reason that finite implies closed is not because it's proper (finite implies proper precisely BECAUSE finite are universally closed). To show this essentially follows from the Going Up Lemma (which finite maps satisfy)--see this for details.

Not the answer you're looking for? Browse other questions tagged algebraic-geometry schemes or ask your own question.

14
When is a flat morphism open?

4
Flat morphism of finite type
1
Norm of finite flat morphism
3
Morphism whose fibers are finite and reduced is unramified
2
Finite Morphism between Regular Curves induces Category Equivalence
2
Is the sheaf of differentials of a smooth morphism locally free?
0
Restriction of flat morphism to preimage of open subscheme.