Show a minimally imperfect graph can be normal.

To be minimally imperfect means that the graph is not perfect and deleting any vertex results in a perfect graph.

I have been trying to construct some minimally imperfect graph, but I have not been successful. 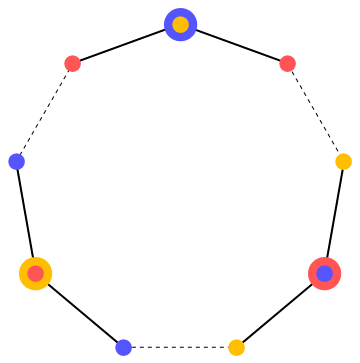 This results in the example above.

4
Bipartite graph matching like problem.
0
Reformulating a problem as graph theoretic
1
Problem with Hall's marriage theorem
0
Covering a graph with cliques
0
Counting perfect matches in a reduced version of the complete bipartite graph
0
Proof there's a partition of set where for each $i$, $A_i \cap B_i \neq \emptyset$
5
Prove all perfect graphs are normal.
1
Name of particular graph theory vertex cover