If the derivative of tensors are not generally tensors, why does vector calculus work?

There's this chart on Wikipedia 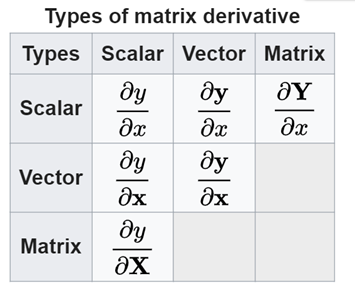 Suppose I have the function

I began with a scalar field and took the derivative. In principle, I could have chosen any vector, but I decided to use the gradient which is the directional derivative in relation to unit vectors.

According to what I've read, the derivative of a tensor is not in general a tensor (according to Steven Weinberg).

Then why does an area of mathematics like vector calculus have many rank 1 tensors with derivatives that yield other rank 1 tensors?

The example I just gave is a vector, which is a rank 1 tensor. And there are obviously countless examples of scalar by scalar derivatives, like $$\frac{d}{dx} x^2 = 2x$$ which also yield tensors (i.e. a scalar is Rank 0).

Is it fair to say then that, for certain ranks of tensors (e.g. rank 2 or less), the derivatives in general yield tensors of rank 2 or less? But for rank 3 or higher, this does not apply?

In differential geometry, tensors are (typically smooth) sections of a vector bundle constructed out of the tangent and cotangent bundles to a smooth manifold. To a physicist (like Weinberg and presumably his target audience), this often ends up meaning a collection of functions indexed in a particular way associated to each choice of coordinates in some neighborhood on your manifold, such that the functions associated to different choices of coordinates are related in a particular way (i.e. through the derivatives of the transition map between the coordinate systems).

In this interpretation, it appears that partial differentiating these functions with respect to your coordinates like one does in $\mathbb{R}^n$ is an extremely natural way to manipulate these objects, but what Weinberg points out is that this is misguided-- differentiating these functions with respect to your coordinates depends essentially on which coordinates you're operating in, and so it tends to destroy the crucial aspect of the above statement that "the functions associated to different choices of coordinates are related in a particular way" because what looks like a simple partial derivative in one coordinate system looks like some messy combination of partial derivatives in another. In the general context of some arbitrary manifold, you cannot typically cover your manifold with a single choice of coordinates, so there's no good choice of coordinate system within which you can take partial derivatives to obtain a new tensor on the whole space-- you're going to have to worry about how it translates to coordinates covering the rest of the manifold at some point. In this case, even if your new object can be extended smoothly to a tensor on the whole manifold, it practically can't look like a partial derivative everywhere. Notice this has no dependence at all on the rank of the tensors you're starting with or attempting to construct out of coordinate derivatives.

That gets at what Weinberg meant and why the tensor manipulation we do in vector calculus works from the point of view of differential geometry in spite of his comment, but in some sense this is entirely the wrong approach to take. Vector calculus on $\mathbb{R}^n$ makes up the building blocks of smooth manifolds-- the former is logically prior. The issue Weinberg raised emerges from trying to patch notions of vector calculus together; it simply doesn't apply to vector calculus itself.

Not the answer you're looking for? Browse other questions tagged vector-analysis tensors or ask your own question.

2
Why is this combination of a covariant derivative and vector field a (1,1)-tensor?
6
Finding the Gradient of a Tensor Field
2
How to compute the directional derivative of a vector field?
1
If a tensor's multilinear rank is $(R,R,R)$, then is its canonical/CP rank also $R$?
0
What's the difference between a 2D vector and a matrix and a rank 2 tensor?
0
Are tensors vectors?
1
What is the geometric proof for the Cartesian formula of the gradient
0
Meaning of the object arising from application of contravariant derivative on a scalar field