I don't really know where to look in the world wide web for this specific problem. So I hope you can point me into the right direction.

Here is my specific problem:

Here is a picture of what I trying to say: 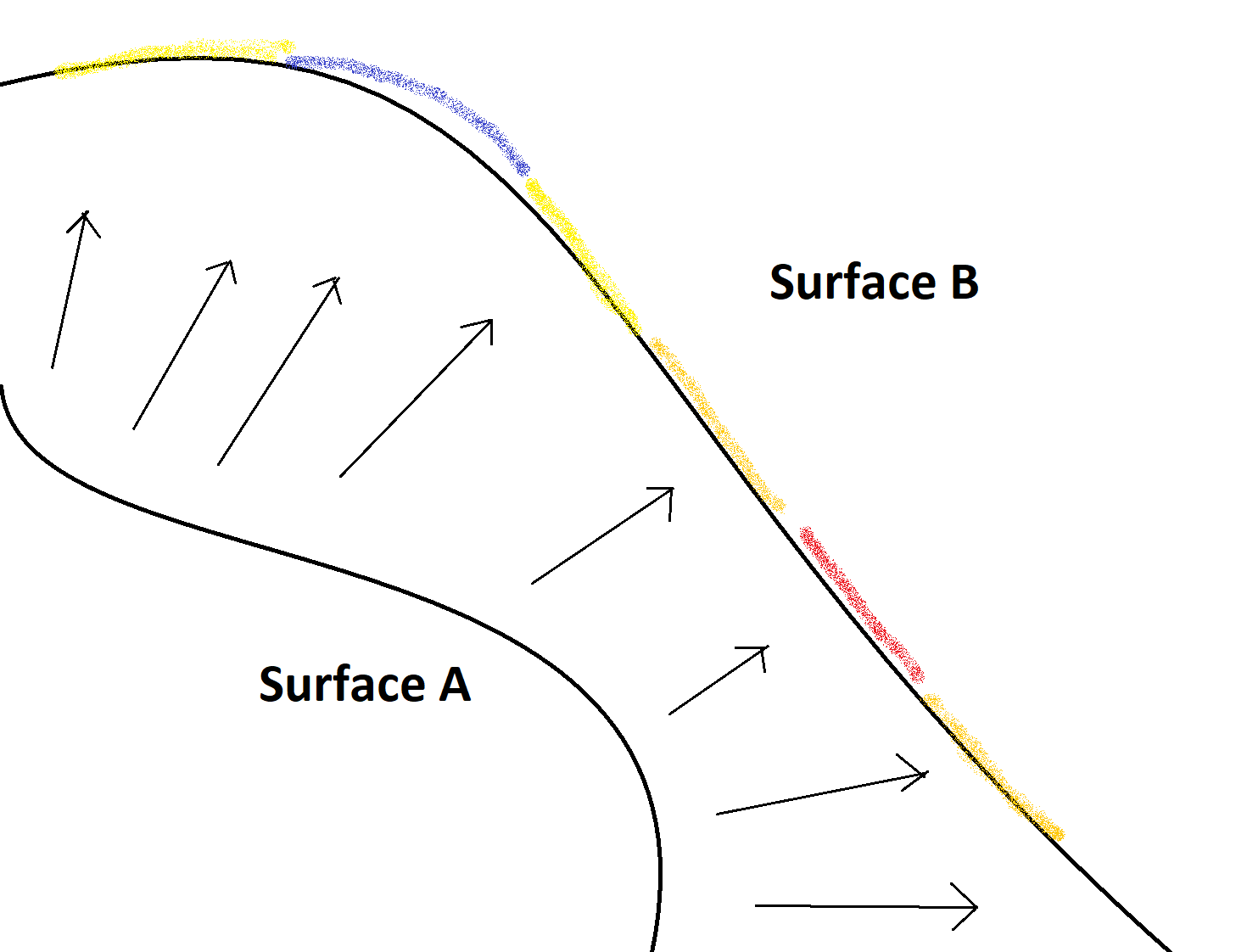 The light is getting emitted isotropically from Surface A and goes onto Surface B, creating different intensities, here indicated in red (high intensity) to blue (low intensity).

Assuming Surface A and B are well behaved I think there might be a possibility to achieve that intensity by a map from surface A to surface B. Am I right? How exactly would I need to proceed?

Edit: I can assume that there is no self reflection of A, no scattering or reflection effects on any surface. A light source emitted in A gets absorbed in B no matter what.

Is a Gauss map applicable for this problem?

This is a specific case of the general problem of "radiative transfer," well studied in physics, engineering, and (in my area of interest) computer graphics. The key thing describing the process in my field is called "The Rendering Equation", and expresses the light arriving at a point of surface $B$ in terms of an integral of light leaving surface $A$, taken over all of $A$. There are multiple factors involved:

Solving integral equations exactly is seldom possible; much of the field of computer graphics consists of approximating solutions to this particular equation in ways where the errors are (somewhat) bounded, and the time involved in computing the solution is (somewhat) bounded as well.

Short answer: this is just plain tough, and to do it well requires reading a lot. If you want an approximate but quick solution, just read any graphics paper from the 1970s. (But don't expect them to mention units like Watts per square meter steradian!)

Not the answer you're looking for? Browse other questions tagged general-topology geometry differential-geometry map-projections or ask your own question.

11
Geodesic of a curved surface
0
Project vector onto another vector a maximum angle $\theta$
1
surface curved shape
2
How do great circles project on the mercator projection?
0
How to project a point onto a line?