Homology condition - bounding a disk in a handlebody?

So, if we find a homotopically nontrivial simple closed curve in $H'$ that downstairs is still an embedded curve, we have a $\gamma$ that does not bound a disk. Here's a candidate for a curve in a $H$ a genus-$2$ handlebody, as seen from the cover $H'$: 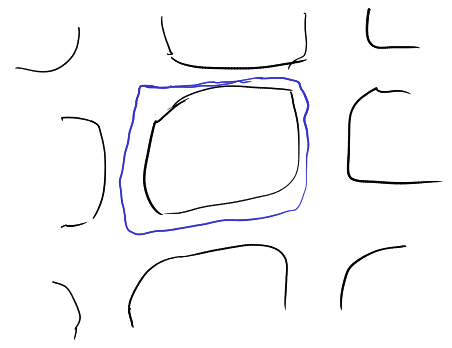 The image of this curve on $\Sigma\subset H$ itself is 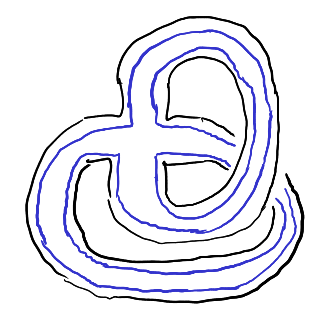 Notice that the curve is actually zero in $H_1(\Sigma)$ since it passes over the top of each handle once in both directions.

I was going to give the next picture before the previous one as a sort of joke, but after deforming the above one into this this form (a thickened punctured torus) it becomes manifestly obvious the curve (1) does not bound a disk and (2) is nullhomologous in $\Sigma$: 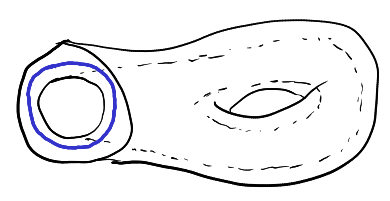 Not the answer you're looking for? Browse other questions tagged manifolds surfaces geometric-topology or ask your own question.

3
Homology subgroups generated by non-intersecting cycles
2
Surface with boundary cross an interval is a handlebody
1
Number of cycles in a homology basis
4
Representing elements in homology of a surface by embedded curves
0
Condition for a curve to bound disks on the surface of a handlebody
0
Existence of a disjoint collection of separating, nontrivial curves on an orientable surface invariant under a finite action
1
infinite covering of a compact surface corresponding to a handlebody subgroup
1
3-manifolds: connected sum & handle decomposition