I was reading the proof of Hahn Decomposition theorem from the textbook of Folland: precisely I was looking at the following text 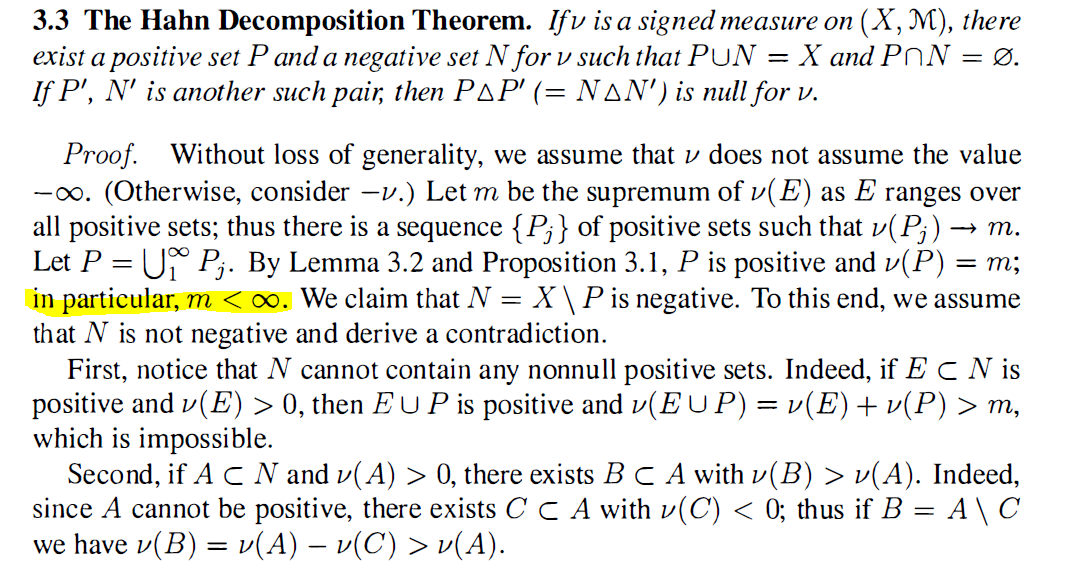 I have the following question:

I would be really thankful if someone could help me. Any help will be appreciated.

Perhaps if you consult Folland's definition of "signed measure" you will find that all values are finite. $\nu : \mathcal X \to (-\infty,+\infty)$.

Not the answer you're looking for? Browse other questions tagged real-analysis measure-theory proof-explanation lebesgue-measure or ask your own question.