Help in solving this geometry problem

I have the following question:

Also by Brianchon's theorem I have that $EY$, $FZ$ and $AD$ are concurrent at a point.

However I am unsure as to how many of my obervations will be useful in solving the above problem. Can anyone help me finish the problem from here or furnish a completely new proof? 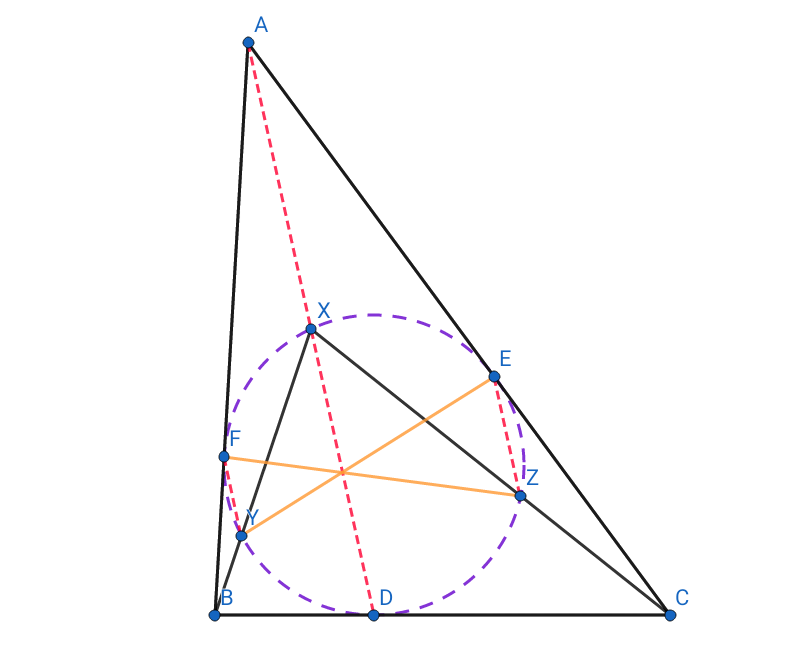