While working in GeoGebra I noticed something odd. I had a triangle with a point inside and the point was connected to each of the vertices. For each vertice I had drawn the circle passing through the vertice and the point, with the connection being the circle's diameter (see picture below). 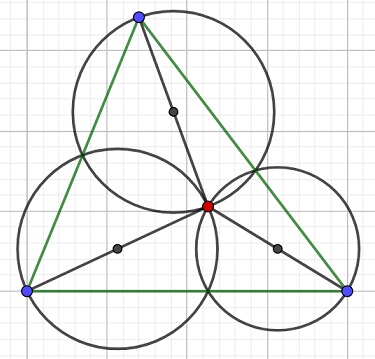 What I noticed is that the overlapping circles completely covered the triangle. Further experimentation showed this was also the case if the point was outside the triangle (see below). 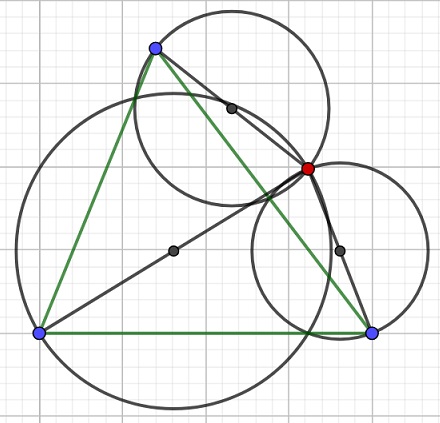 Still more experimentation appears to show this is the case for any polygon, simple or not: 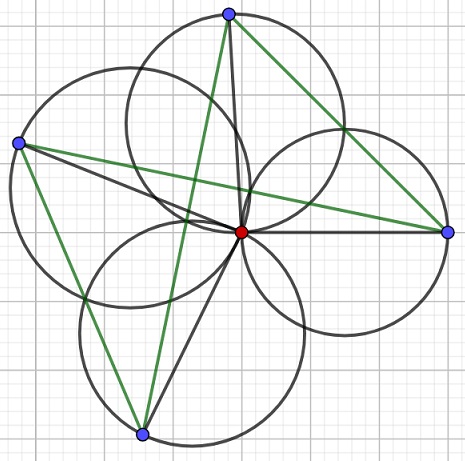 Is this observation true or did GeoGebra lead me astray? I couldn't immediately find the result via Google. 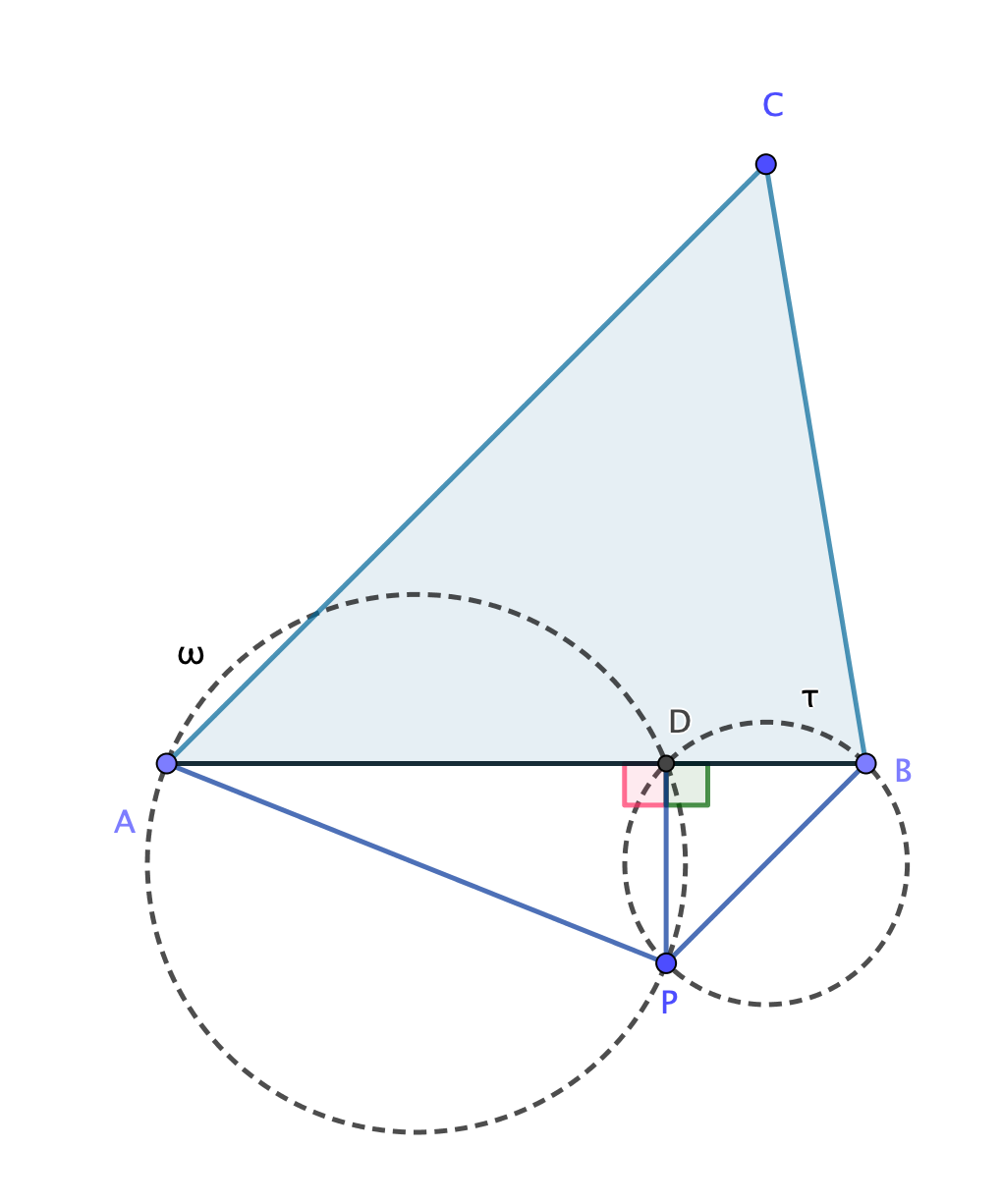 Let $\triangle ABC$ be a triangle and $P$ an arbitraty point (inside or outside the triangle). Consider now the circumferences $\omega$ and $\tau$ with diameters $AP$ and $PB$ respectively. Consider furthermore the point $D\in [AB]$, such that $PD\bot AB$. In vitue of the converse of Thales' Theorem $$\angle ADP=90°\implies D\in \omega \qquad\qquad \angle PDB=90°\implies D\in \tau$$ Analogously, we can prove that the intersections of the circles are $P$ and three points $D, E\in BC, F\in AC$ which lie on the sides of the triangles or on the extensions respectively. 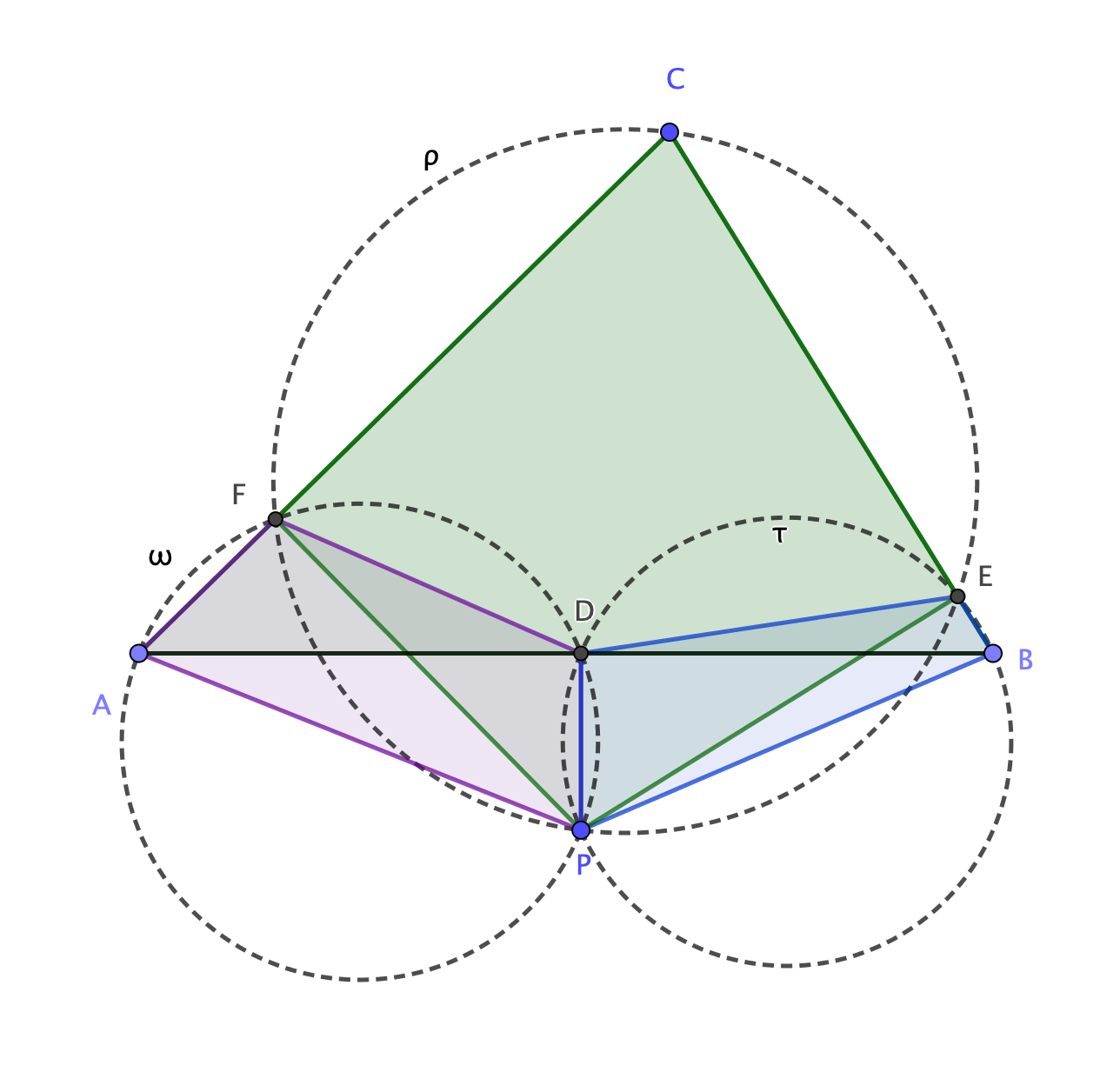 Now, once proven the case for a triangle, simply separate an $n-$gon into $(n-2)$ triangles, which will all be covered by the overlapping circles. Thus, the $n$-gon will also be covered $\quad\square$

The property you found boils down to the following: given a segment $AB$ and any point $P$ outside it, then the circles having $PB$ and $PA$ as diameter completely cover triangle $ABP$. And that is obvious, because those circles are the circumcircles of triangles $APH$ and $BPH$, where $H$ is the orthogonal projection of $P$ onto line $AB$. 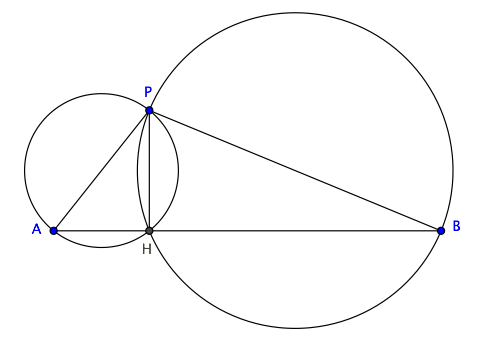 2
The locus of centre of circle tangent to two given circles
17
Area of the Limiting Polygon
2
Tangent circles and finding diameters
1
New Golden Ratio Construct: which one of my constructs is superior/simplest--squares & circles or just circles?
4
A simple proof that a polygon circumscribing a circle overestimates its perimeter
3
Shape of the limiting polygon
9
Twisting prisms : Do all polygon prisms behave in the same manner?
6
Can the perimeter of a convex polygon X be an odd number?