How to find the angle in a protein which is inside of a triangle which appears inscribed in a circle?

I'm confused at which property or identity can be used to find the angle in a triangle when it looks inscribed in a circle but one of its sides doesn't appear to pass through the center. I'm also confused about the other angles, particularly to the ones which are near the tangent line.

A certain serum protein is under research for its optical properties in a medical laboratory in Taichung. The results shown a circumference whose points $A$, $B$, $C$, $D$ and $E$ represent the atoms of the protein crystal. In order to find the protein's optical properties a technician uses a set of beams which draw lines and form angles in the circumference. One beam is tangent to the circumference, while the others drawn an angle labeled as $\omega$ which are congruent. What would be the angle represented by $\phi$? 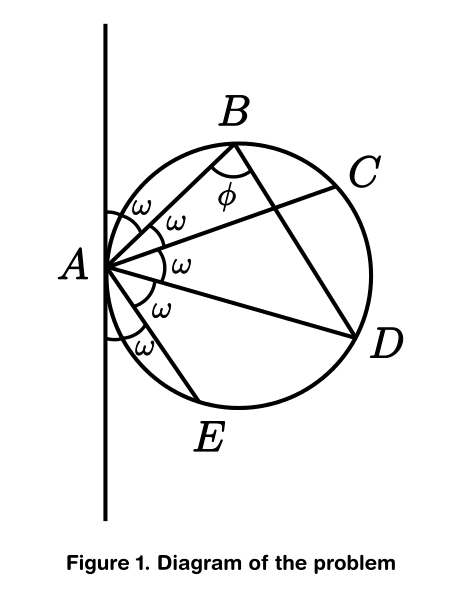 The given alternatives in my book are:

What I tried to do is to draw the known information in the sketch as shown below. 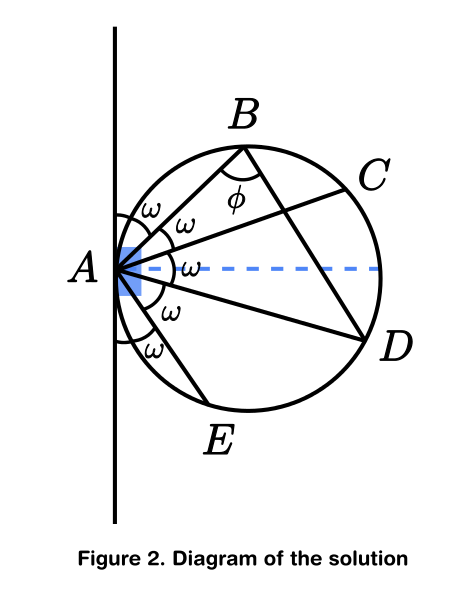 Since the line (beam) is tangent to the circumference, then this should make a $180^{\circ}$ angle with it. So I assumed all the $\omega$ angles cover the whole tangent beam colored with blueberry therefore: 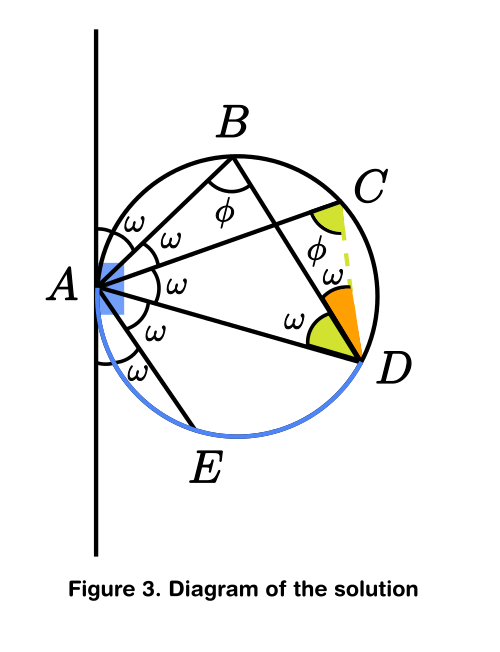 Then I traced a chord between $CD$ and from then the other identity which I could identify was that the arc given between $\overset{\frown}{AED}$ covers the angle on $\angle ABD$ and $\angle ACD$ therefore:

Now the part where I'm still doubtful is if there was a way to prove that $\angle ADB = \angle BAD = \angle CDB$ ?

The only thing that I could come up with was to establish that the segment $AB = CD$. But this is which I don't know if its right. By doing this triangle congruence can be used and state that the angles mentioned earlier are the same, but again I don't know if that's right.

Assuming that what I did was okay, the rest would be just using the triangle formula for the sum of its interior angles as follows:

Which correspond to the fourth alternative. But as mentioned I'm not very sure if what I did was the right thing. Therefore. Can somebody help me with this and clear out my doubts?.

Good try! The solution you get is actually correct, but I think the path you took is not flawed.

Now the answer to your question is no, $\angle ADB $ and $\angle BAD$ are different, but I think you know that yourself. You now say that you can establish $AB = CD$. How do you justify this? Later, this turns out to be correct, but I can not find a justification for that just now.

Instead you can use the symmetry of the situation to see that $\overline{AC}=\overline{AD}$, (for a rigorous proof of this fact, see Lemma at the end.) Now the triangle $ADC$ is an isosceles triangle and thus $\angle ACD = \angle ADC$. 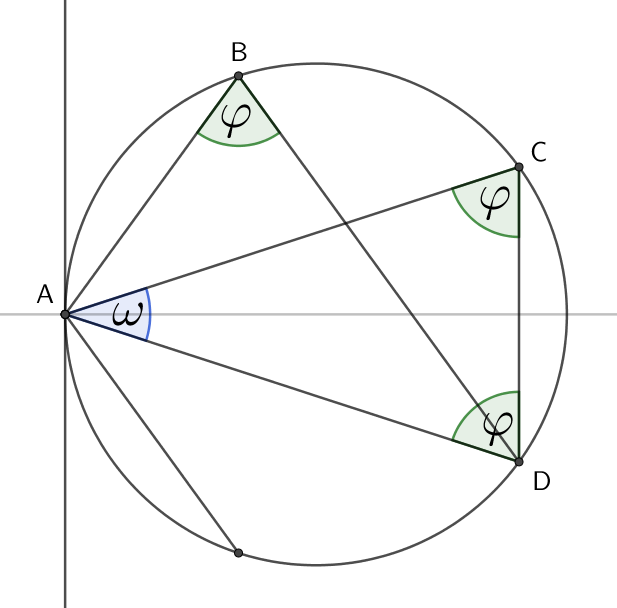 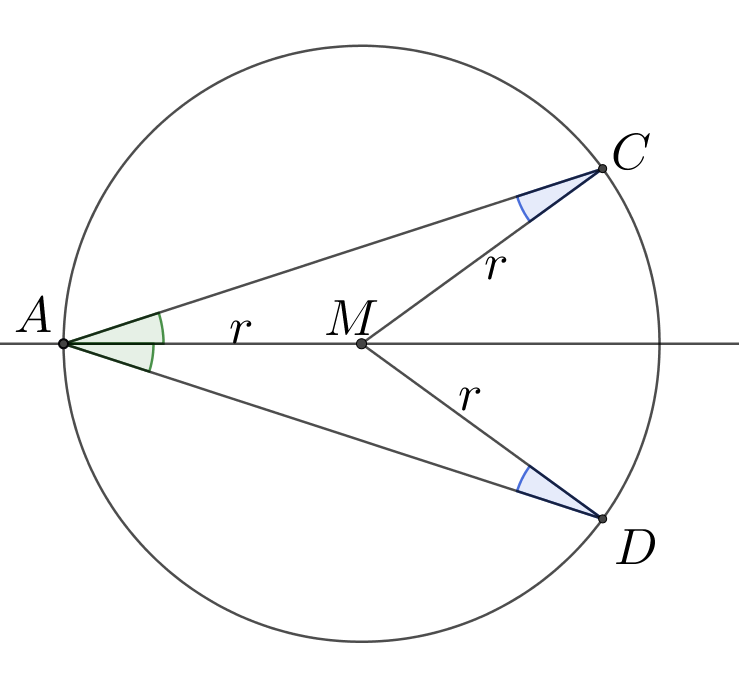 Inscribe a pentagon in a circle with points A, B, C, D, E.
Place a point O at the center.
Calculate the central angles AOB, AOC, BOC.
From there calculate angles ABC, BCA, CAB.
Do likewise for the other sides.
Compare the result with the diagram you have presented.

Not the answer you're looking for? Browse other questions tagged algebra-precalculus euclidean-geometry or ask your own question.