Well, here we are. It's my turn.
I know this is a heavily disussed topic on this site.
Nevertheless, I can't stop myself asking this question. Indeed, my reasearches have left me mostly unsatisfied and I'm still scratching my head around this problem.

My question basically wants to focus on the reasons why we often conveniently choose to keep our directional derivatives vectors as they are. We don't need them to be scaled down.

I might go in the wrong direction :), but I want to offer what is my current thought on this topic.
I'm going to present a scenario (hopefully relevant) where I'll compare the interpretation of the normalized and not-normalized version of a direcitonal derivative. 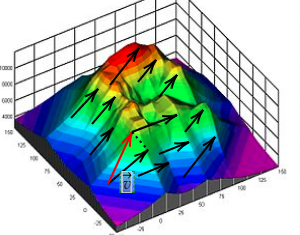 I hope that these intuitions are relevant and not particularly misguided. Any other example is appreciated.

Browse other questions tagged multivariable-calculus derivatives or ask your own question.

5
why normalize and the definition of directional derivative