So I want to know how differentiation, which about finding slopes of functions, is important in real life. Explain it with some applications.

I am sorry if this is duplicate of other question. But as far as I have searched, I have not found an answer to this question

The first real world application that comes into mind to me is calculating your "instantaneous speed", or perhaps more accurately, calculating your average speed over an infinitesimally small amount of time.

I'm sure you know that your average speed is given by $\frac{\text{distance traveled}}{\text{time traveled}}$. So, what differentiation gives you is the ability to make the "time traveled" quantity very very small (tending to zero), giving you your speed at a given instant.

If you think about it, this is quite useful, especially if your'e driving a car and would like to know your current speed.

An important application is finding the extreme values (min or max) or a function.

An example: To find the angle at which a thrown ball goes the farthest, derive the formula for the distance traveled as a function of the angle and then differentiate it and find the angle which makes the derivative zero. That is the angle with maximum distance.

Differentiation of any function gives you the slope of the tangent at that point. Why? Consider a line with the equation: $$y=mx+c$$ Consider two points $A(x,y)$ and another point that is slightly far from A, $B(x+\triangle x,y + \triangle y)$. 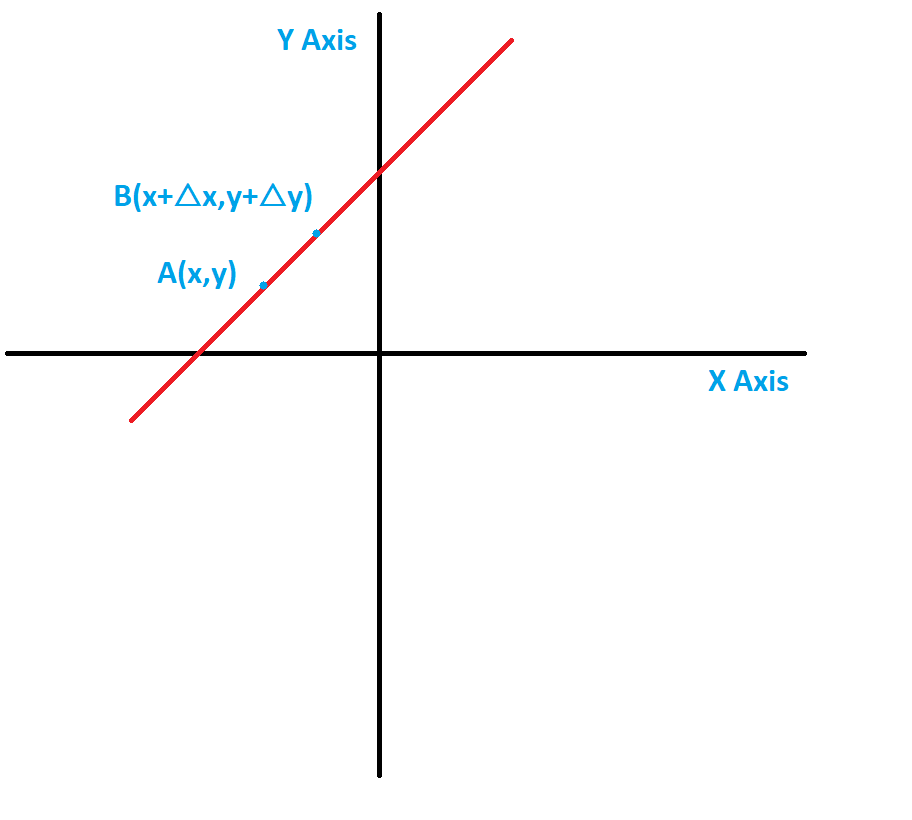 Same things can be generalized for a function $f(x)$ 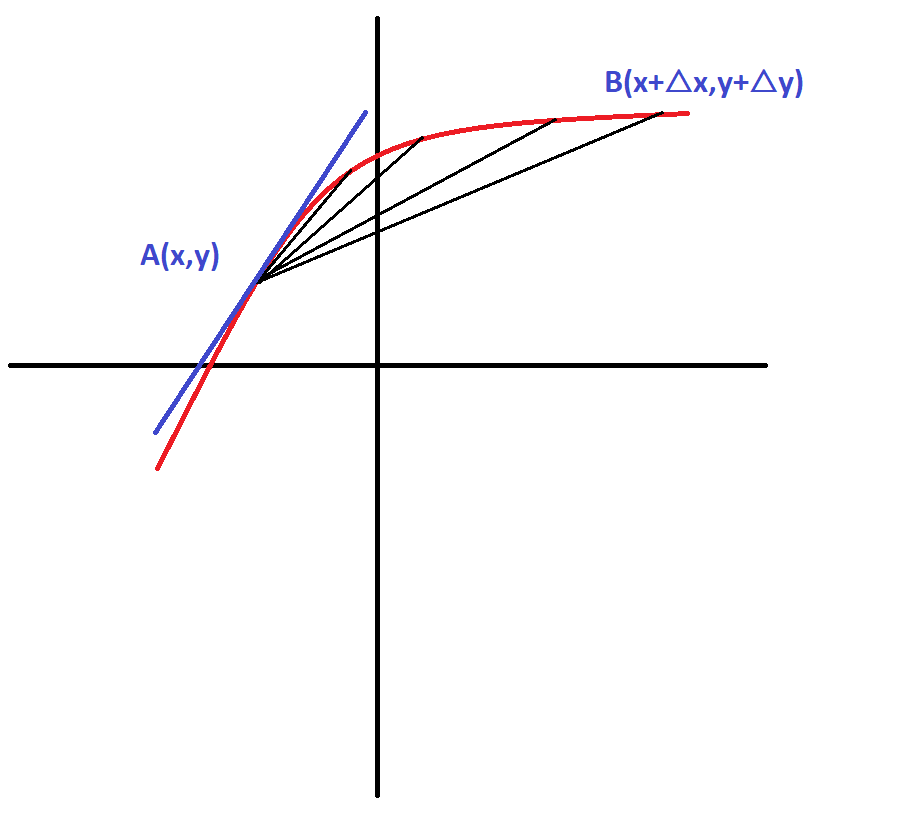 This is also known as the first principle or Ab Initio method to compute the derivative.

What else can you do once you know the slope of the line using differentiation. Anything and literally everything. Knowing the slopes of line will tell you the change in the slope is positive or negative giving the idea whether the function itself is increasing or decreasing function. Also if the slope of a tangent becomes $0$ at a point then there is a possibility of the maxima or minima at the same point. You can find the rate of change of quantity with respect to another like velocity or acceleration. The underlying concept is only one, the slope of the tangent. Hope this helps.....

Differentiation is so widely used that it's almost difficult to know where to start. I'd go as far as to say that it's difficult (but perhaps possible) to find any broad scientific endeavour that doesn't use derivatives at all.

I would also recommend reading a bit about the history of calculus, see specifically applications, because that will give you some insight into why differentiation (and related notions) were invented. For example, Newton's (second) law states that $$F = ma $$ but the acceleration, $a$, uses derivatives because $$a = \frac{dv}{dt} = \frac{d^2x}{dt^2 }$$ Acceleration is the instantaneous rate of change of velocity ($v$), or the second derivative of position ($x$) with respect to time. So we use differentiation to understand motion of objects.

Derivatives were (and are) used in investigation of vibrating chords, on analysis of elasticity of bodies, heat diffusion, electricity, etc. These are generally applications of differential equations as discussed above.

Derivatives are important in modeling physical phenomena via differential equations. These equations can model real-world processes much more accurately than a purely algebraic one. For example, the equation $\theta’’+\frac g l \sin\theta=0$ models the motion of a simple pendulum, where $\theta$ is the angular displacement, $l$ is the length of the pendulum, and $g$ is the acceleration due to gravity.

Derivatives help us answer the question "How does something change with time?" $\frac{d}{dt}$(something)

Once you realize that something can be replaced with most every phenomena from celestial motion to stock prices, you start recognizing that calculus forms the backbone of all modern science and technology.

Not the answer you're looking for? Browse other questions tagged calculus soft-question applications or ask your own question.

60
What is the importance of Calculus in today's Mathematics?
1
Practical use and applications of improper integrals
52
What to answer when people ask what I do in mathematics
0
Is it important to keep one's goal in mind when learning calculus?