Why rotation of dodecahedron corresponds to an even permutation of inscribed five tetrahedra?

I’m reading Arnold’s Abel’s Theorem in Problems and Solutions, where it says:

I’m a bit confused. Why rotation of dodecahedron corresponds to an even permutation of inscribed five tetrahedra?

, regarding to the notation 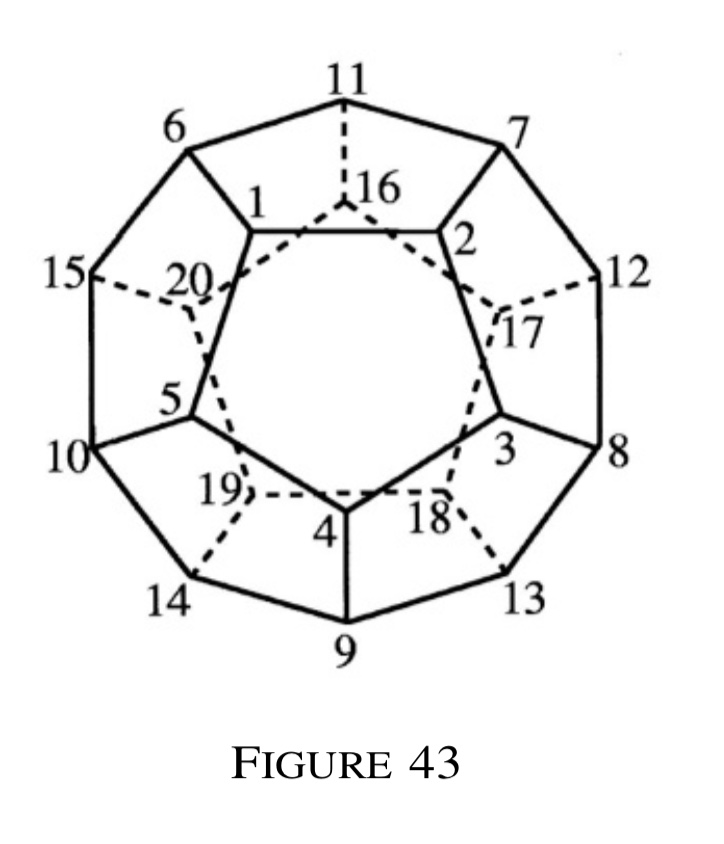 The translator provided an image of the inscribed cube: 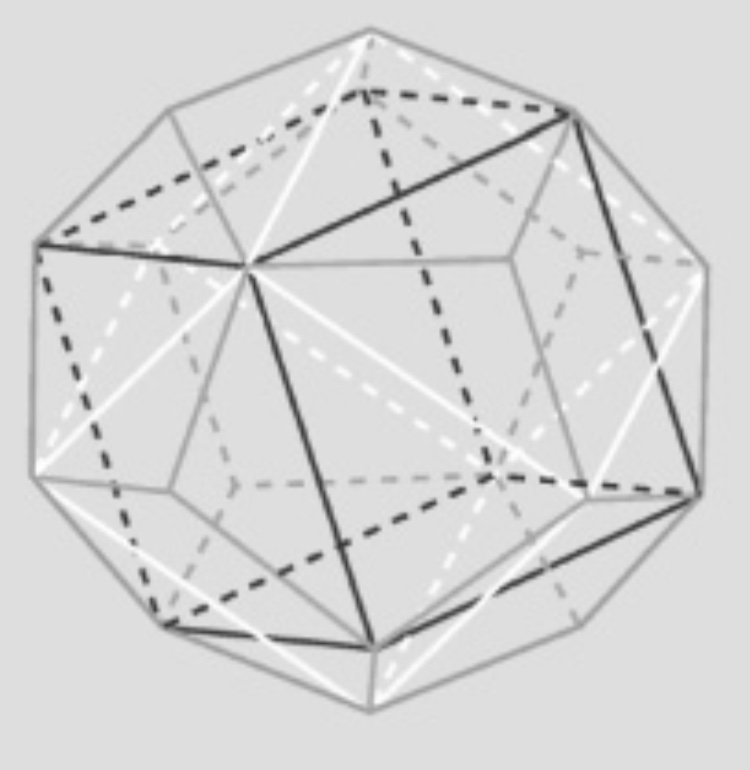 , and added some explanation

The inscription of the five Kepler cubes inside the dodecahedron helps us to find the five tetrahedra.

, but I still couldn’t see why.

Let's label the tetrahedra $12345$ according to the lowest numbered vertex they contain. A clockwise rotation by 72° about the axis passing through the centers of top and bottom face of the dodecahedron corresponds to a permutation of tetrahedra $(12345)\to(51234)$, which is an even permutation. The same goes, of course, for a similar rotation about the axis of another couple of opposite faces. But any rotation mapping the dodecahedron to itself is the composition of such rotations, and thus corresponds to an even permutation of the five tetrahedra.

Not the answer you're looking for? Browse other questions tagged abstract-algebra geometry or ask your own question.

8
Equidecomposability of a Cube into 6 Trirectangular Tetrahedra
20
Cleverest construction of a dodecahedron / icosahedron?
0
Draw five tetrahedral in a drawing of {3,5}
0
Deduce that the symmetry group of the dodecahedron is a subgroup of $S_5$ of order 60.
2
A dodecahedron out of five tetrahedra AKA Partitioning an orbit in X/K into orbits under cosets of H in K
12
Inscribing Platonic solids in each other: why can't you put a dodecahedron in an octahedron?
3
Why doesn't an inscribed cube perfectly sample the surface of a sphere?
4
Counting tetrahedrons inside a dodecahedron