What exactly is the phase of a complex number? [closed]

Original close reason(s) were not resolved

A complex number can be represented in a "rectangular" or "polar" forms. 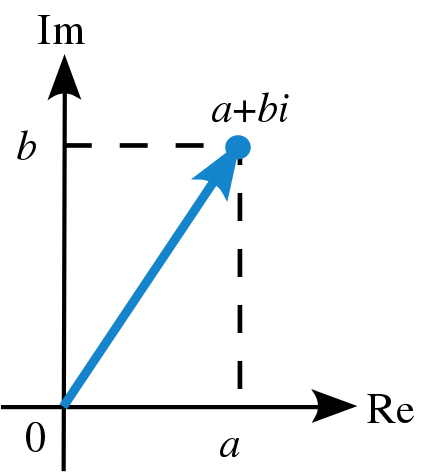 where "Im" refers to the "imaginary" axis and "Re" to the real axis. Why is it called "rectangular form"? Because of the rectangle we can see in the picture above. 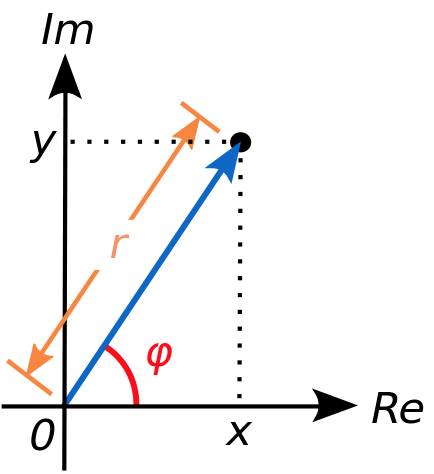 where $y=b$ and $x=a$ (that is, we just changed letters). Why is it called "polar form"? Because the angle $\varphi$ is also often called the "polar angle".

Mathematically, the complex number $z=r(\cos \varphi +i\sin \varphi)$ is equivalent to $z=re^{i\varphi}$, because of the Euler's identity, which is $e^{i \varphi}=\cos \varphi + i \sin \varphi$, which holds for any real number $\varphi$. 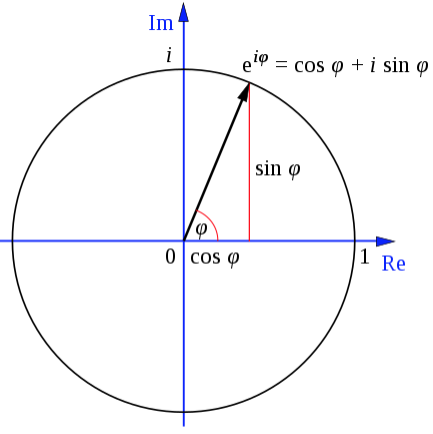 In our case, the real number $\varphi$ is the angle.

Because it refers to the angle around the origin of the complex plane.

What are examples of applications of this property of a complex number?

For example, Vandermonde matrix, which represents the discrete Fourier transform (DFT), is a special matrix. If we look at the Wikipedia article on the DFT matrix, we can see the entries of such vector are complex numbers with different phases.

(Images in this answer are screenshots of the images of Wikipedia articles).