Is the rectangular function a convolution of $L^1$ functions?

Do there exist functions $f,g$ in $L^1(\mathbf{R})$ such that the convolution $f \star g$ is (almost everywhere) equal to the indicator function of the interval $[0,1]$ ?

The other function is of the same type, the extra factor $\sin t$ for large $t$ produces essentially a shift in $g$, and $\textrm{sgn}(t)$ amounts to an extra Hilbert transform, which won't affect the local singularities here, so $g\in L^1$ also.

The convolution integral isn't doable analytically, but it can be evaluated numerically. Doing this in Mathematica gives 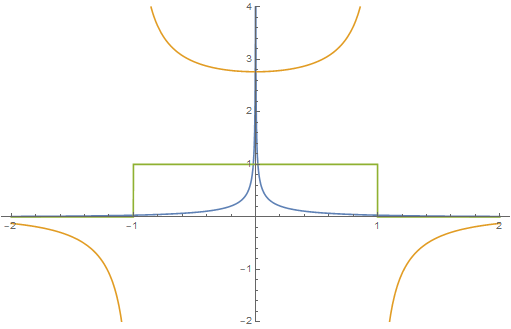 Not the answer you're looking for? Browse other questions tagged real-analysis functional-analysis lp-spaces convolution or ask your own question.