In a functional analysis class, my professor gave a problem to prove the uniform boundedness principle from the Closed graph theorem.

I have the following questions :

Though I have searched online and saw this. 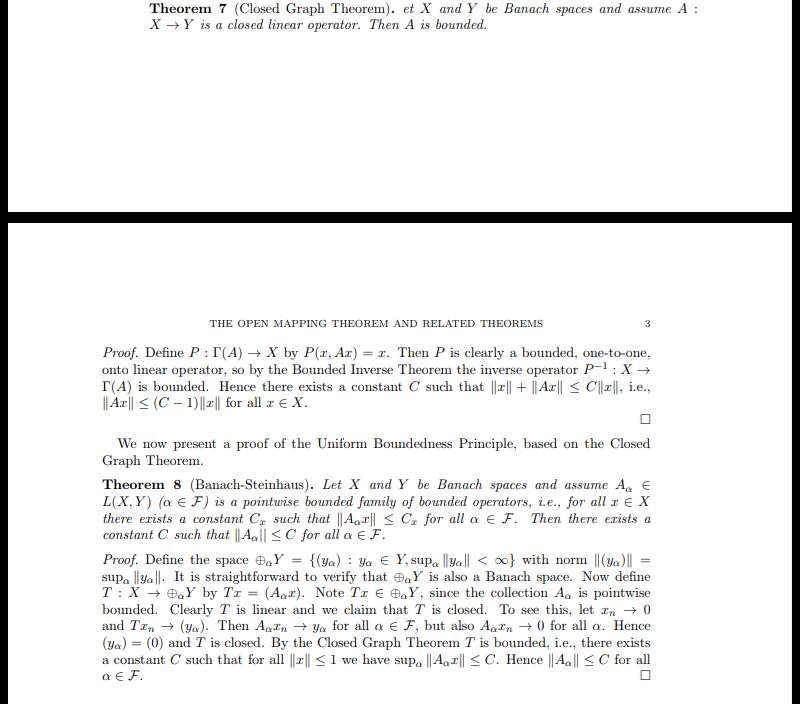 I understand the proof but it has no affiliation with the new norm as given by my problem. Thanks

Not the answer you're looking for? Browse other questions tagged functional-analysis analysis operator-theory closed-graph or ask your own question.