Why does wolfram answer as such in this example for surface area and volume of revolution on an area crossing the axis? 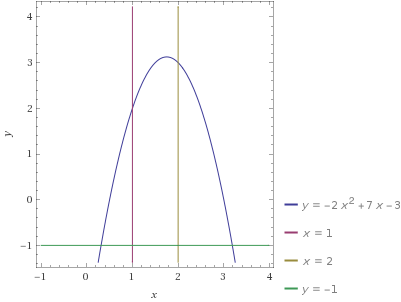 It appears that in the interpretation of Wolfram Alpha, two regions on opposite sides of the axis cancel each other out rather than simply reaffirming that the points swept by both are part of the solid.

I suppose one could argue whether this is a good interpretation. It could come down to this: what is the purpose of rotating a region that crosses the axis of rotation?